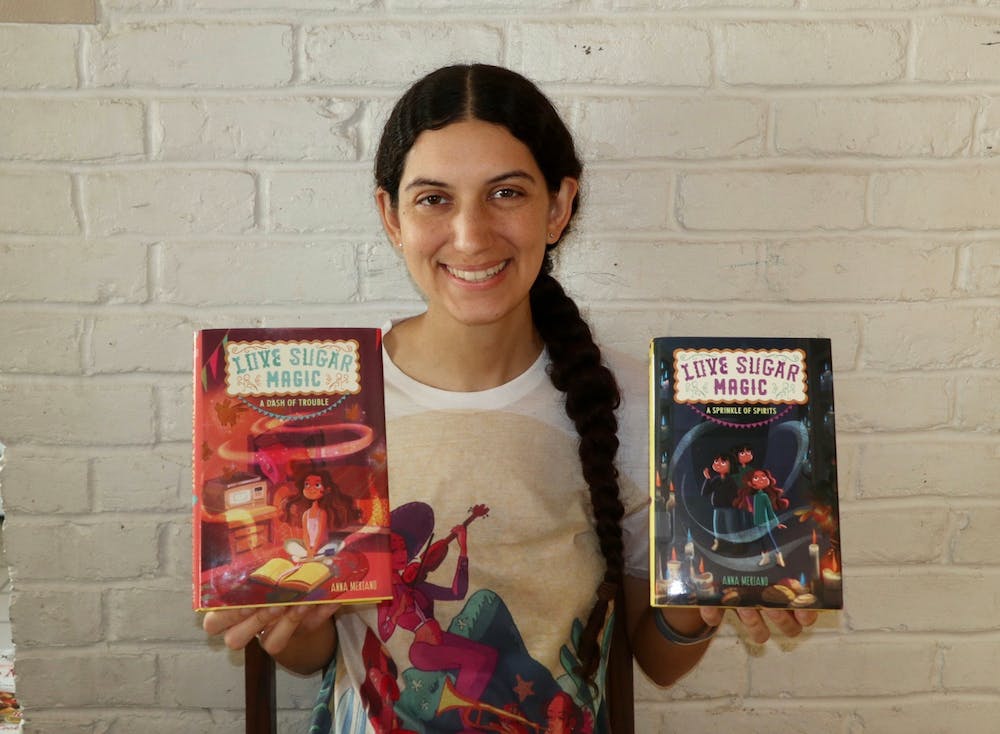 Meriano did not always think being an English major and having author aspirations was a practical choice, though. While at Rice, she decided to pursue a certificate in teaching as a backup plan but soon found she was just as passionate about that as she was writing. This led to her working as a tutor for Houston-area students.

“I think I kind of always knew I wanted to be a writer, [but] I think there were definitely times throughout high school and college where I thought, ‘Oh it’s not practical, I’m going to make sure I have a practical backup plan.’ That’s why I went for my teacher certification,” Meriano said. “But I’m glad I did it, because I found out that teaching is also a passion.”

For Meriano, Rice was a vital time to hone her writing skills and make valuable connections. She said she deeply appreciated the community Rice was able to provide her with and took part in activities like Rice Players, the Marching Owl Band and the (now nonexistent) Rice quadball team. She even went on to find a quadball community during her time in an MFA Creative Writing program at The New School in New York and has used the sport for inspiration in some of her stories.

“I actually met a team in New York City [during undergrad] and was able to talk to them in advance and have some people that I knew and somewhere to go that wasn’t just my 12-person [creative writing] program,” Meriano said.

One of her most formative experiences at Rice, though, was a public speaking class with English professor Dennis Huston, now retired. Meriano said she was able to learn skills that prepared her for her job as a tutor, as well as speaking at author events and panels.

“It was the whole semester of just everyone giving speeches, so it was very good practice. Uncomfortable practice but good practice,” Meriano said. “Speaking events for a writer, as a kid lit writer, especially school visits, are a way that a lot of [writers] supplement their income.”

Because of the impact her favorite stories had on her as a child and the comfort they still bring her, Meriano said she had always been interested in middle grade writing despite the lack of children’s literature classes at Rice. Recalling childhood stories that lacked adequate female or diverse representation, Meriano said she wanted to be mindful of what younger generations were subconsciously absorbing through her books.

“We want to be extra cautious about what we’re putting into books to make sure nothing is slipping in that will build up biases, prejudices or hurt readers, like lower their self esteem without meaning to,” Meriano said. “[For] kid lit, I think we’re all extra aware of the power that we have to influence people.”

Through her stories, Meriano works to be able to celebrate and share her own identities, as well as empowering and highlighting the experiences of others. Her first series, “Love Sugar Magic,” is about a young Mexican-American girl growing up in Rose Hill, Texas who discovers that the women in her family have magical powers.

“It was meant to be a real celebration of the joy of Mexican-American culture, and it was intentionally created for that reason,” Meriano said. “[Writing it became] a big ‘screw you’ to some people and what they were saying about what my culture means or what my life means.”

Meriano also hopes to represent her home state of Texas in a way she rarely encounters in literature.

Meriano said finding friends to swap stories with and support her passion for writing, quadball and everything in between was vital in getting to where she is today. She encourages current undergraduates, not just other aspiring authors, to find communities at Rice that can help support them.