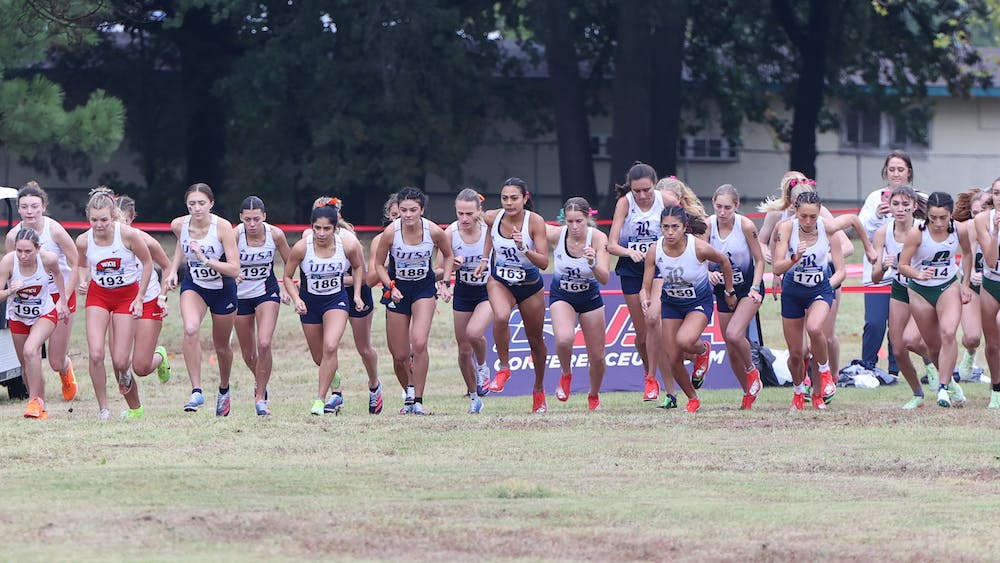 For the women’s team, seniors Caitlin Wosika and Alyssa Balandran placed No. 10 and No. 13, respectively, and junior Taigen Hunter-Galvan placed No. 11. All three received second-team all-conference honors. Senior Lina Spjut and freshman Ame Attenborough placed No. 24 and No. 25 to round out the top 25.

According to women’s head coach Jim Bevan, the team, which was missing last year’s conference individual champion, Grace Forbes, stepped up in spite of its injuries.

“I was extremely proud and happy with our performances today,” Bevan said. “We have been less than 100 percent healthy recently and have had to make training modifications. The team responded with, on a personal basis, the best performances of the year or their careers. You cannot ask for any more than you can give, and they all gave the most of themselves and we finished as high as possible. I am immensely proud of this team”

For the men’s team, sophomore Elliot Metcalf and junior Travis Dowd were awarded third-team all-conference honors for finishing at No. 20 and No. 21, respectively. Jon Warren, the head coach of the men’s team, said he was proud of his squad’s performance on Saturday.

“We packed up very well today which resulted in [a] solid team performance,” Warren said. “Elliot [Metcalf] and Travis [Dowd] earned all-conference honors leading this tight pack. Overall, it was a good day, and the team gave solid performances.”

Next up on the schedule for both teams is the NCAA South Regional, which will be hosted by Texas A&M University Nov. 11. Last year, the women’s team took second at regionals to earn a ticket to the NCAA championships.

Wosika said her tenth-place finish on Saturday will give her the confidence to perform well in College Station.

“I definitely surprised myself with my performance at the weekend and it has given me a much-needed confidence boost going into Regionals,” Wosika said. “I tend to race better with a couple of good performances under my belt, so I am excited to see what I will achieve. The field will be strong, but we know the course well and are ready to fight for that Nationals spot.”