Soccer rights the ship just in time for postseason 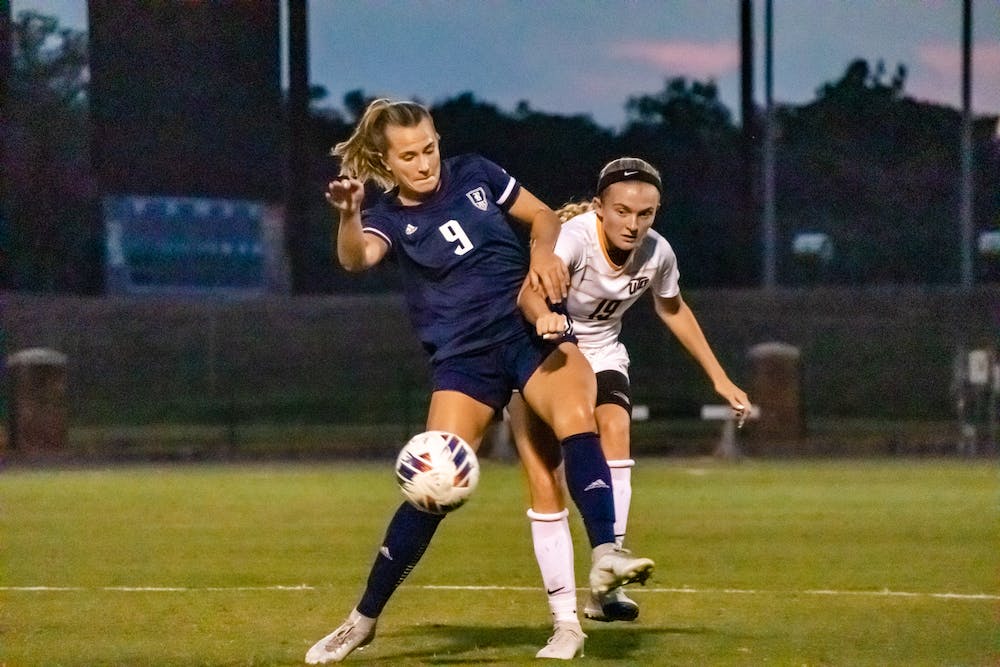 A little less than two months ago, the Rice soccer team was in troubled waters. As the final whistle blew on their last game before conference play, sealing a 5-0 loss to reigning national champion Florida State University, the Owls had a 2-6 record. From the outside looking in, it seemed as if the Owls were destined for a disappointing season. But since then, the Owls have swept all of their Conference USA opponents, aside from one non-conference tie, and set themselves up for what is bound to be an exciting conference tournament. According to head coach Brian Lee, their early results came from a lack of familiarity between new and experienced players.

“Half the team on the field at any point hadn’t played together when we kicked off,” Lee said. “Then it just took us a little while to get comfortable.”

In the ten conference games that the Owls played, they conceded only three goals while netting 19, and leading C-USA in both categories. Their wave of success started immediately after the loss to FSU when Rice visited the University of Texas at San Antonio. This became their first in a series of four straight wins to more than double their season total and showcase the potential that the team hadn’t shown during the non-conference season. Their only loss since the FSU game came at the hands of Texas A&M in College Station, where the neck-and-neck game was decided by a late, long-range free kick. Despite the loss, Lee felt confident about the team heading into the latter half of conference play.

“It was a good training environment for the stretch run of conference play, especially being able to defend that well against a good team,” Lee said.

They were welcomed back to conference play by the University of North Texas, who currently have the second-best record in the conference. A 2-0 win against the Mean Green sparked a streak of four straight games where they didn’t concede a single goal – the last of which was a win against Western Kentucky University on Rice’s Senior Night. The Owls closed off their last two conference games with a 3-1 win against Middle Tennessee State University and a 0-0 draw against the University of Alabama at Birmingham, both games featuring a high number of minutes from Rice’s bench to rest the starters for the upcoming conference tournament.

Throughout the undefeated conference season, the Owls relied on the performances of veteran players. Since the start of conference play, graduate transfer forward Grace Collins leads C-USA players in goals and points with seven and 16, respectively, and senior midfielder Delaney Schultz following just behind with five and 12. Rounding out the pitch, senior goalkeeper Bella Killgore leads the conference in shutouts with seven and is second in saves with 49. Outside of the statsheet, many players have stepped up in their roles to provide quality performances, leading the team to tying their best conference record in school history. Lee emphasized how the connection between the new and experienced players contributed to the conference success.

“I think it’s a nice mix between the newcomers and the older players,” Lee said. “[We already had] some great veterans in the team, but [adding] Grace [Collins], [graduate midfielder] Madi Allen, [freshman defender] Carsyn Martz, [freshman midfielder] Kallie McKinney and [junior forward] Shelby [DesRoches, coming off an injury last season], has made a really big impact.”

The C-USA Tournament begins on Wednesday, Nov. 2 at 6 p.m. against the University of North Carolina at Charlotte in the quarterfinals. Despite their success in conference, Lee believes that the team can keep improving at the conference tournament and beyond.

“We’re always trying to progress and get better, just keeping focus on improving,” Lee said. “One thing we’re pretty certain of is that we still have room to grow, and the best is still yet to come.”