Rock On, Rice: KTRU to host Battle of the Bands 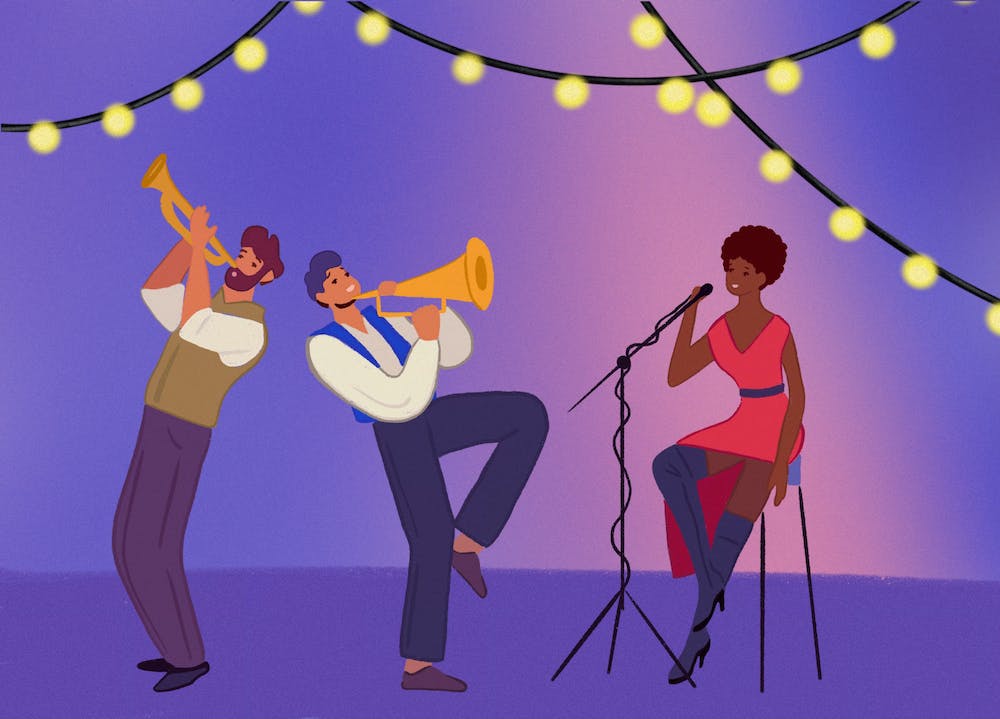 This Friday night, student bands from across campus will take their places under Pub’s blinding lights and face off in this year’s Battle of the Bands. The battle, which will begin at 7 p.m., is being hosted by KTRU and the Rice Music Collective, and its winners will get to perform at the KTRU Outdoor Show in the spring.

Matthew Sun and his band, Breakable Men, will be among the groups vying for the crown. According to Sun, the return of the Battle of the Bands has already had galvanizing effects on Rice musicians.

“I think this event has promoted a lot of people to try [to] form bands,” Sun, a McMurtry College sophomore, said. “I’ve had so many friends reach out to me and be like, ‘Hey, I’m starting a band for this Battle of the Bands thing.’ So I think this is a positive development for the Rice music scene.”

Thelonious Mercy, a sophomore from Martel College, is one such example. His band has only been together for a few weeks but plans on competing in Battle of the Bands. Mercy says the connection between performers and audiences is what drives him to share his music with others.

“Playing music is something I’m very sensitive about. Going up on stage is terrifying because I’m showing this part of myself that I usually don’t like showing off,” Mercy said. “So I feel like there is a connection you have with the audience, like, you saw me do this thing that I’m kind of insecure about.”

For organizer Ethan Perryman, the artist-audience connection fostered by live music is particularly meaningful when both groups come from within the Rice community. He said that this year’s event will mark the first time the competition has happened since the pandemic began.

“[It’s exciting to be] blurring the line between the performers and the audience and having it be your friends [or] people from your college or your club or your O-Week group that are up there on stage playing,” Perryman, a Baker College senior, said.

Mercy shares Perryman’s sentiment. For him, the Battle of the Bands and similar events are opportunities to learn new things about his peers.

“Everyone knows each other [at Rice],” Mercy said. “You’ll have people go up and you’ll be like, ‘Oh, yeah, that guy’s in my SOCI class. I didn’t know he could shred on an electric guitar.’”

As much as the Battle of the Bands will nurture community, it’s still a competition. Teddy Hubbard, a member of the band Rice and Beans, welcomes the competitive atmosphere.

“If it’s just a concert and your friends are there supporting you, you can mess up or play not your best and they’ll still support you because they’re your friends,” Hubbard, a Wiess College sophomore, said. “But if it’s a Battle of the Bands and there’s judges and you’re playing against other really good musicians, [you get] that extra sense of drive.”

Sun said he’s noticed the effects of competition in his own band as well and hopes to make the experience engaging for the audience.