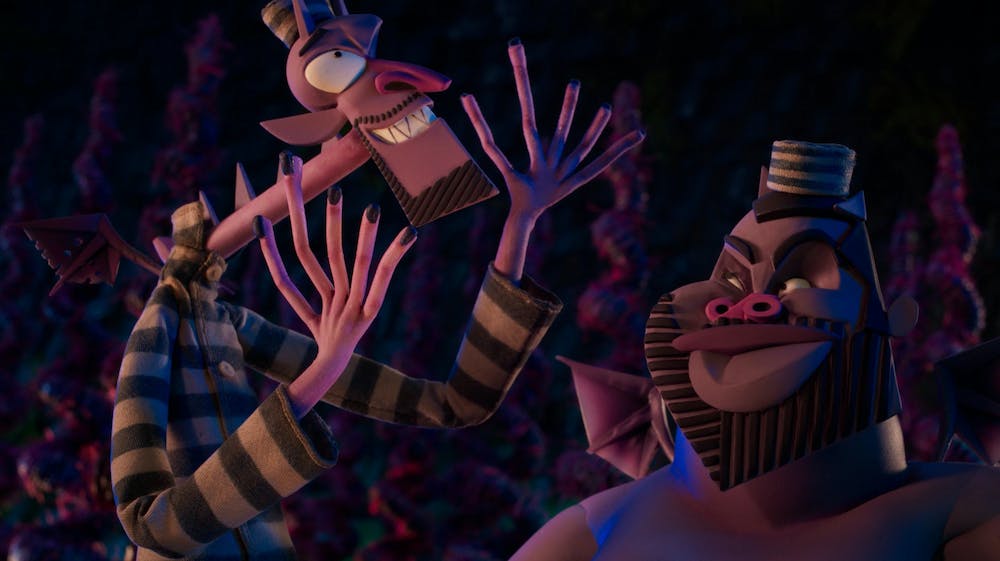 Thirteen years after the critically acclaimed film “Coraline,” stop-motion animation virtuoso Henry Selick released a new feature, “Wendell and Wild,” on Netflix last Friday. Just as “The Nightmare Before Christmas” paired Selick with Tim Burton, this new film is built upon a partnership: this time with Jordan Peele. “Wendell and Wild” is certainly more whimsical than most of Peele’s recent horror films, but his passion for the genre seeps into every aspect of the film, and is complemented extremely well by Selick’s experience within the realm of stop-motion animation. The duo have created a bewitching world of devils and witchcraft that is stunningly animated and realized, though the film begins to crack when its finer details are examined.

The film follows Kat Elliot, an orphaned girl who has recently moved into a new girls' academy after a stint in juvenile detention. While adjusting to her new environment, the rebellious Kat is confronted by two demons who claim they can revive her parents. Kat agrees to make a deal with the devil, and chaos begins to break out as the deal falls apart.

The quality of the animation in “Wendell and Wild” cannot be understated. Stop-motion animation is an infinitely daunting task, but Selick’s ability to create visually striking designs and keep up a wonderfully kinetic energy in each scene is incredibly impressive. Each sequence is animated perfectly, capturing a unique gothic visual style that is juxtaposed with bright pastel colors. These contrasting visuals complement the contrasting tone of the film: some moments are delightfully eerie and others are more reminiscent of a straightforward children's film. This commitment to two very different tones bleeds into the message of the film. It tells the audience to overcome their fears, while also explicitly depicting these fears as a horror movie would.

This creativity, however, begins to overflow after a certain point. As the film continues, more characters and ideas are continually introduced and often not fully explained. It feels as though certain lines of dialogue that would have contextualized the film’s world are missing. Horror movies can be great regardless of whether they do or don’t explain  themselves, but “Wendell and Wild” attempts to have it both ways, creating more questions than answers. Convenience and contrivance also mar some of the key moments in the story. Scripts for children’s movies often fall back on these crutches, but I expected more from the film given its more adult tone.

Furthermore, the pacing dragged for me as the film continued. For a film that is bursting with creativity in both its visuals and world-building, it is disappointing that it has the same structure as every other Hollywood animated film. However, while many details are underdeveloped, some of the script’s choices are admirably bold. For instance, the main antagonists of the film are two private prison developers, infusing the film with unexpected political commentary. When weighed against each other, the style of “Wendell and Wild” clearly outweighs its substance. The script is unremarkable and bloated with ideas, but its execution is so masterful that I couldn’t help but enjoy watching the film. The choice to reunite Peele with Key and cast them as the two leading demons also made the film an easy watch, as the two’s chemistry picks up as if they never stopped making skits. Ultimately, “Wendell and Wild” is great when it revels in its creativity, but subpar whenever it tries to explain itself.