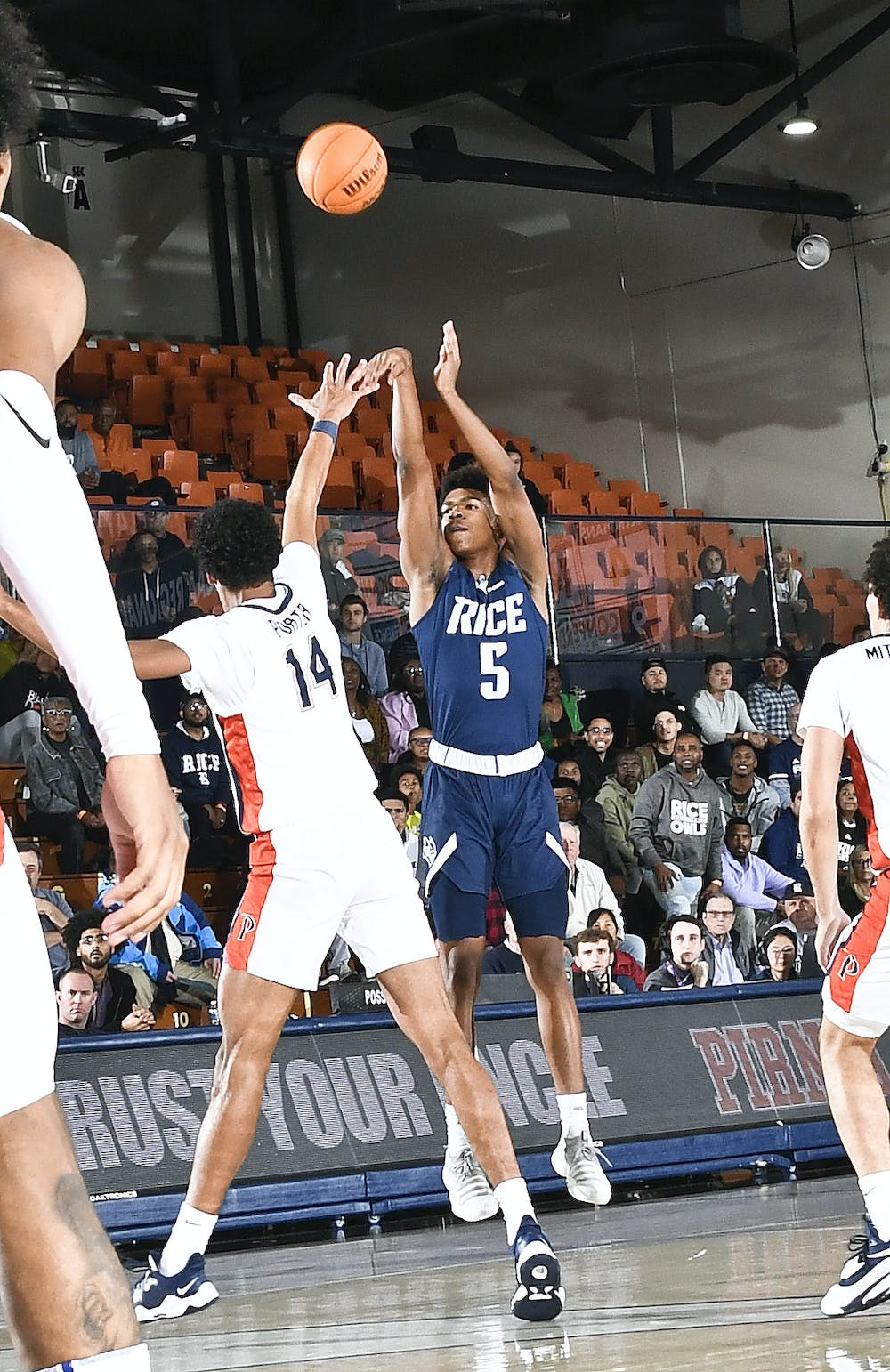 The Rice men’s basketball team fell to Pepperdine University with a final score of 106-67 on Monday night’s season opener. Starting their season with a loss in Malibu, the Owls main contributor on offense was junior guard Quincy Olivari, who led the team in scoring with 15 points, and assists with six. The Owls struggled to score throughout the game, shooting 38% from the field while the Waves made 63% of their shots and converted 50% of their three-pointers.

“We shot it poorly early,” Pera said. “We missed point-blank layups. We missed shots from guys who usually make them, and their good shooters didn’t miss shots. It is a make-or-miss game, but our defense was obviously less than stellar. It’s extremely disappointing.”

For much of the first half, both teams were evenly matched. After being down 7-4 early in the game, the Owls were able to construct a run that gave them a 12-7 lead. However, that didn’t stand for long, as the Waves engineered their own drive that gave them a 17-13 advantage. With 10 lead changes and five times that the score was tied, this back-and-forth continued for the majority of the first half. However, a buzzer-beating three-point shot by the Waves gave the hosts a 46-38 halftime lead.

At the start of the second half, both teams continued to trade baskets. However, four minutes into the half, the Waves started to pull away after putting together a 14-3 run, giving them a 62-43 lead with 16 minutes left in the game. The Waves followed this up with a 15-4 run, putting the game firmly out of the reach for the Owls. The hosts were able to protect the lead through the remainder of the game to hand the Owls their first loss of the season.

According to Pera, the defeat was an unforgettable one but he assured that his team will improve from their opening day defeat.

The Owls hope to get their first win of the season when they host the University of St. Thomas on Thursday, Nov. 10 at 5 p.m. for their home opener.