Cross country season ends quietly for both teams at regionals 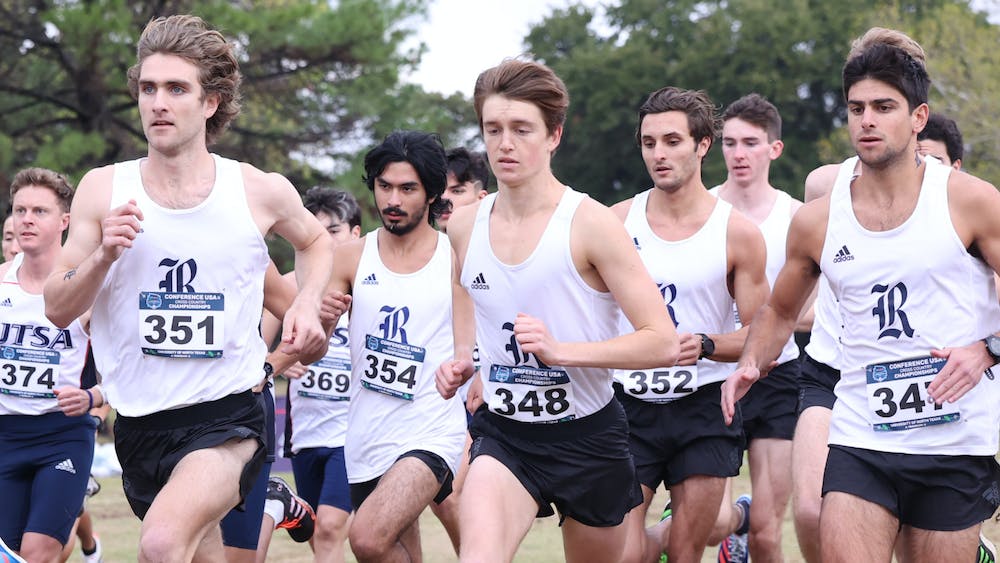 Rice’s Cross Country season ended at the South Central Regional Meet on Nov. 11. The women’s team, coming off a third place finish in the Conference USA Championship, crossed the line ninth this weekend, falling short of their second place finish and NCAA championship berth attained last fall. In a season plagued with injuries, the Owls were missing some of 2021’s most impressive runners, including last year’s regional champion junior Grace Forbes. This year, junior Taigen Hunter-Galvan led the Owls in nineteenth place with a six-kilometer time of 21:04.2, improving on her twenty-first place 21:25.5 run at 2021’s regionals. According to Hunter-Galvan, the team had their eyes set on nationals again before injuries got in the way.

“There’s always room for improvement, critique and self ridicule, so it’s hard to say I’m satisfied,” Hunter-Galvan said. “Coming off of last year’s second place finish as a team at regionals definitely set the bar high. With our potential this season, the end goal was to qualify for nationals with my team, but this year we weren’t able to all be healthy at the same time.”

The men’s squad performed similarly, finishing at eighth, a solid six ranks higher than the projected No. 14. Junior Travis Dowd led the crowd at No. 46 with a 32:15.3 in the 10-kilometer race, closely followed by junior Daniel Cohen at No. 49 and freshman Jackson Moran at No. 56.

“I can’t say I am satisfied with how we finished the season,” Dowd said, “but I am proud of how each and every guy on the team fought in the regionals race.”

Both teams will now turn their focus to next season. With nearly the entire roster returning, Dowd is optimistic about what the men’s team can do in 2023.

“We have no one from our top seven graduating this year, and we have a few additions that will make us an even stronger team,” Dowd said.“I am very much excited for what our team can do both in track this year and in cross country next year.”