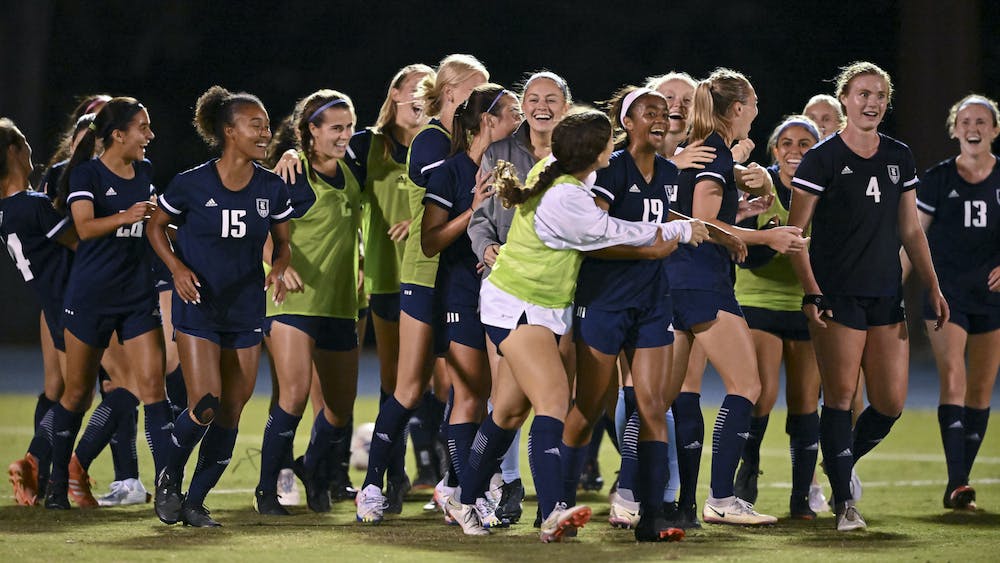 Junior defender Jaden Roberts picked the perfect time for her first career goal. With 10 seconds on the clock and the Owls’ Senior Night game tied at zero, graduate forward Grace Collins lined up for a corner kick and sent it into a sea of Owls and Western Kentucky University Hilltoppers. The ball bounced to Roberts, whose shot found the back of the net, sending the Owls into celebration as the clock hit zero. After the game, Roberts recounted the dream goal.

“The ball just bounced my way,” Roberts said. “I know my left foot is not the greatest but today it worked out great. I think it’s like one of those dreams where you score on your senior night. All four years accumulated to this one game, and it feels amazing. It’s very surreal, I can’t fully explain it.”

For the first 89 minutes and 55 seconds of the game, neither team could find a way to score. A large part of the scoreless spell was senior goalkeeper Bella Killgore, who notched her seventh shutout of the season and contributed three saves to the Owls’ efforts, including a crucial diving save in the 70th minute. According to Killgore, the team didn’t play their best but was able to find a way to win when it mattered most.

“I think we didn’t play that well as a team, but sometimes you just have to find a way to win and wow what a goal from Jaden,” Killgore said.

While they were unable to find the net until the game’s final seconds, the Owls’ offense controlled a large portion of the game, with 13 shots, compared to the Hilltoppers’ seven.

After the win, head coach Brian Lee said that the seniors winning their last home game made the win extra special.

“What a wonderful senior night,” Lee said. “Western kept fighting and got further back into the game and it sure looked like it was going to be nil-nil but what a great goal for Jaden. For her to step up and get the game-winner … That’s a Senior Night that they will remember. It was a great way to send off a wonderful group that’s meant a lot to the program.”

Roberts, the hero of the game who has played in 31 games with the Owls along with two stints on the Jamaican U17 and U20 National Teams, was one of 13 academic seniors, including some who are listed as juniors due to an additional year of eligibility in said “wonderful group” being honored before the game. The highly decorated senior class has etched their names in Rice soccer history highlighted by a Conference USA championship and an appearance in the NCAA Tournament Sweet 16 during the 2020-2021 season. But according to Roberts, the bond that the seniors have created is greater than any on-the-field accomplishments.

“I love [these seniors] like family,” Roberts said. “We’ve been together for four years and some just for this current year but as a team on and off the field we’re a tight family. We care about each other, we want to help each other and it feels so good to be playing with them my last year.”

The Owls, who clinched the 2022 C-USA regular season title thanks to a University of Alabama at Birmingham loss on Sunday, now enter a road stretch where they take on their final two opponents before the conference tournament. Thursday’s win improves the Owls overall record to 10-7 and, for just the second time in program history, a perfect 8-0 conference record. According to Killgore, the Owls are not only looking to mark their first ever undefeated conference season but make a deep run in the postseason.

“We need to take these next couple games of our conference regular season and just keep getting better,” Killgore said.  “We’re going to keep preparing for the [conference] tournament because our goal is to win the tournament and go to the NCAAs.”