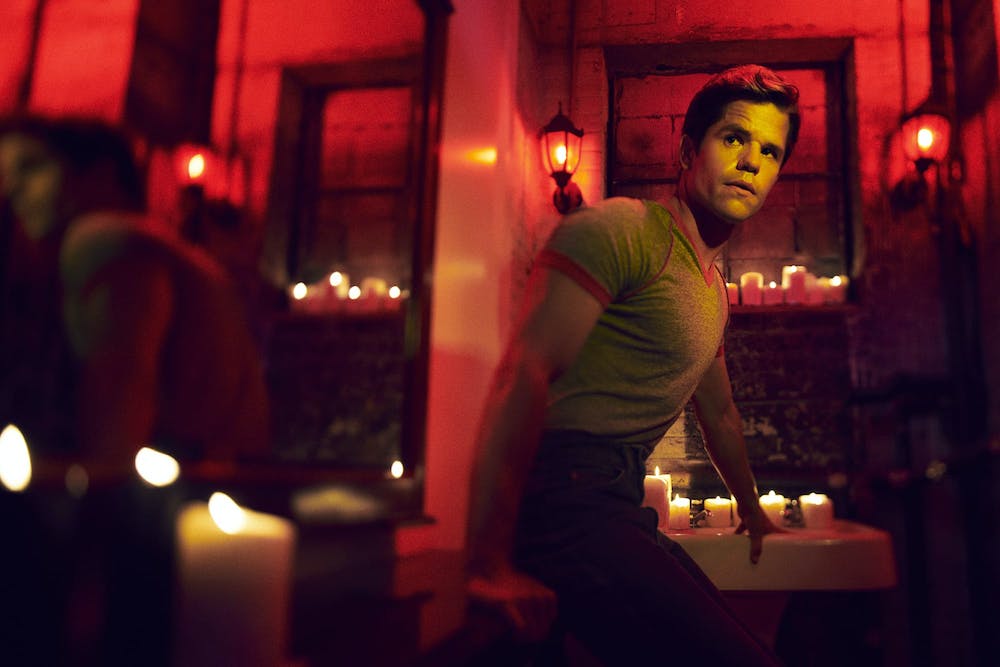 Content warning: This piece contains references to gore and rape, which can be triggering.

Admittedly, anticipation was not high for "AHS: NYC," season 11 of "American Horror Story," Ryan Murphy's critically acclaimed horror anthology series. Coming off the heels of "Dahmer" and "The Watcher," both chart-topping Ryan Murphy productions, "AHS: NYC" felt more like a whisper of an afterthought. Devoid of any trailers or promotional material, save for a handful of posters featuring inert and glossy models, limbs splayed, decked out in leather and bondage gear, many fans feared that "AHS: NYC" would mark the final pitstop of the show's downward plummet.

There may still be hope, though.

"AHS: NYC" takes place in the queer milieu of early 1980s New York City, following a string of killings of gay men. A large portion of the first two episodes centers around unearthing the identity of the serial killer, a colossus of a leather harness-clad man, aptly dubbed "Big Daddy." Original fans of "American Horror Story" may notice parallels between Big Daddy and Rubberman, a similarly violent and leathery killer that haunted the Murder House in the first season of the show.

In a detour from previous "American Horror Story" seasons, the eleventh installment has a slower, almost tamer pace. The first two episodes are slow-burn, gradually accumulating tension. Much of the murders and torture occur off-screen or are obscured through a hazy first-person point of view. This isn't to say that "AHS: NYC" is completely devoid of gore, but a handful, no pun intended, of severed hands at the end of the second episode doesn't hold much of a candle to the violent rapes of "AHS: Hotel" or the brutal dismemberings of "AHS: Roanoke."

The decision to reduce the amount of gore in "AHS: NYC" was a conscious one; Murphy is far too seasoned of a writer and producer to do otherwise. Underscoring the first two episodes is a gradually crescendoing tension between the queer community and New York City's largely apathetic and homophobic law enforcement. As more and more violence, albeit off-screen, happens to gay men, the less action police officers are keen to take. Gino (Joe Montello), a gay journalist, fervently tries to fight for visibility. But, without the momentum of law enforcement or even the outright support of Patrick (Russell Tovey), his closeted cop boyfriend, there is little impact Gino's cries can make on the larger stratosphere of New York City in 1981. As the episodes continue, there is an undercutting vein of anxiety — gay men are dying, and nobody will do anything about it — that keeps widening.

As such, Murphy doesn't need to lean on gore and horror. Queer history is a horror story, and by letting the dismemberings take a backseat, Murphy allows that theme to shine through.

Of course, this isn't to say that "AHS: NYC" came without its confusions. Plotlines are interwoven, sometimes messily. A second killer is introduced, supposedly. Billy Lourd's doctor-epidemiologist character seemed to be forgotten just as quickly as she was introduced. Big Daddy is, for starters, a serial killer named "Big Daddy." Though delightful, why does Patty Lupone sings "Fever" in a bathhouse of naked men? Many of this season's quirks and oddities keep in line with the campy theatrics that "American Horror Story" has so often produced, if not demanded — but there is often a thin line between camp and mess, and Murphy should be careful about toeing that line.

Regardless, the slow pacing of the first two episodes gives the season's plot some room to breathe and hopefully blossom. Murphy's shows are often notorious for starting off well and tanking by the end — think of "AHS: Double Feature," the poorly received tenth season. Only the next four weeks will tell if "AHS: NYC" plays out well, but the first two episodes provide solid footing to do just that.