Cross-country tunes up for conference at A&M meet 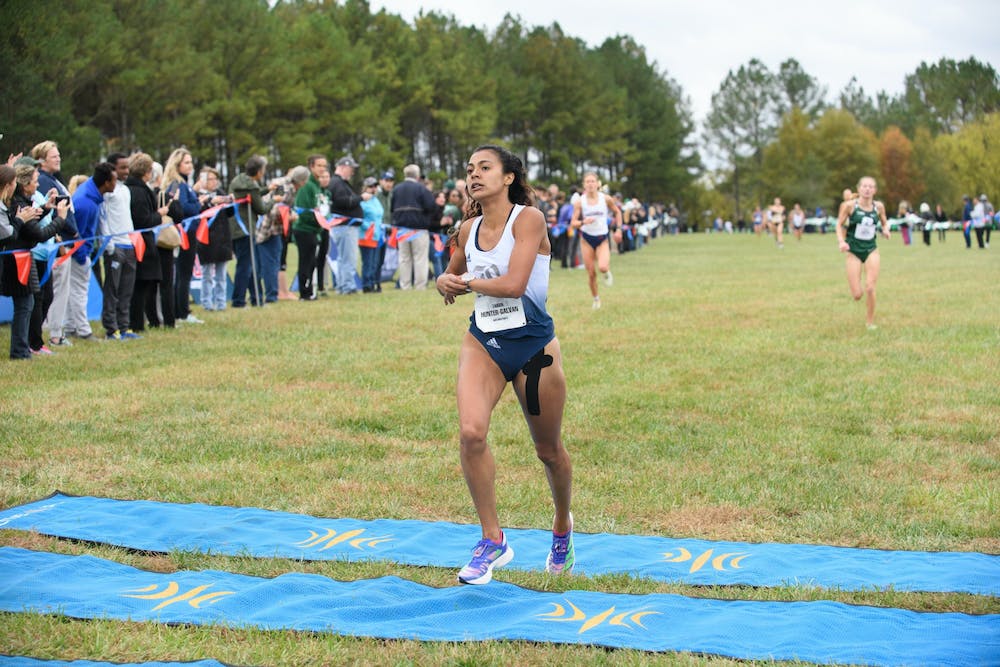 Their sport may be called cross-country, but the Owls long-distance runners traveled a fraction of that distance on Saturday when they made the hour-and-a-half drive to College Station for the Arturo Barrios Invitational. Rice’s women’s team took 14th place out of 37 teams, while the men’s team took 20th out of 41 at the Texas A&M University-hosted meet, their last before conference. According to men’s head coach Jon Warren, injuries kept his team from performing as well as he would have liked in their tune-up race.

“We had hoped to have a better day than we did,” Warren said. “But a few calamities occurred that kept us from doing what we could have. Specifically, we had issues with a few of our top guys – three of which have been in our top five in the last two meets and were unable to finish this morning.”

The highest-placing Owl on the day was junior Taigen Hunter-Galvan in 20th place on the women’s side, while junior Travis Dowd, who took 45th place, led the way for Warren’s team. According to women’s head coach Jim Bevan, Hunter-Galvan has made significant strides this season.

No other Owls placed in the top 75, but senior Lina Spjut on the women’s side and freshman Grant Samara and junior Daniel Cohen on the men’s side cracked the top 90. According to Warren, despite their struggles as a team, he thought that Dowd, Samara and Cohen had strong individual showings.

“Travis had a good day, as did Grant and Daniel,” Warren said. “They stepped [up] to salvage what we could out of today.

The men’s team day was highlighted by their underclassmen. In addition to Samara, freshmen Jackson Moran and Will McDermott both cracked the top-150 to round out Rice’s top-five competitors. The women’s team’s showing wasn’t quite as underclassman-heavy, but sophomores Ellie Schweiker and Katlyn Schmeltzer both contributed top-140 finishes.

Notably, junior Grace Forbes, who won last year’s NCAA South Central Regional, didn’t compete. According to Bevan, the fact that they were missing some key players gave others a chance to step into more important roles on Saturday.

“We were not at [a] 100 percent roster as a team today,” Bevan said. “But that was a blessing in disguise as it helped put others in a position to step up and I am happy with the way they competed.”

Now, both teams will turn their attention to the Conference USA Championships, set for Oct. 29 in Denton. The women’s team will look to build off of a third-place finish, led by Forbes’ first-place run, at last year’s championships. After their strong showing at conference, the team went on to place second at the NCAA South Central Regional and qualify for the NCAA championships. The men’s team, on the other hand, placed fourth at conference last year before a fifth-place finish at regionals ended their postseason. According to Bevan, now that the team has time to get healthy, he thinks they will be at full strength as they try to make another run deep into the postseason.

“Now we have two weeks to be our best at the conference [meet], and I am optimistic we can be,” Bevan said.