Rice’s newest a cappella group chimes in on Chinese culture 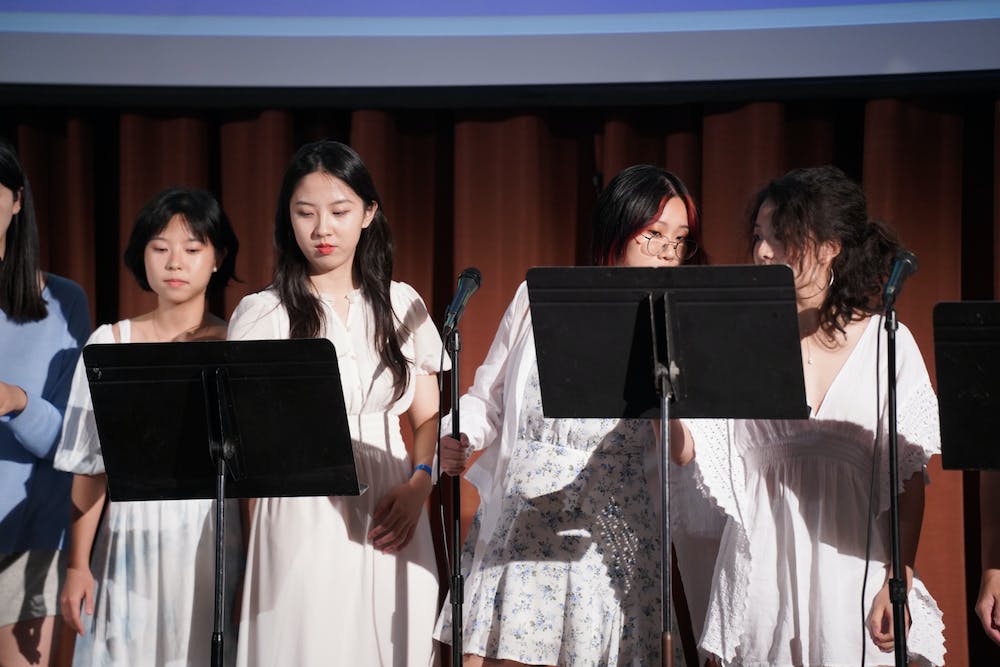 Rice’s newest a cappella group, the Chimes, is adding to campus’s vibrant music community. According to the club’s vice president, Anita Zhou, it is the first and only Chinese a cappella group at Rice. Co-president Alexia Huang was inspired by the chimes, a Chinese instrument, in creating its name.

“They usually make a set of chimes and each plays a different tone … and then [they] harmonize them together,” Huang, a Wiess College junior, said. “[It] has [a] similar feeling as a cappella, where we also play different tones and try to harmonize with each other.”

Founder and co-president Lu Lu started the club two years ago during the pandemic as a remote student in Shenzhen, China. She then registered the Chimes as an official club after returning to Rice last year. Since its founding, the group has grown — the Chimes just had their first auditions and now has around fifteen members. According to Huang and Lu, the group now totals around fifteen members, in addition to a photographer, composer, web developer and social media team.

Now that the group has expanded, Lu said that they plan to continue performing at various events and charity venues, in addition to collaborating with some of the other a cappella groups on campus.

“Last year we performed at a Parkinson’s disease fundraiser, and this year we’re looking for similar opportunities,” Lu said.

The group is using a mixture of songs arranged by their composer, Moses Zhao, a Wiess College sophomore.

“The song that we are going to do [for] the rehearsals this afternoon is called the Big Fish. It’s an [original soundtrack] of a very famous Chinese movie called The Big Fish and Begonia,” Lu said. “It’s a movie in cartoon style, but it tells the stories that happen in ancient times.”

In the future, they would like to arrange songs that feature both Mandarin Chinese and English.

“We definitely previously thought we wanted to be all Chinese or Mandarin so that it can represent more about [our] culture,” Zhou, a Will Rice College senior, said. “But fusion is a better choice when it comes to promoting the culture and also letting more people get involved in singing itself. So what we’re going to do is try to design songs that [have] an English version and a Chinese version.”

Zhou said that another way the club is increasing accessibility is by offering one-on-one mentoring to help new members improve their music skills.

“We would like to design a mentor-mentee program so that all the people who would love to sing and know more about music theory can join this program, and we can have a one-on-one relationship and [help] them develop as singers,”  Zhou said.

Other projects include producing an album with past and future performances.

“We plan to [release] our first album this semester or the beginning of next semester,” Lu said. “This will include at least six or seven songs from our past performances and also possibly three or four songs from this semester’s rehearsals.”