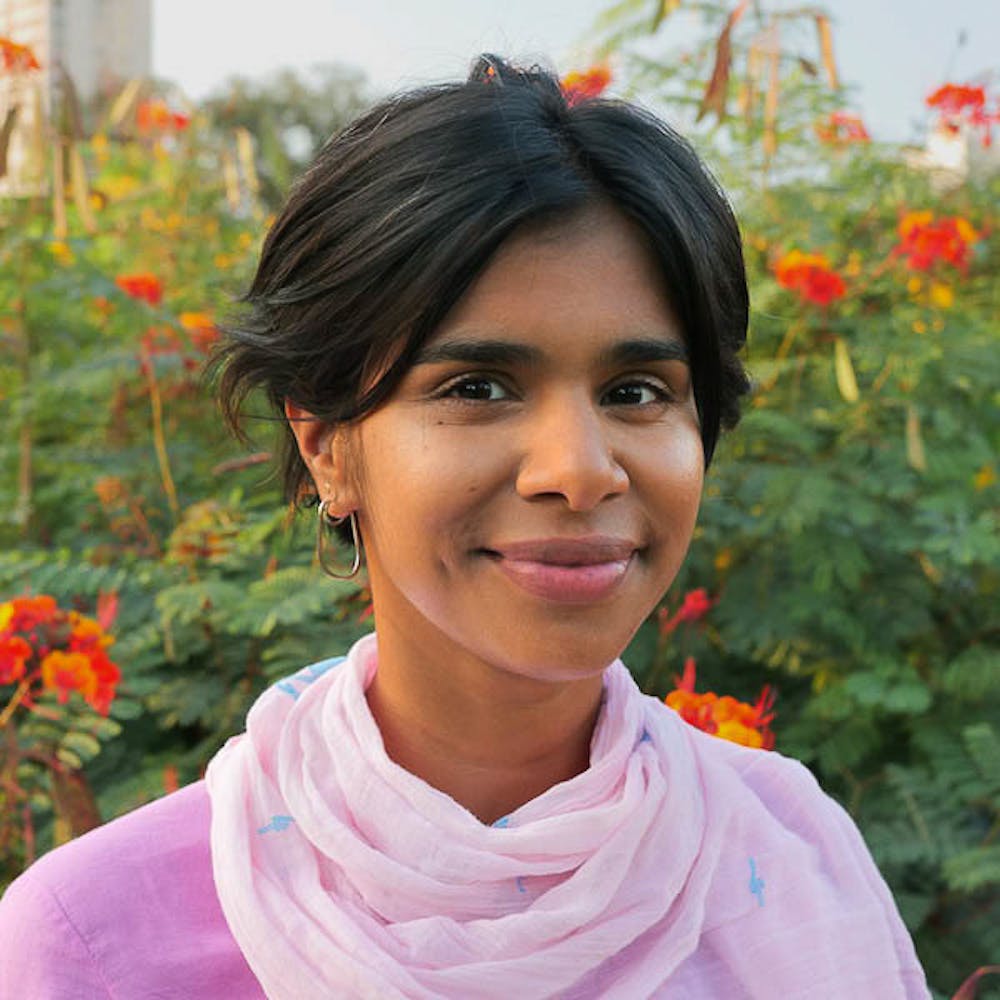 Environmental crises are not typically portrayed as slow in the media, but Sindhu Thirumalaisamy’s award-winning 2019 documentary film, “Kere mattu Kere,” or “The Lake and The Lake,” stands as a counterpoint to the standard environmental activist narrative.

Bellandur Lake is the largest kere, or lake, in Bangalore, India, and it acts as the receptor to sewage released from the rapidly urbanizing city.

“I used to live around this lake before I moved to the US, which is where I started working on this film,” Thirumalaisamy, a Rice assistant professor of film, said. “I lived not in viewing distance of the lake but in smelling distance, which is a much farther radius. I feel like it’s a part of me in some ways.”

Last Thursday, Thirumalaisamy’s film screening marked the first event of the year in the Humanities NOW series. Fay Yarbrough, a Rice professor of history and an associate dean for undergraduate programs in the School of Humanities, began the series during the pandemic to showcase the relevance of humanities research to contemporary challenges in the world.

“People need the humanities to understand what is happening to make sense of what is going on around them,” Yarbrough said.

While introducing the film, Thirumalaisamy explained that Bellandur Lake’s toxic foam, fumes and recurring fires have become the center of international media attention. Those who live near the lake face a daily environmental crisis, even as life persists around its foamy waters.

But the film takes a slower approach, opening to footage of the foam churning over the lake’s surface. We see people and wildlife coexisting — the lake’s migrant communities continue to use the lake for its natural resources and as a place of worship and gatherings.

“I wanted to think about different kinds of beauty, both terrible and socially meaningful,” Thirumalaisamy said.

In the post-film discussion, the audience brought up the film’s depiction of Bellandur Lake’s beauty despite its pollution, and the discomfort that this contradiction brings.

“I think we live in a time of aesthetic confusion when it comes to how we are supposed to relate to some of these things,” Thirumalaisamy said. “When the foam was showing up on the roads for the first time, I read a news article that said that someone got out of their car to go and play with it because they were so enamored by this thing that kind of looks like snow in a place where it doesn’t snow.”

When asked about the title, Thirumalaisamy pointed to China Miéville’s novel “The City and The City,” in which there are two cities that share the same geographical space.

This multifaceted view of the lake was particularly impactful for Caroline Mascardo, a freshman from Lovett College.

“We tend to be very solutions-oriented and have this idea of what is good, what is bad [and] what will fix things,” Mascardo said. “There is a lot more nuance — there are so many layers in terms of who and what is affected.”

In particular, the film showcases the very visible socio-economic and caste divides of Bangalore through the apartment complexes towering over the impoverished settlements closest to the lake. Although the film centers around urbanization in India, Thirumalaisamy believes that there are resonant parallels with Houston too.

“In Houston, like in Bangalore, city planning decides who remains disposable to floods and who remains protected,” explained Thirumalaisamy. “Those kinds of decisions are designed. They come out of policy. And they’re very carefully designed to protect certain people and render others disposable.”

While environmental activists often depict Bellandur Lake as one that needs urgent saving, Thirumalaisamy asks us to critically look at the crisis as inextricably tied to social and cultural challenges. She explained that after the film was completed, many migrant communities were raided and destroyed by the police.

“There are no clear separations between people and environments, [which] I try to teach in my classes,” Thirumalaisamy said.

During the filming process, the lake was both restricted and unrestricted, according to Thirumalaisamy. Despite the signs that warn against trespassing, people still went to worship there, social workers monitored levels of pollution and journalists visited to cover the kere, among others. As a filmmaker, Thirumalaisamy wanted to honor these social interactions and the persisting life that continues to exist around Bellandur Lake.

“The funny thing is that when I started making the film, people would be like, be careful out there, it’s really dangerous over there, there’s no one there,” Thirumalaisamy said. “But I did not sense that I was doing something dangerous just by being there.”

On the other hand, accessing the sewage treatment plant was far more challenging.

“They didn’t have the infrastructure to process the quantities of waste that the city was producing, and so they would let it just pass through,” Thirumalaisamy said. “I could never get that shot because they were so paranoid that I would make them look bad.”