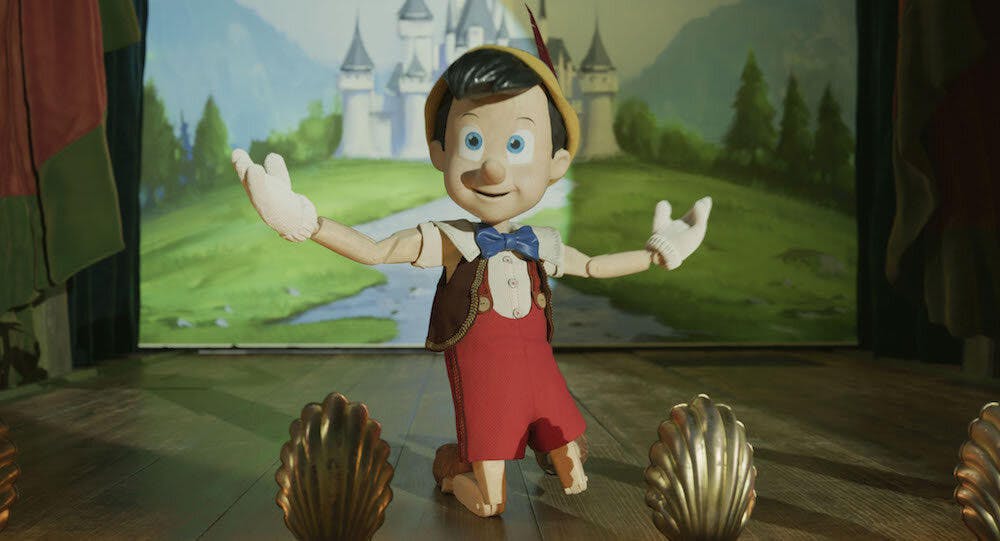 It seems that Disney has officially become inescapable, especially in the world of film. From Star Wars to Marvel to Pixar, Disney has their stamp on movies of every genre, seemingly designed to appeal to every person. Yet despite this rapid expansion, Disney has recently been unable to capture the magic found in the works that put them on the map in the first place. Released on Disney+ last Thursday, “Pinocchio” epitomizes the lack of creativity seen in recent Disney productions, remaking the original film without any of the style or substance that gave the original its staying power.

The primary issue that “Pinocchio” suffers from is the lack of a consistent visual style. Disney has continued to press on with the concept of merging animation and live-action, but in doing so has eliminated the best of both mediums. The animation feels uncannily realistic — the anthropomorphic animals have human proportions contrasting their non-human characteristics. Pinocchio himself looks fairly interesting, with the wooden joints moving in a visually complex way, but he always looks layered on top of the frame, clearly added after everything was said and done. The actual animals suffer the same issue — whenever Tom Hanks turns to address his cat, it is very clear that he is looking at a blank box that was animated later.

The overreliance on CGI and green screen creates scenes that feel fake, as if no two humans were ever on set together. This eliminates any potential chemistry that could have existed and made the performances feel stitched together rather than natural. This makes the movie impossible to engage with because each time I wanted to truly give my attention to the film, I was immediately put off by its shoddy construction of the visuals and aesthetics.

Now, while the technical elements are an issue, these criticisms would be moot if the film were a competent children’s movie. For me, a good family movie has both solid humor and a strong message, both of which “Pinocchio” vaguely achieves.

Beginning with the humor, “Pinocchio” primarily attempts two types of jokes: referential humor and cartoon slapstick. The references feel cynical at worst, as they redirect the audience to other Disney properties, and tacky at best, referencing real-world phrases and people in very obvious ways. On the other hand, the cartoon slapstick never fully lands because of the aforementioned disconnect between the animation and the live-action. Seeing a cartoon character being hit by a comically large hammer is much different than seeing a three-dimensional human-esque character meet the same fate.

Similarly, the messaging of the movie is a mixed bag. The movie’s fast pace prevented it from being outright boring, but it also deprived the titular character of the time to stop and reflect on his mistakes. Notions of trust and familial love are good messages for younger audiences, but they are worthless if the film fails to break them down and explain them in a meaningful way.

While I have had little positive to say about this movie, that is not to discredit the work that was clearly put into this film, particularly by its animators. However, the film ultimately fell short. Any brief flashes of inventiveness were snuffed out by the general lack of creativity at the core of a “Pinocchio” remake. If Disney takes notes on the negative reception to this film and properly uses the unlimited resources they have, they could produce higher-quality work. “Pinocchio,” though, proves that they are certainly not there yet.