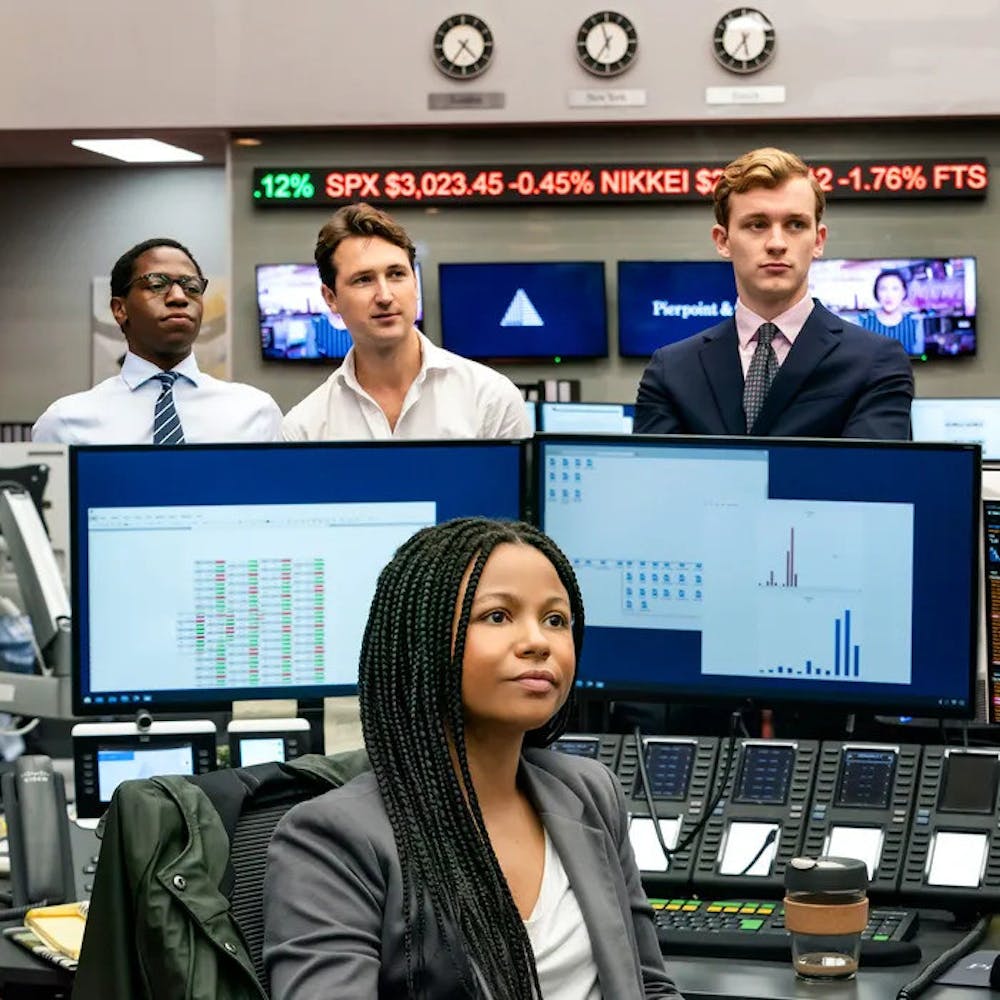 The first season of “Industry” was fun, but bumpy. The HBO show, which focuses on a set of (mostly) young investment bankers at a prestigious London firm, lacked a feeling of cohesive storytelling. The season was nonetheless a success because of its carefully curated vibe. A “Euphoria”-meets-“The Social Network” world with a synth score is one I’m happy to live in, but “Industry” was rife with unfulfilled potential. Fortunately, creators Mickey Down and Konrad Kay put it all together, growing as storytellers and delivering a near flawless second season.

The performances of a large and consistently strong cast play an important role in making “Industry” as fun as it is, but still emotionally poignant. Myha’la Herrold shines in particular as lead character Harper, but every actor delivers with whatever material they have to work with. The instantly compelling and complete characters are imbued with propulsive ambition which contributes to a season with no wasted space. The performances have been fantastic since the pilot, though, with the real improvement coming in the plotting and writing of “Industry.”

Down and Kay make the ingenious decision to not ignore the flaws of last season, but instead embrace them. Storylines that seemed forgotten are brought back, often to emotionally devastating and thematically rich effect. Although the characters were initially allowed to skate by shockingly copious drug use and questionable decision making, this season they finally face the consequences of their actions. Whereas storylines in the first season would exist simultaneously but separately, this season everything converges and nothing is without purpose.

Its focus on class and consequences helps to give “Industry” a consistently strong and provocative narrative. The characters and the audience are forced to consider the morality of a profession whose purpose is to make the uber-wealthy even wealthier. The introduction of Jay Duplass as billionaire Jesse Bloom, made famous by profiting off of the coronavirus pandemic, exemplifies this core struggle of the show. Duplass delivers a fantastic performance, making Bloom feel charming and likable while maintaining an edge that hints he might just be a psychopath looking to make as much money as possible, preferably at the expense of others. While “Industry” clearly has distaste for the economic system it portrays, it is not a crude criticism of capitalism. Instead, its characters exist in various shades of gray, leaving the audience to wrestle with the actions of characters whom our instincts want to force into traditional hero and villain roles. There are no such easy outs in “Industry.”

One of the truly astounding aspects of “Industry’s” writing is its ability to enthrall, despite the confusing and potentially infuriating subject matter. The episode “The Giant Squid” ends on a prolonged trading scene, where characters throw nonsensical lingo back and forth in the effort to make Bloom money he certainly doesn’t need to help a company that probably doesn’t do much good. Rather than simplifying or sugarcoating the process, however, the viewer is forced to play catch-up, creating a sense of anxiety and confusion that animates the scene. Simultaneously, the audience has to consider why we’re even having so much fun watching billionaires get richer — but it’s so much fun.

Much like its characters, the first season of “Industry” was flying by the seat of its pants. The second season, however, catapults “Industry” to one of the best things on television right now. And then, like all great showrunners, Down and Kay blow up the status quo we had just become accustomed to, tantalizing their viewers with where they’ll take things next.