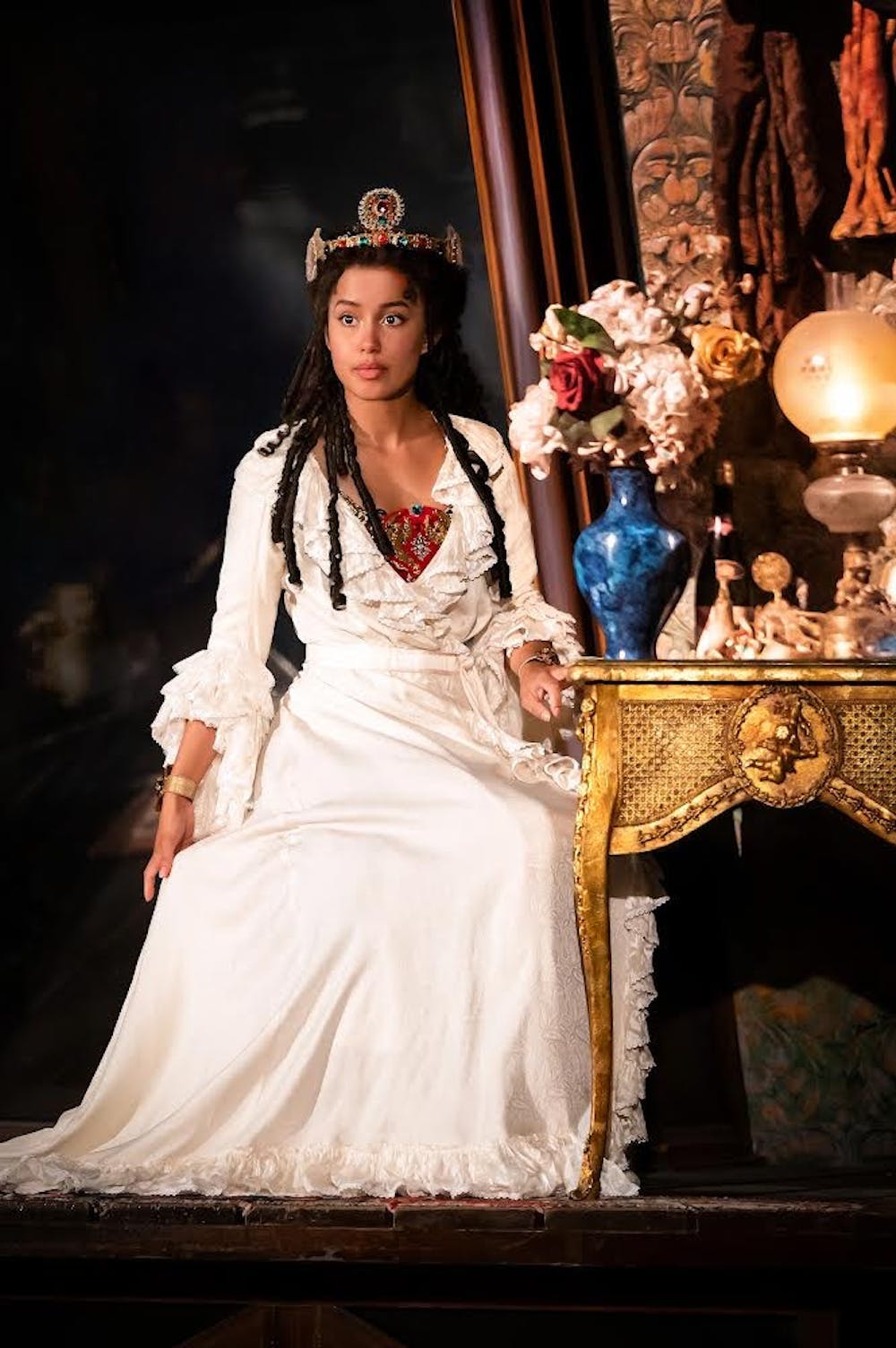 This summer, Rice alumna Kanisha Feliciano graced the storied Broadway stage, performing as the first Latina and second Black woman to play the leading role of Christine Daae in Broadway’s longest-running musical, Andrew Lloyd Webber’s “The Phantom of the Opera.” Feliciano said that the experience was a dream come true.

“My performance as Christine was surreal,” Feliciano said. “I grew up watching her, and now I was on stage, in the costumes. I was very much aware that I was in the act of achieving a childhood dream.”

Before her Broadway success, Feliciano was working towards a different future as an opera singer. After earning her undergraduate degree from Westminster Choir College, Feliciano gained a Master of Arts in music from the University of Houston, where she landed several prominent roles in operas performed at the Moores School of Music.

In auditions for one of her roles, Feliciano questioned whether her racial identity would undermine her chances of being cast because the character, a historical figure, was white. When she did win the role, Feliciano’s confidence was boosted.

“I think that was a good lesson on which spaces you belong in, and, as a performer of color, I feel so many times that I walk into a room and maybe, I’m not wanted or I’m viewed as not qualified enough,” Feliciano said. “That was the first instance where I was like ‘Oh my gosh, I can do this.’”

After her masters, Feliciano earned an artists diploma from the Shepherd School of Music at Rice, where she reunited with Professor Nova Thomas, the voice coach she was paired with during her freshman year at Westminster.

“There were sounds that I just had never made before that Professor Thomas kind of plucked out of me,” Feliciano said. “She taught me how to practice.”

When Feliciano temporarily lost her voice in 2020 after participating in Black Lives Matter protests, Thomas helped her recover her sound and encouraged Feliciano to audition for the role of Christine in an open casting call for “Phantom of the Opera.”

“Professor Thomas rescued my voice,” Feliciano said. “After lockdown and all the protests in Houston, my voice was shot. I was having a lot of technical problems. We did nitty-gritty [training] for a full year, then I booked a Broadway musical.”

Feliciano’s training was put to the test throughout the lengthy audition process.

“I auditioned and got a call back, which was like, holy crap, and then I got another call back, and then I got coaching. And eventually they flew me to New York,” Feliciano said. “Altogether, I sang for them six times [before getting the job].”

Later, when an understudy role for the part of Christine opened, Feliciano was able to join the production, leading to her performance in the lead role as Christine. Although Feliciano’s role as Christine was short-lived, the process was fruitful: she met her agent while auditioning and quickly began auditions for other shows.

In the weeks after her initial audition for “Phantom,” Feliciano learned that she had also been cast in the Broadway musical “Flying Over Sunset,” all over Zoom. She had auditioned by  singing into her laptop microphone, with Pulitzer Prize and Tony Award-winning director James Lapine as her digital audience and her boyfriend listening with his ear to the door.

“I grew up knowing James Lapine,” Feliciano said. “He’s legendary. He hired me right on the spot. I tried to play it cool. I kind of made him say it a couple times.”

Landing a Broadway musical without the chance to show off in-person stage presence is an impressive feat, even for a performer as seasoned as Feliciano.

“You know, this box is so different from being on stage,” Feliciano said while making a square with her fingers to represent her computer screen. “I’m not a television actress. They’re kind of trained to play to this tiny little camera. I was entirely out of my comfort zone.”

But she landed the role despite her initial uncertainty, taking on the role of Clare Boothe Luce’s daughter, Ann, in December of last year.

Feliciano credits her experience at Rice as foundational to her success, describing Rice as a dream school.

“Rice taught me all the practical things that you don’t really think of going into being a musician,” Feliciano said. “Everywhere that a young opera singer wants to be, every competition that they want to sing in and win, Rice kids were there, always.”