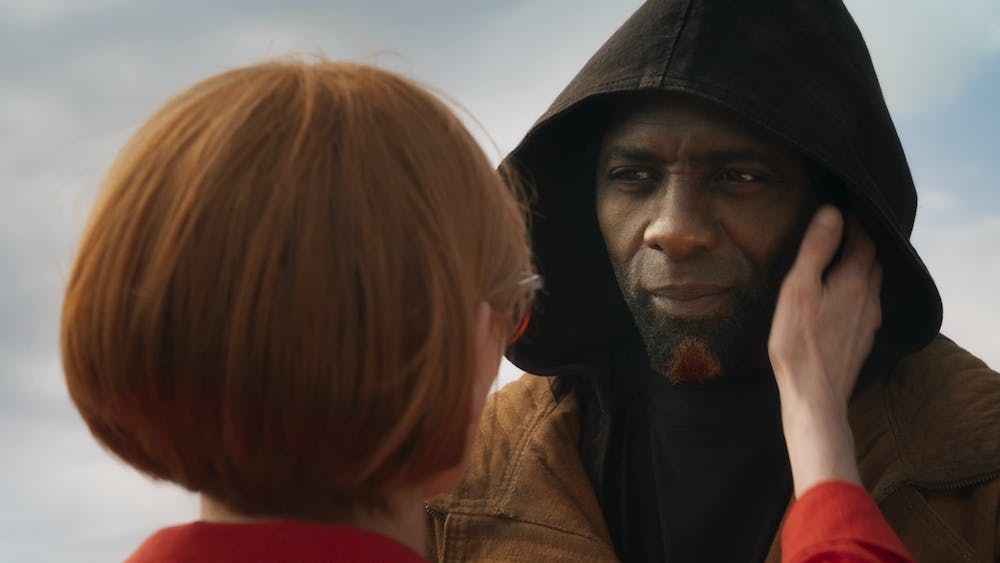 Seven years after “Mad Max: Fury Road,” filmmaker George Miller returned to cinemas this past Friday with “Three Thousand Years of Longing,” a film distinctly opposite from the genre work Miller is known for. While Miller’s  tendency to capture excitement is present in the film, this is a new territory for the director. “Three Thousand Years” is a romance-fantasy drama centered around Alithea Binnie (Tilda Swinton), a narratologist, or expert in the study of narratives, who discovers a genie (Idris Elba) while on a trip to Istanbul. After learning of the genie’s powers, Binnie cannot settle on three wishes and listens to the djinn’s tales in search of what she truly desires. This heady and almost saccharine premise about the power of storytelling is a great setup for a blissful drama, but ultimately becomes messy as Miller’s style and writing are antithetical to the romance at the core of the story.

At the center of the script is a series of stories presented to Swinton by Elba, a device that lends itself well to the film’s exploration of the power of storytelling. Each of the three primary tales spun by the genie are individually very engaging, communicating loss, loneliness and passion through humor and heartbreak. On their own, each of these stories are highlights of the film, providing engaging fairy tales to follow along to, but the context surrounding these flashbacks fails to tie them together in a meaningful way. The purpose of each story is to help our protagonist learn about what she desires and should wish for, but the audience knows very little about the character. As a result, this thread of melodramatic indecisiveness feels as though it is filling time instead of being a primary story.

This problem is compounded as the film begins to postulate a strong connection between the genie and Alithea. I certainly understand the plight of the genie, yet I only know a handful of our main character’s traits, leading to a lopsided understanding of the relationship. Miller’s propensity to keep everything moving prevents the audience from soaking in any of the yearning that’s supposed to be at the heart of the film.

I should note that the issues I have with the core romance are not a result of the actors’ performances. Both Swinton and Elba do a good job with the material, though both have done better work in the past. Furthermore, the creativity on display in the film is certainly impressive. Choosing to produce a film as visually unique as this one is not very common, and I am glad that Miller was given the opportunity to apply his trademark fast-paced rhythm to a different genre, regardless of whether it was successful.

Just like the structure of the film only achieves part of its goal, the visuals also have some major drawbacks. Notably, the use of CGI is very inconsistent in terms of visual fidelity. Sometimes the effects look beautiful, and at other times they immediately distract me from the story. Similarly, the way some sets were colored felt extremely digital and flat, and some surrealist images felt laughable.

Ultimately, “Three Thousand Years” was equally impressive and disappointing. The questions it ponders regarding human connection and storytelling are compelling, but the romance that it is centered around falls flat. The visual components staging the story are sometimes breathtaking but oftentimes inadequate. In many ways, Miller’s bombastic approach to filmmaking is applicable outside the action genre, but he should be allowed a greater budget to achieve something truly great. While the story was at times emotional, its shortcomings held the film back from reaching its full potential. I hope Miller takes another stab at this type of filmmaking — with more polish, he could create something very special.