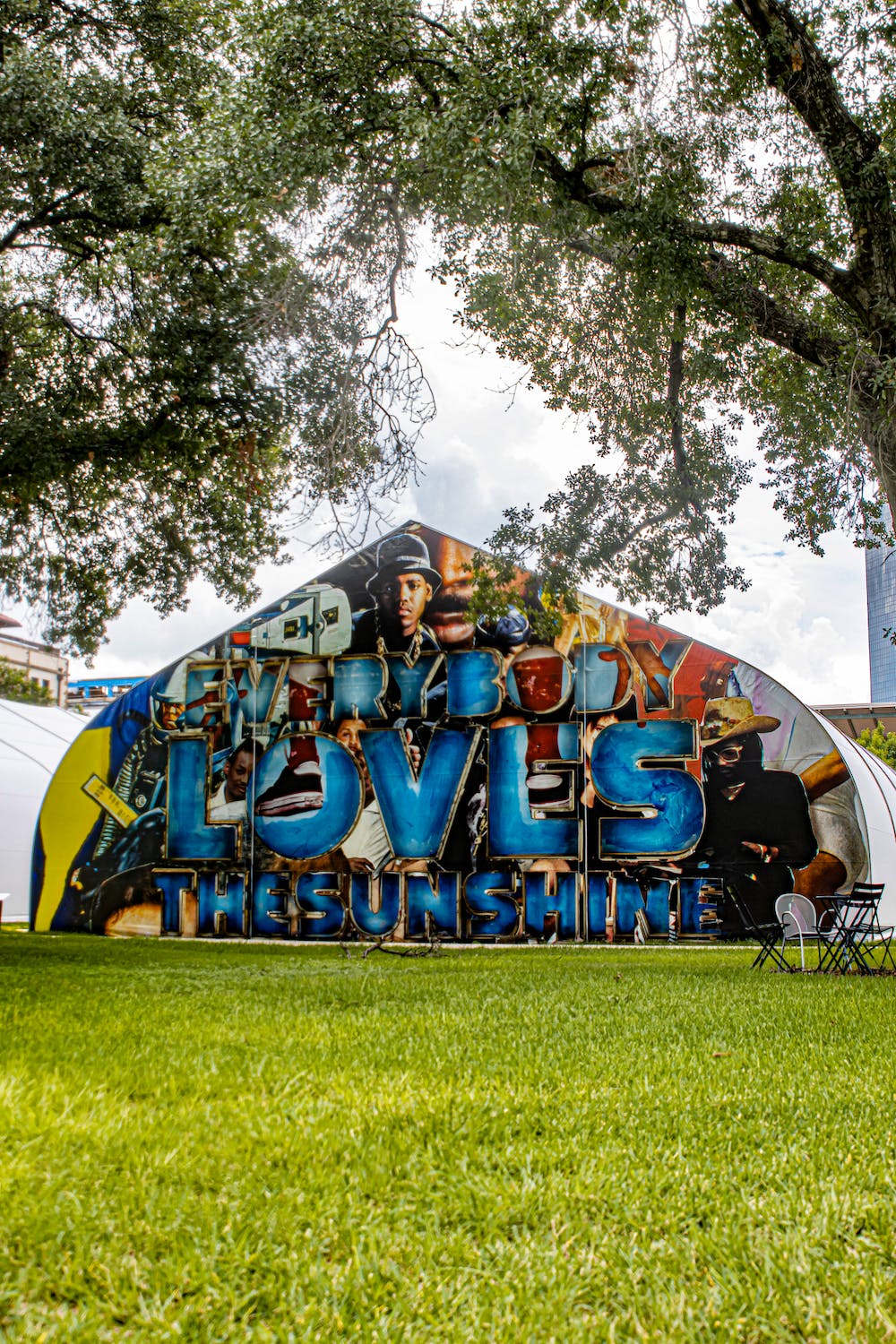 Robert Hodge’s studio is home to all kinds of art including paintings, a collage he’s currently working on and a music album with his own design on the cover.

“I’ve been making art literally my whole life,” Hodge said. “Believe me, I tried to avoid it. I tried to do other things in life, but the art kept bringing me back in.”

Hodge, a multidisciplinary artist based in Houston, is the talent behind one of the newest pieces of art on campus. Commissioned by the Moody Center for the Arts, “Everybody Loves the Sunshine” is a collage of record covers that Hodge painstakingly collected. Similar to his other works, Hodge describes the collage as a bold statement, particularly because of its location on the Rice campus.

“It’s a juxtaposition of this really wealthy school that has this top tier education, access to everything, and have this piece as … it doesn’t necessarily fit on a campus,” Hodge said. “So it’s already standing out in itself.”

According to Hodge, the phrase “everybody loves the sunshine” means different things to different people. For him, it is a reference to soul musician Roy Ayers’ 1976 song; it is also a larger statement about life.

“It’s about wanting everything to be perfect and great all the time. But it’s not,” Hodge said. “Everybody loves to be warm, but that’s not life, you know? You can’t always be the sunshine.”

Hodge said that these nuances are layered inside of the collage, and he is curious to see what people think of it. Along with folding multiple meanings into his collages, which remain his primary medium of expression, Hodge is driven by the desire to innovate. When a particular type of work becomes easy and predictable, he challenges himself to try new things.

“I use any vehicle I can find and tell the story,” Hodge said. “It’s about things that are happening now, things that are relative to the past that affect the present. And then, where can we go in the future?”

Hodge repurposes artifacts from the past through his creative process, which begins with buying $1 records from record stores, meticulously selecting ones that speak to him visually, regardless of the genre of music. Then, while he plays the record, he cuts images out of the art to create something new.

For Hodge, collage-making is similar to sampling records as a music producer — it involves challenging pre-existing perceptions in favor of a new perspective. Once he puts the images together, they begin to tell a story of their own.

Although Hodge may have a specific story in mind for his work, he said he wants to leave room for people to experience his work in their own way.

“Now the thing is, will it translate to people? Sometimes people [get it]. Sometimes, they tell their own story. And they’re allowed to do that,” Hodge said. “I want to leave that space for people to have their own perception of what is happening in the artwork.”