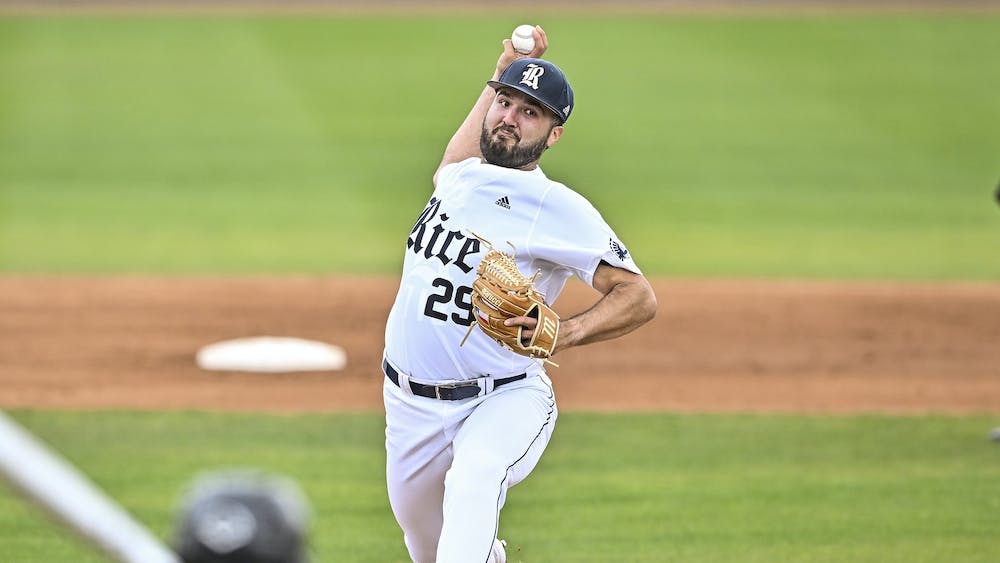 “I did have a couple tears roll down my eyes,” Garcia said. “I had no recollection of the exact moment [and how] I felt – it was because I blacked out. It was such a surreal moment for me.”

Garcia, who just completed his sixth season with the Owls, was a key piece of the Rice pitching staff this past season. His 4.73 ERA across 16 appearances — both as a starter and in relief — was the third best on the team. According to Garcia, while a number of teams showed interest in him, many were wary of spending a draft pick on him because of his age. However, as the draft approached, it became clear that he had a real shot of being taken.

“I had been talking to a lot of teams and they were like, ‘hey, you know, you’re getting old,’ [so] I was expecting to get signed as a free agent,” Garcia said. “Then a couple of days later on draft day, I get a couple of calls [saying] ‘you should probably be ready for day two or day three of the draft.’ So I [thought] there’s a good chance I could get drafted. But I was expecting late day three, rounds 15-20. [At] 3 [p.m.] in the day, I was not expecting a call, and here, some random number [calls] and I answered, [and the person on the line said], ‘hey, this is Chris, a Rays’ scout. Would you like to go with our next pick?’”

As the draft wore on, Garcia said, it began to look like he’d land not with the Rays, but with either the New York Mets or the San Francisco Giants. However, the Rays surprised him with their selection in round 14.

Garcia began his Rice career in 2017 making nine appearances as a true freshman. He earned a spot in the starting rotation during the 2018 season, but an injury sidelined him for his entire junior year, and he only made one rehab appearance in the pandemic-shortened 2020 season. While he struggled in his first full year back from injury, posting an ERA of 5.87, Garcia said that he was finally able to find his form this season, which put him back in the draft conversation.

“I had the thought when I got here that I hope to be out of here in three years. And I could’ve – I got drafted by the Blue Jays in 2019, and I turned it down to come back and get my degree [and] have a chance to make more money. Things weren’t really going my way in year four, so then I had year five which was my official senior year and things didn’t really work out. Now I had year six, and I was like, ‘okay, this is my last chance, I’m going to try to do my best.’”

Garcia joins 13 other former Owls playing professional baseball, including three who are members of the Rays organization.