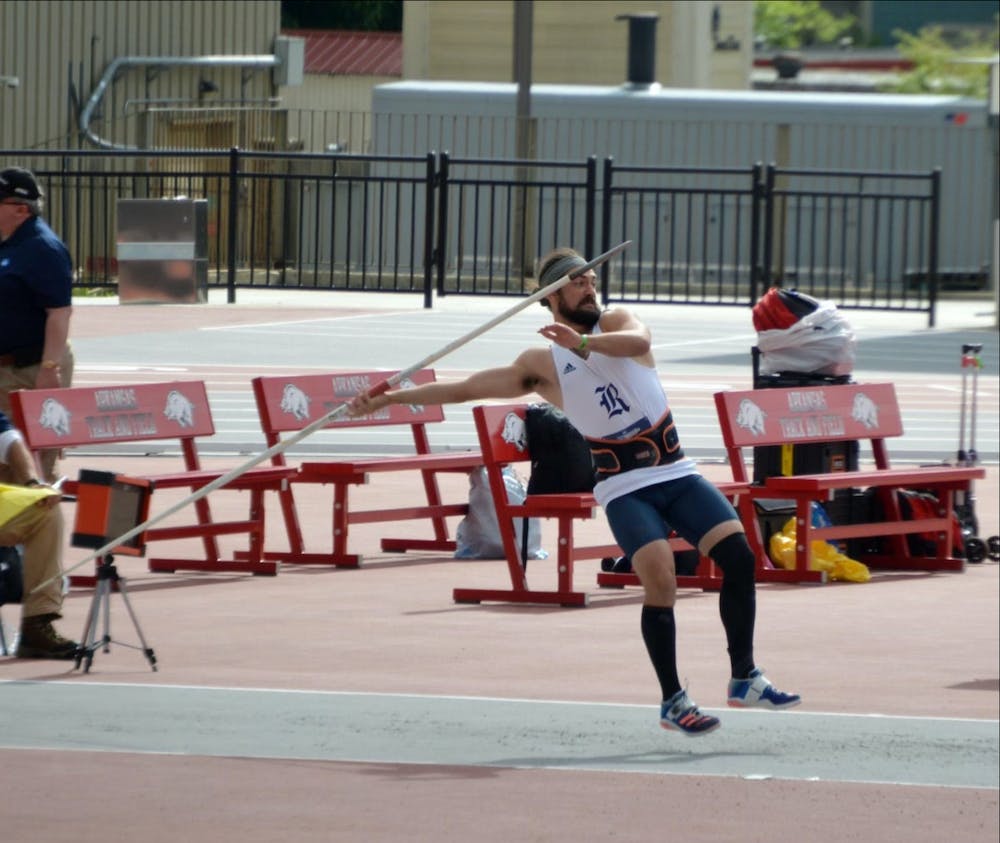 Five Owls will be heading to next week’s NCAA outdoor track and field championships, after qualifying at the NCAA West Preliminaries which ran May 25 through 28. Headlining the meet for Rice was sophomore distance runner Grace Forbes, who took first place in the 10,000 meters for the second consecutive year. Forbes will be joined in Eugene, Ore., by sophomore thrower Tara Simpson-Sullivan, junior thrower Erna Gunnarsdottir, senior thrower James McNaney and sophomore vaulter Alex Slinkman. Jon Warren, head coach of the men’s track and field program, said that he was impressed not only by the five qualifiers, but by all 13 Owls who participated over the course of the week in Fayetteville, Ark.

“To qualify for the final round of the NCAA championships is an outstanding achievement,” Warren said. “Heck, to make the West Preliminaries is quite an accomplishment as well.”

Five of the seven participants from the Rice men’s team competed on the meet’s first day. McNaney, who made the NCAAs last season, qualified for Eugene by taking 12th place in the javelin throw, with a mark of 67.29 meters. Slinkman followed up his teammate by clearing 5.29 meters in the pole vault, tying him for 10th place. Freshman vaulter Grant Levesque also competed in the pole vault, but missed out on a spot in Eugene with a 29th-place finish. Junior thrower Nick Hicks placed 26th in the hammer throw, and sophomore thrower Elian Ahmar took 47th in the shot put. After the meet, Warren said that he is excited to see how his two qualifiers preform at the biggest meet of the season.

“James and Alex making it through is very exciting and I am greatly looking forward to seeing how they perform on [the] biggest of NCAA stages,” Warren said.

Forbes, Gunnarsdottir and Simpson-Sullivan all competed on the second day of the meet. Forbes, who finished seventh in the 10,000 meter at last year's NCAA championships, won the event by just under 2.5 seconds with a time of 33:35.3. While no other Owls reached the podium, Simpson-Sullivan’s 67.87 meter effort in the hammer throw earned her a fifth-place finish. Gunnarsdottir qualified for Eugene with a throw of 16.93 meters in the shot put, good for 12th place. The only other Owl to compete on Thursday was junior distance runner Alyssa Balandran, whose 800-meter time of 2:07.19 was the 23rd fastest in a field where 24 athletes qualified for nationals. However, because of the way the race’s heats were divided, Balandran missed out on a spot at the championships by 0.02 seconds.

Friday saw sophomore thrower Samuel Woodley compete in the discus throw and sophomore jumper Ese Amata compete in the high jump, but neither managed to secure a spot at nationals. According to Warren, even the Owls who didn’t qualify for the NCAA championships held their own against top competition, which is no easy feat.

“I was also very impressed by our other [preliminary] qualifiers,” Warren said. “Like I mentioned, qualifying for this meet is a great cherry on top of some great seasons for these guys. They were all, if not conference champions, conference medalists and they represented Rice as expected.”

On Saturday, freshman jumper Josie Taylor fell 0.05 meters short of qualifying in the high jump, and sophomore jumper Ginnie Okafor took 42nd in the triple jump. After the competition, Jim Bevan, head coach of the women’s team, said that he was especially happy with his athletes’ performances over the course of the week, since all of them will be returning next year having gained valuable experience competing against some of the best athletes in the country.

"We brought six athletes and they all finished higher than their seed,” Bevan said. “I'm proud of Alyssa, Ginnie, Josie, Tara, Grace and Erna. We are returning all of them next year and nothing takes the place of experience. You cannot buy it, you have to earn it and they all will be back next year.”

Forbes and Simpson-Sullivan will both head into the NCAA championships among the favorites for a spot on the podium in their respective events, as their season-bests both rank in the top-ten in the NCAA this year. The NCAA championships will take place June 8 through 11 and will be broadcast on ESPN3.