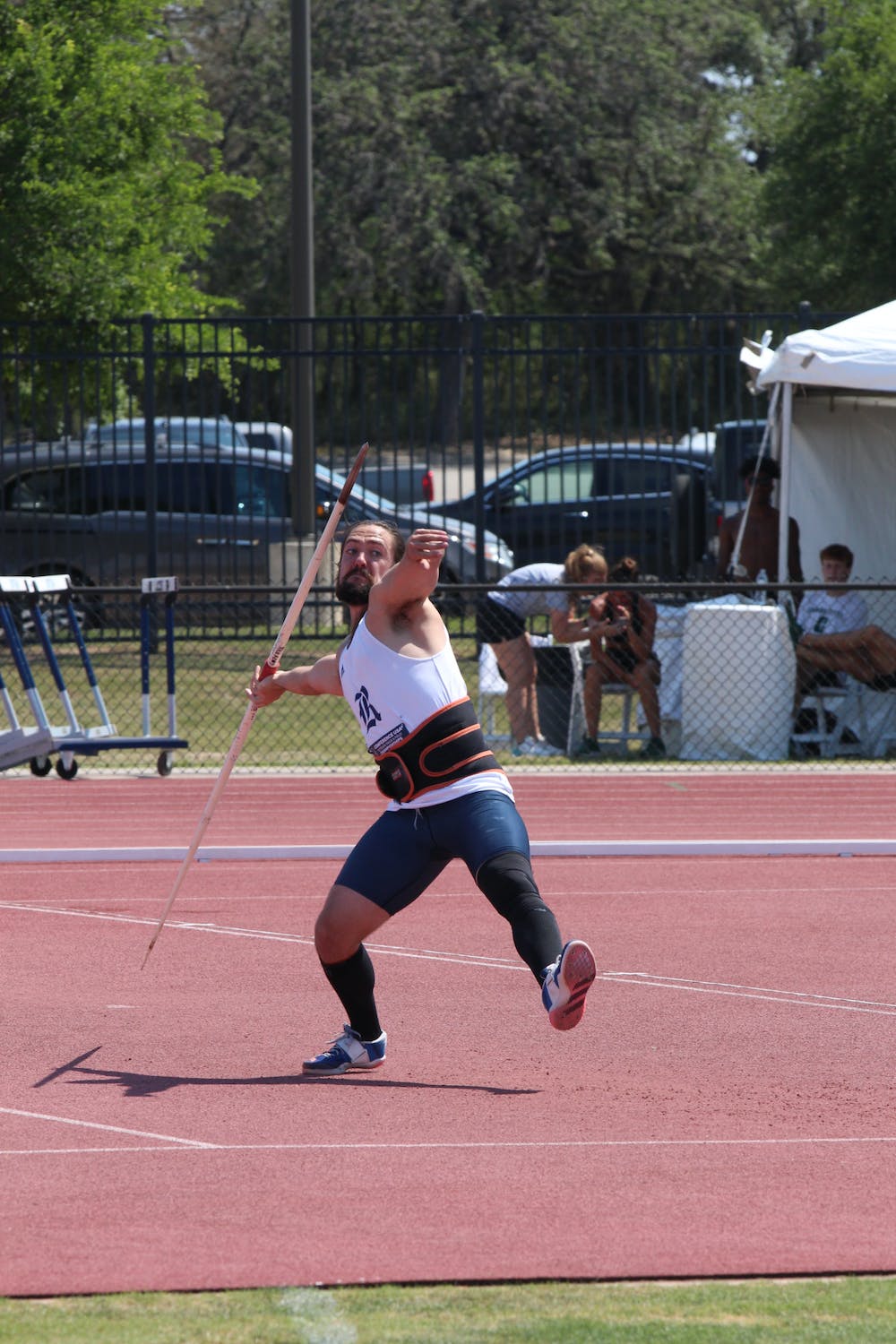 “This team accumulated the most points and the highest finish Rice has had in a while,” Warren said. “I am impressed with not only the effort these guys put in over the four hot days we were in San Antonio, but also with the months of work it takes to prepare for such a task.”

The men’s team was driven by four first place finishes, improving on their fifth place finish from last year and increasing their point total by 47 points. According to Warren, sophomore Ese Amata’s first place performance in the high jump was a particular stand-out.

“Amata, in a wonderful high jump competition that included two All-Americans, jumped both seven feet and seven-feet, 1.75 inches to win the conference crown in a jump off,” Warren said. “His jump puts him tied for third all-time in Rice high jump history.”

In addition to Amata’s first place finish, sophomore Alexander Slinkman took home the Pole Vault crown with a throw of 5.23 meters and junior Nick Hicks’ 63.87 meters throw won him his second consecutive C-USA hammer throw title. According to Warren, one of the joys of the meet was seeing senior James McNaney win his first C-USA title after placing second last year.

“McNaney had his second-best day ever to win the men’s javelin,” Warren said. “His throw was a joy to watch and clinch the victory.”

The men’s team also received significant boosts to their point total with four second place finishes from sophomore Elian Ahmar in the shot put, sophomore Sam Woodley in the discus throw and C-USA Freshman of the Meet Grant Levesque in the decathlon and the pole vault. According to Warren, nearly the entire team contributed to their high point total.

“We had so many outstanding performances it is hard to know where to start,” Warren said. “We had other events that had both big individual performances and large points from great team efforts.”

The women’s team took a step back at this year’s meet as they scored 33.5 fewer points than they had a year ago, which led them to finish fifth following last year’s second place finish. According to women’s head coach Jim Bevan, despite the drop off from last year his team still exceeded expectations at the meet.

“[We had] lots of outstanding performances [with] four winners and two silvers,” Bevan said. “We competed very hard, and we scored more than the pre-meet said we would.”

The women’s team took first place in four events, with sophomore Grace Forbes winning the 5000-meter and 10000-meter for the second consecutive year, junior Erna Gunnarsdottir winning her second shot put title and sophomore Tara Simpson-Sullivan breaking her own C-USA meet record in the hammer throw with a distance of 69.39 meters. According to Bevan, he is looking forward to building from this meet as his team retools for next year.

“We need to remember how intense conference meets are in preparation for next year as we will return most of our team,” Bevan said. “[We] will get many back to 100 percent strength and bring some very highly recruited freshmen on board. We will miss the outstanding leadership of our seniors, but they have laid a great foundation for the team next year.”

With the conference season finished, Rice will now send 13 representatives — six from the women’s team and seven from the men’s team — to the NCAA West Prelims in Fayetteville, Arkansas, which begin on May 25. Those who qualify will move on to the NCAA championships during the second week of June.