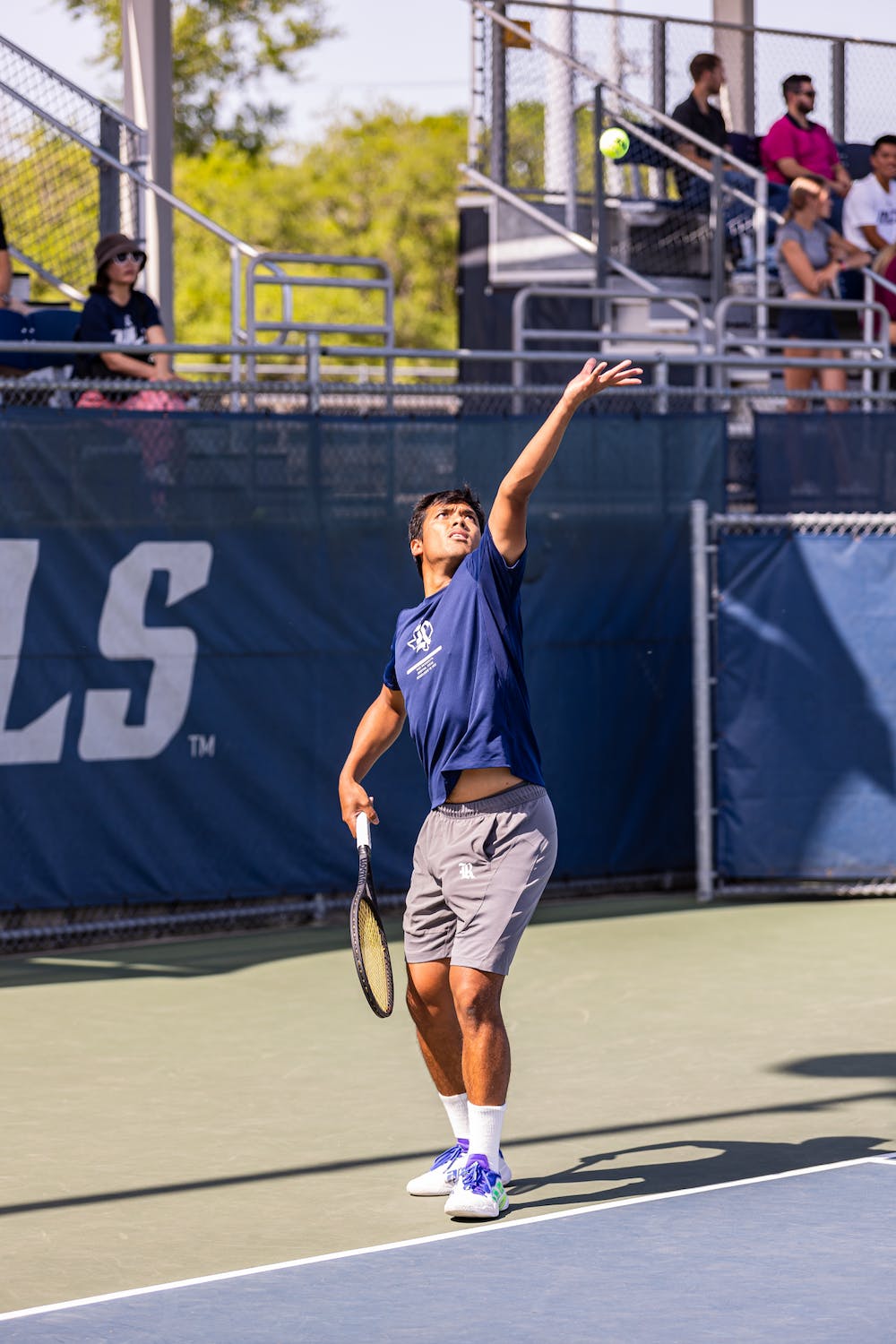 According to head coach Efe Ustundag, he searched all over Texas to find a team on short notice to allow the Owls to play one final match at home for their Senior Day.

“When I first gave them the news about not being able to play Incarnate Word, I could really sense and see disappointment,” Ustundag said. “I really wanted to make it work, and I reached out to every team in the state it felt like, D1, D2 and D3, and obviously Easter weekend didn’t help, especially on such short notice. I’m really thankful for the guys over at Concordia to say okay, we’ll make it work and drive here on the same day, play us, and then drive back.”

The Owls were eventually able to find an opponent in Concordia, a D3 school in Austin, Texas. According to Ustundag, finding an opponent accomplished the only thing that his team wanted, to play one last time on their home court.

“When [Concordia] agreed to play, and we finally set a time and a date, the sheer joy from the guys  ...  they all wanted to play,” Ustundag said. “I gave them an option, should we do something not tennis-related even if Concordia can play, and everybody said ‘no, we want to play one last time.’”

After failing to win the doubles point in their match against No. 27 Southern Methodist University on Saturday, the Owls took it against the Tornadoes as all three doubles pairs won their respective matches. The Owls then took five of the six singles matches, with senior Karol Paluch earning the decisive fourth point 2-0 to give the Owls the victory.

According to Ustundag, while there were concerns that Paluch, Adam Oscislawski, Sumit Sarkar and AJ Valenty, each in their final season with the team, would not have a Senior Day, he was pleased that they were able to get one in the end.

“I’m very happy that they got it,” Ustundag said. “We had people out here to celebrate them, parents were here, so it was a special day.”

Following their final match before the conference tournament, the Owls finished their regular season with a 12-12 record, including going 1-3 against conference opponents. According to Ustundag, it is likely that Rice will match up against No.  47 University of North Carolina at Charlotte, a team that beat the Owls 5-2 last month, in the first round of the Conference USA Championship in Norfolk, Virginia, this Friday.

“It’s very likely that we play Charlotte in the first round,” Ustundag said. “We get a full day of training tomorrow, we’ll have a half a day here on Wednesday before we take off, so it’s kind of back to your usual pre-weekend match scenario. So short week, but definitely a fun and exciting week and hoping to make sure we have our best bodies available to go.”

The Owls will look to go further in the postseason than they did last year when they bowed out in the first round to Old Dominion University. According to Ustundag, the tournament will serve as a final send-off for C-USA before the conference realigns with different teams in the upcoming years.

“It’s the last time we’ll have the conference the way it is because Old Dominion and [the University of Southern Mississippi] are leaving at the end of this year,” Ustundag said. “So [it’s] kind of one last hurrah for Conference USA in the form that we know it, and it’s going to be a really good championship.”