Baseball falls victim to cannibalism, feasted on by Owls of FAU 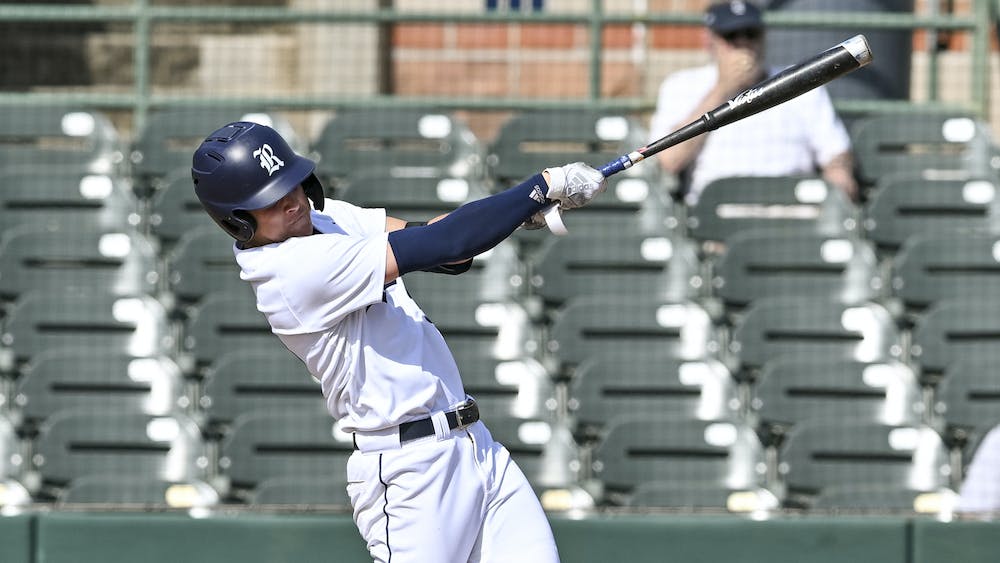 Over the weekend, the Rice baseball team was swept by conference rival and fellow Owls, Florida Atlantic University at Reckling Park. The hosts were unable to steal a game from the No. 3 ranked team in Conference USA, losing 9-4 on Friday, 6-5 on Saturday, and 7-1 on Sunday, bringing their overall season record to 8-21.

Following the series, head coach Jose Cruz Jr. said he was disappointed with the outcome against a strong opponent.

“They are a very good baseball club,” Cruz said. “One of the better offensive teams we’ve faced so far this year. They are well coached, they create pressure, they don’t beat themselves, they don’t make that many  mistakes. They know who they are and they have their own identity. I think we make too many mistakes at times and they took advantage of that against us.”

In the series opener, after trading runs in the first inning, FAU took a three-run lead in the top of the second. After a few scoreless innings, Rice shrunk the lead to one with a two-run home run from sophomore outfielder Guy Garibay Jr., but FAU surged back ahead with five runs across the sixth, seventh and eighth innings. Sophomore infielder Nathan Becker added an RBI single in the eighth but it wasn’t enough to get the home Owls back into the game.

On Saturday, FAU stormed out to an early three run lead which was erased in the fourth inning with a three run home run by senior infielder Austin Bulman. Over the course of the game, six Owls recorded hits highlighted by a solo home run by sophomore infielder Pierce Gallo late in the seventh inning that tied the game at five. However, FAU responded with their own home run the next inning, and they struck out the side in the bottom of the ninth to put the game away.

According to Cruz, the game could have gone either way and Rice was just a play away from getting the win.

“The second game was really close,” Cruz said. “I thought we had a really good shot at winning it but we were one bad hop away from winning that game.”

On Sunday, Rice changed the weekend narrative and jumped out to an early 1-0 lead with a double from Bulman scoring sophomore infielder Jack Riedel. However, the Owls failed to score the rest of the game and fell prey to an onslaught of runs in the fourth and sixth innings courtesy of FAU.  Regardless of the score, Cruz said that the Owls played well overall in the series finale with the exception of the sixth inning.

“For the most part, we played well today [Sunday],” Cruz said. “We had a rough inning and the game slipped away but overall we played good [baseball].”

Following the series, the Owls fell to 3-6 in the conference and are now on a five game losing streak. The young team is still figuring out its rotation, according to Cruz. With over two-thirds of the roster being underclassmen, Cruz said he hopes that the Owls can solidify a reliable rotation as they get closer to postseason play.

“We’re trying to figure out who is who on the team right now,” Cruz said. “We’re hoping that someone takes control of some positions so that we can have one lineup but right now, we’re not sure what that lineup looks like.”

The Owls will look to turn their fortunes around this weekend when they travel to Ruston, LA for a three game series against Louisiana Tech University.