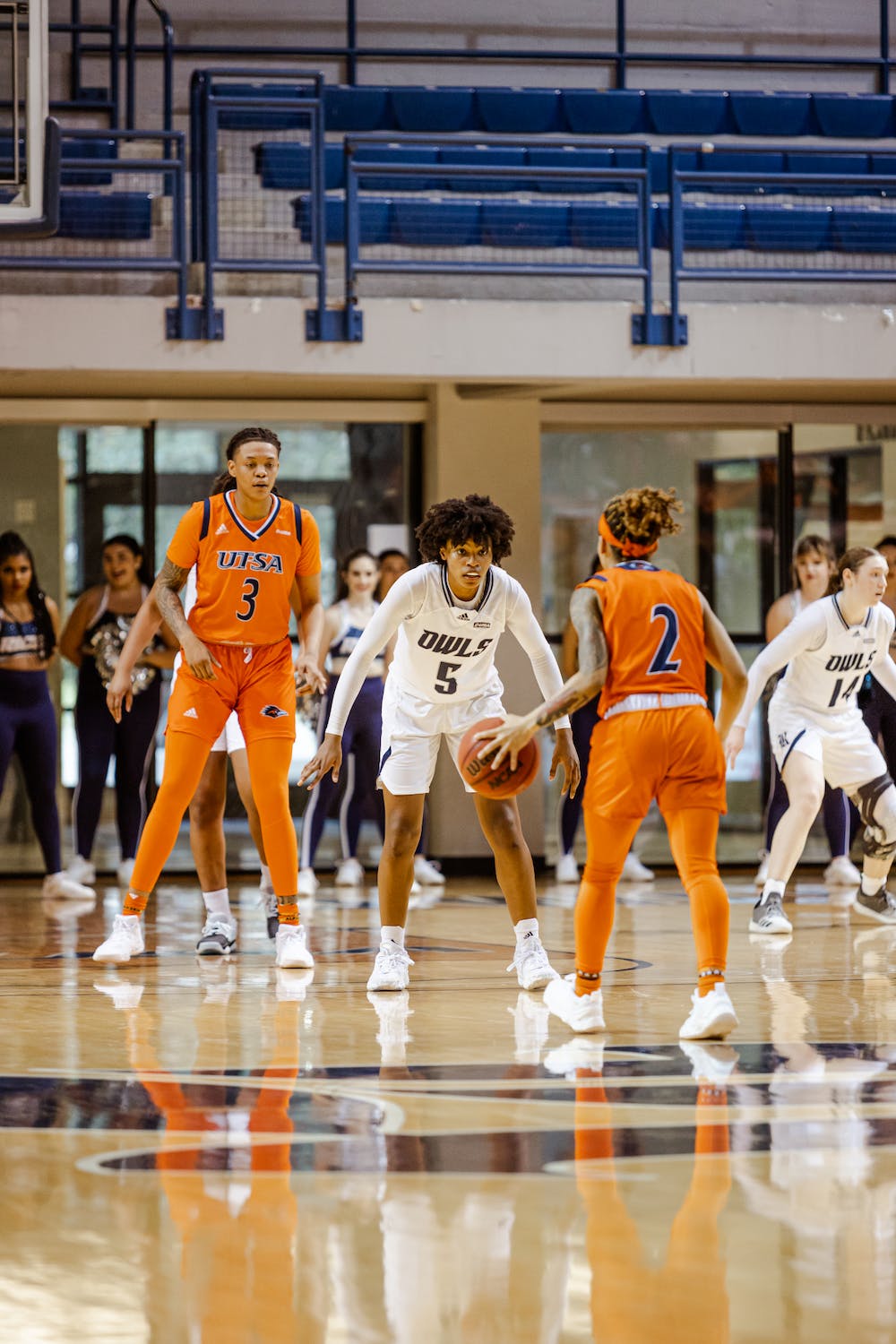 The Rice women’s basketball team closed out their regular season with a win over the University of Texas, El Paso by 20 points and capped off their regular season with a 38 point victory on Senior Day over the University of Texas, San Antonio. While the Owls started conference play 0-5, their final home sweep earned them victories in six of their last seven games and a 8-9 conference record. According to head coach Lindsay Edmonds, she is enjoying her team’s recent play as they enter the conference tournament.

“Now, we are going into that new season, the conference tournament,” Edmonds said. “We’re going in on a high note, and we are feeling good and clicking on all cylinders, so I really like where we’re at.”

Following a three game road trip, the Owls returned home to host the Miners last Thursday. According to Edmonds, she relished having the opportunity to play at home again following their strenuous road trip the week before.

“We were in Alabama on Monday, then we were in Louisiana on Thursday, and then back in Mississippi on Friday and then driving to New Orleans for our flight,” Edmonds said. “I mean, we were all over the place, we were road warriors. It was so nice to be back at home, to be in our gym, to be with our fans and it was a lot of fun.”

The Owls appeared to be rejuvenated by being at home as their 51 first half points matched the amount they had scored in their previous game against the University of the Southern Mississippi. According to Edmonds, the Owls’ offense was able to feed off of its defense, which held the Miners to 35.6 percent from the field.

“I thought we came out really focused, had great energy,” Edmonds said. “I think a lot of people want to talk about the first half with our scoring, but really I was just so impressed with our defense. We were defending and getting rebounds and pushing the ball and because of our defense and rebounding we were able to score in transition.”

The Owls took a 51-23 lead heading into the half and never looked back, closing out the Miners 82-62. All five of the Owls starters were in double figures scoring, with freshman forward Malia Fisher leading the way with a 20 point and 11 rebound double-double. According to Edmonds, her team’s ability to take care of the ball allowed them to get what they wanted on offense.

“We’ve been talking a lot about the games that we don’t turn the basketball over, we are able to run our stuff, and our stuff clearly works, we get the shots we want, we get the looks we want,” Edmonds said. “So tonight, us having 13 turnovers, that was huge. We didn’t turn the ball over so we had an opportunity to run our sets, to get the looks we wanted, we executed and we got them.”

Following their win over the Miners, the Owls had their Senior Day on the last game of the regular season as they hosted the Roadrunners of UTSA on Saturday. According to Edmonds, her team’s focus was sending out the team’s lone senior, center Arianna McCurry, on a positive note.

“Senior night is always an emotional night, you never know how teams are going to come out and play,” Edmonds said. “We talk all the time about [how] we’re so proud of the people that are in this program. So we want to send them out on high notes and that was the focus of this game, making sure we send [McCurry] out on the right note.”

While the focus was on McCurry for Senior Day, it was freshman guard Maya Bokunewicz who had the spotlight as she tied a school record with seven made threes en-route to her career-high 26 points. According to Edmonds, Bokunewicz’s performance, which included a career high ten rebounds for her first career double-double, showed her versatility.

“I have all the confidence in the world in her when she has her feet set that she can knock those down,” Edmonds said. “Not only does she tie a school record with seven threes, she also got ten rebounds which is probably her most on the season. So a complete player [that is] not just a shooter, so I’m just really really proud of her and excited for her too.”

The Owls used a 32 point third quarter to firmly take control of the game and closed out the Roadrunners, giving the Owls a 86-48 win to end their regular season. Sophomore forward Ashlee Austin contributed 21 points off the bench, and the Owls totaled 20 assists while making a season-high 14 three-pointers, the third most in program history.

After the 0-5 start to conference play, the Owls have been victorious in six of their last seven games, culminating with their first two 20-plus point wins of the season. They enter the conference tournament as the No. 4 seed in the West Division. According to Edmonds, she is extremely proud of the way her team has responded to the adversity they have faced throughout their season.

“[This team is] just an unbelievable group and I’m just so proud that they’re getting the rewards that they deserve,” Edmonds said. “[I’m] really excited about where we’re at and where I think we can go.”

The Owls will now travel to the Ford Center at the Star in Frisco, Texas to take on the No. 5 seed in the East division, Marshall University, at 11:00 AM on Wednesday in their opening game of the Conference USA tournament.