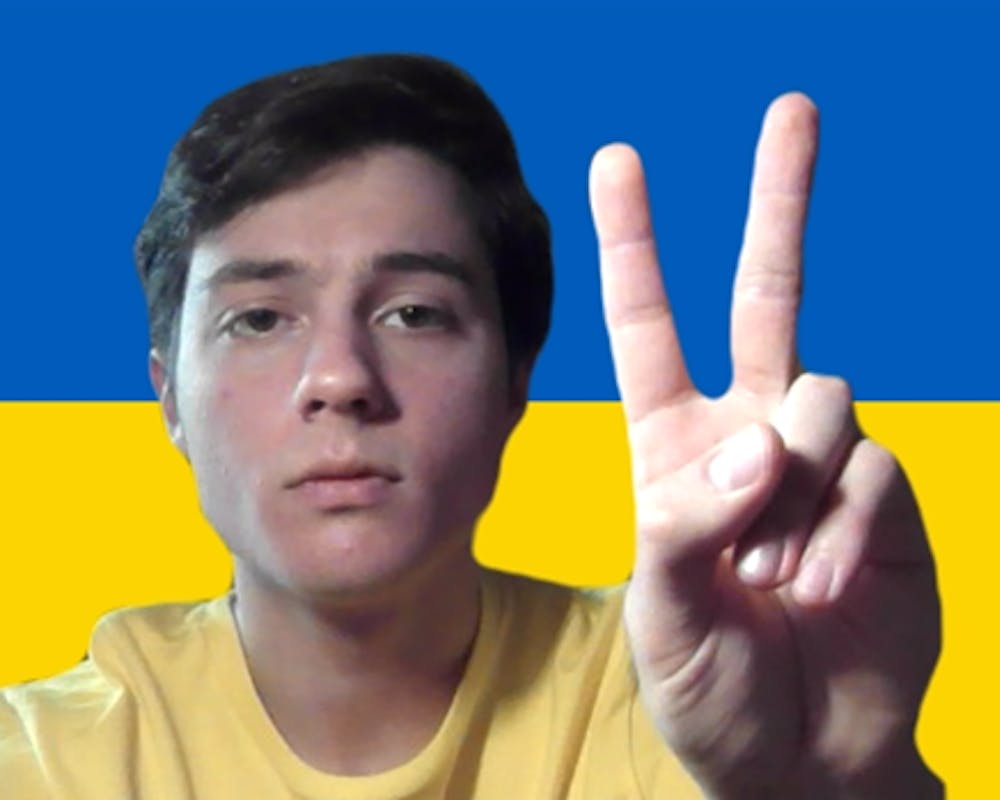 While life at Rice seems to return to normal, we must all comprehend that Russian President Vladimir Putin has unleashed hell on Ukraine. Countries including the United States are sanctioning Russia's oligarchs, whose concentration of immense wealth suffices to fund Putin’s war. But those rich Russian terrorists have not acted alone. Decades of wrongdoing by America’s oligarchs, due to our failure to control their greed and power, have also enabled Putin’s present holocaust in Ukraine.

As I will lay bare, we must defend ourselves against America’s oligarchs by recognizing and broadcasting their tactics, and by changing our behavior to neutralize these tactics and subvert their power. In doing so, we can help fight the war in Ukraine from within the hedges.

Let me first be clear on who I implicate: the multimillionaires and billionaires of big American corporations who prioritize profit above the common good. In an ongoing instance of their evil, instead of absorbing the higher costs of goods brought on by global supply-chain issues, they are passing these costs on to you, the consumer, inflating their prices beyond just what they must to offset the higher costs. And by stealing from our middle class, debilitated by similar past abuses of America’s oligarchs, their monopolies are raking in record profits.

The toll of the oligarchs’ unrestrained economic power has extended to Ukraine as well. For nearly two weeks, we hesitated on a decision with only one morally correct answer: whether to ban Russian energy imports or to continue to finance Putin’s brutality. One reason is the hundreds of millions spent on political lobbying to obstruct our development of a renewable, self-reliant energy infrastructure, exacerbating climate change and our dependence on foreign energy.

But, somehow, price gouging and climate change are not the saddest parts of this story. The truly saddest part is that our Congress is complicit. Hungry for campaign funding, many of our “public servants” are corporate slaves bribed to veto laws which threaten the oligarchs’ economic and political power, and bribed to craft laws which further enrich the richest few.

How could such corrupt legislators infiltrate our democracy? We the people have been conned into electing these craven traitors by the oligarchs, who have distracted us from their wrongdoing by instigating a culture war. In this war, their weapons are our emotional vulnerabilities.

Through media and the mouths of their politician puppets, they spout racism and xenophobia to scapegoat minorities and foreigners, diverting our anger from the true criminals and terrorists who cause our economic woe, and they employ religion to invade our private morality, further fracturing our unity. Ultimately, oligarchs have distracted us from their ever-growing political power by turning Americans against one another. And, when we the people are distracted and divided, our foreign adversaries are enabled and emboldened. For this reason, our oligarchs are not only anti-American – they are pro-Putin, whether or not they themselves brandish it as shamelessly as Trump and their other political instruments do.

All humans who know the truth feel worried for the people of Ukraine. Besides donating, what can we do? We can modify our behavior toward our fellow Americans on the “other side” of the culture war, strengthening the Rice community and, ultimately, our nation. In doing so, we will weaken foreign autocrats like Putin, domestic wannabe-autocrats like Trump, and their oligarchic backers.

We are vulnerable to the oligarchs’ divisive tactics only because we are emotional beings. Today, our sole defense is our willpower. Thus, we must learn to open our eyes and free ourselves from their devices of division.

Break away from the self-reinforcing propaganda on news outlets and social media, both far-right and far-left. Override the instinctual fury you feel for your fellow Rice students or other Americans when they express a “radical” belief, even if aimed directly at you or your own values. (For good practice, peruse some of the Thresher’s other recent opinion articles.) Of course, we still must unequivocally excise the cancer of misinformation from our national discourse, but do so sensitively and with sympathy for the truly innocent people held captive by those emotional fallacies.

Learn not to hate, but to understand the perspective of others at Rice, and try to convince them that you are not their enemy and they are not yours. Reveal to them what I have presented here about our common enemy, to whom you should really be directing your hatred and hostility. Truly, our shared economic pain at the hands of the oligarchs should precede all of the artificial differences they have managed to draw between us with their implements of racism, xenophobia and religion.

Our human propensity to polarize into Democrat and Republican, “Trump supporter” and “lib,” is both what hands America’s oligarchs their political power and enables Putin to effect his malicious will with impunity. In this disunited state of these United States, distracted by a culture war that truly need not exist, we have historically and at present failed to stamp out Putin’s barbaric ambitions and to protect the world against his ruthless aggression. Tragically, the beautiful people of Ukraine must now suffer the consequences of our inaction.

Now, for the sake of all humanity, we must condemn Putin’s explicit apologists as well as his latent oligarchic conspirators in this country, and we must stand united as one American people with Ukraine.

The beautiful region of Sumy, home to a fellow Rice student and her family, is among Ukraine's hardest-hit regions. Incredibly, it is currently defended by armed civilians alone. To quickly and directly support the people of Sumy and help rebuild their region, please consider donating through Venmo (@RiceForSumy) or Zelle (see link).