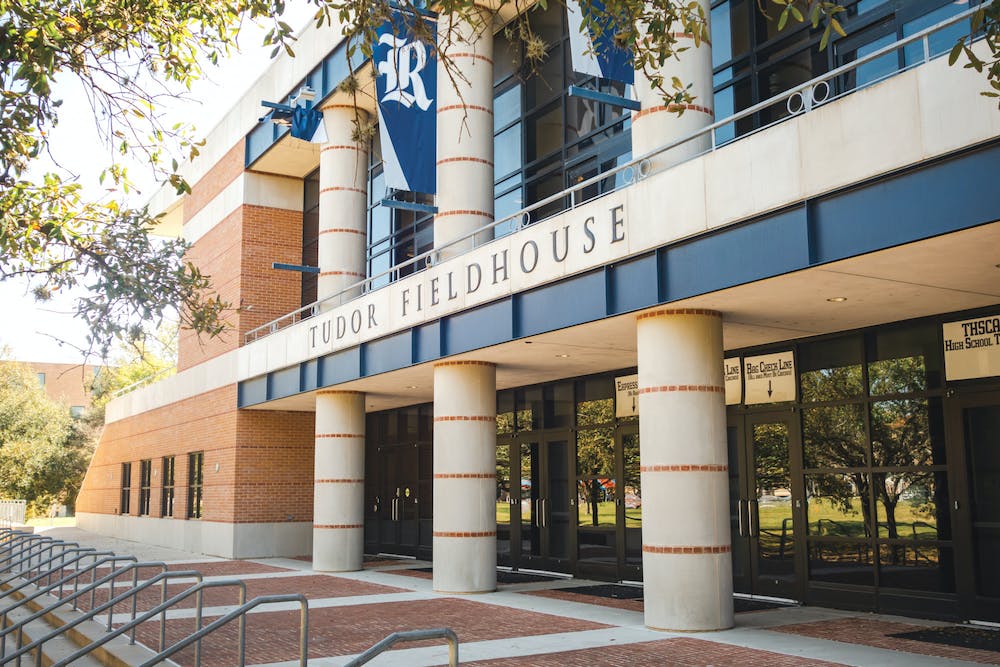 Earlier this month, Rice announced a partnership with Houston Methodist to create a center for athletic performance at Tudor Fieldhouse where physicians, researchers and students will study athletic performance from a scientific lens. According to Assistant Athletic Director for Sports Medicine Dean Miller, the plan for a performance center has been a part of Rice’s long-term vision.

“This was our vision for victory in the [Vision for the Second Century, Second Decade],” Miller said. “In the last two and a half year period, Houston Methodist has approached us. We have done four or five small studies with them and had our students involved in them. They were looking to have a collaboration which was not only academic but science-oriented.”

According to Miller, Methodist and Rice have a long-standing relationship, and partnering with them once again to team up for a research center was the right blend.

“Methodist and Rice have joined forces in a couple of other projects across the street, not only academic issues but also some research perspectives and some performance ends,” Miller said. “The medical center is right across the street, and we feel we have a huge capacity for student intelligence and research capacity that could be a great blend.”

The new athletic performance center will be located on the second floor on the backside of Tudor Fieldhouse. According to Miller, the center will have areas ranging from state-of-the-art motion caption cameras to an internet cafe.

“It’s six and a half thousand square feet, and it’ll have two or three offices and some areas to do possibly muscle biopsies, blood draw, and DEXA [bone density] scans,” Miller said. “There will be a working area for students in there that will be a little bit like an internet cafe, and then there will be a large section in the middle which is motion capture cameras and activity level that will be able to identify everything from a volleyball serve to a pitcher throwing you name it [pitch]. Then we got some additional space for other basic things like treadmills so we can do [maximum oxygen uptake], heart rates and some physiology testing.”

In addition to the partnership with Houston Methodist, various departments on campus will also be involved in making sure the performance center runs smoothly. According to Miller, the George R. Brown School of Engineering and Wiess School of Natural Sciences will also contribute to the research being done at the center.

“The academic area is going to fall a little bit on the Wiess School of Natural Sciences, which is going to include the Kinesiology department and how they are going to blend with the sustainable collaboration bringing in from a performance aspect,” Miller said. “Engineering can be anything from a technology standpoint; possibly to prosthetics for legs, bits, pieces, different types of materials, and that will lead into Methodist identifying some clinical aspects about getting better from a medical perspective.”

“We want to take the athletic performance research center from the athletics standpoint to an innovative concept working with a variety of people to make sure that it works,” Miller said. “Coming back to the most important part is the lab to the arena. What does all of this going to make as far as performance, healthier and safer perspectives, and be able to get results, better recovery, and better injury prevention. But most, how are we going to perform and win and get that stuff done.”

One of the key elements of the performance center is the opportunity for students, physicians, and researchers to trailblaze on the research side. According to Miller, he hopes the center will allow for research in a field that has been underexplored.

“We want the technology to lead us into better performance on the field, and we want wins, [and] that’s wonderful, but we’re Rice University,” Miller said. “We also want to continue to do a massive amount of research that not only puts us on the map in another area, can we be a fostering leader nationally, maybe worldwide, in an area that no one else understands the capacity of.”

With high expectations and goals set for the performance center, it aims to be a central figure in helping to bring all participants together. According to Miller, this is more than just a performance center strictly for athletics.

“Make no bones about it, [athletic director Joe Karlgaard] put in there that this is not just for the student-athlete, but we really want to foster this environment here of academics and have all students involved in this process,” Miller said. “We have so much talent on campus, how can we draw that other talent to be able to help us be better too and create a better student partnership on campus with athletics, academics, science, and research. This is not an athletic endeavor, this is a Rice University, Methodist collaboration to get the center set up, and then it’s a matter of Rice and Methodist and all areas bringing together perspectives so that we can all be successful with no limitations.”