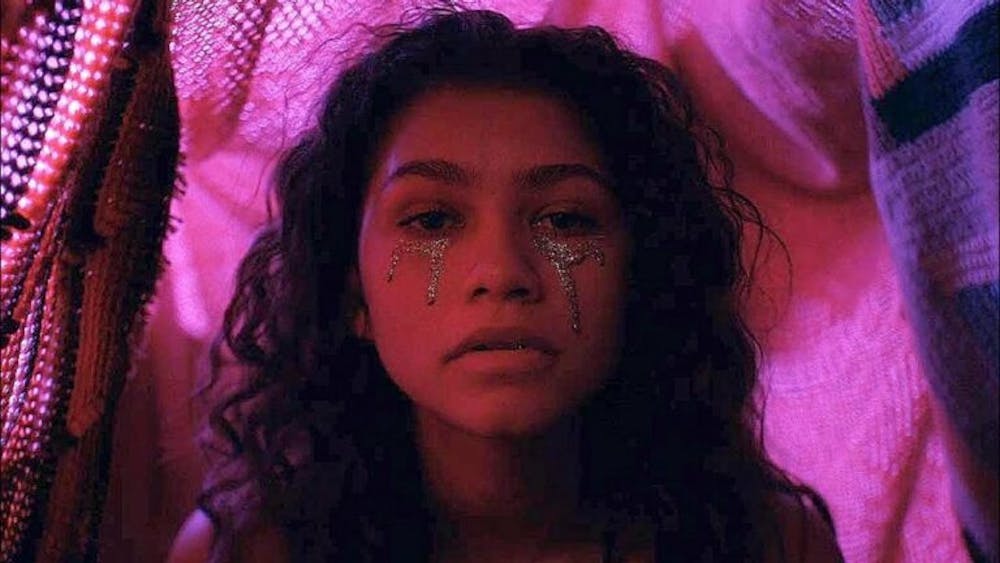 After years of delays, Sam Levinson’s Emmy-winning hit, “Euphoria,” returned to our screens in full force. Picking up right at the tail end of the winter break established in the special bridge episodes, viewers find the characters attending a New Year’s Eve party, where old habits die hard and new ones find their way into the fold.

The second season, much like the first, often follows a loosely-structured format of highlighting one particular character’s backstory each episode. Whether it be fan favorites that never saw their due last season — like Lexi, Fez, or even Fez’s grandmother — or a repeat that has had their story even more fully fleshed out, there is certainly enough drama to fill several telenovelas. However, “Euphoria” does not allow itself to get bogged down in character development — some stories took the back burner this time around in favor of a more cohesive narrative. Season one stunner Kat (Barbie Ferreira) had her plotline severely cut back as Levinson chose to focus instead on the evolution of Cassie (Sydney Sweeney), who is getting just about as much Emmy buzz as star and previous winner Zendaya.

While Rue, Jules, Lexi, Cal and the rest of the troop certainly go through it this season, there is no denying that the big focus this season was on (spoilers!) the budding love triangle between Cassie, Maddy and Nate. Viewers watch Cassie, in particular, navigate the turbulent emotions of dating a best friend’s ex. There are so many gritty (and sometimes gorgeous) shots of Cassie crying in season two that you just can’t help but feel that that was all she did. Well, that and throwing up in the … you know.

Beyond those three, audiences have plenty more to keep them entertained, whether it be Jules’ TV-history-making exploration of gender and sexuality, Rue’s new involvement with school-teacher-turned-drug-dealer Laurie, or Cal’s descent into madness over the crumbling of his reputation and family life. The show graces each of these topics with such sensitivity and authenticity that it’s hard to believe just one person could write it.

That brings me to the cornerstone of “Euphoria”’s success: Levinson’s collaboration with his actors. In addition to starring in the show, Zendaya has taken on the role of executive producer this season, and actress Hunter Schafer previously co-wrote an episode with Levinson. The director has always been willing to work with his actors to craft characters so real and complex that you can’t help but relate to them amongst all the chaos and fantasy of the show’s world.

These characters and their arcs converge in the final two episodes of the season, which mimic the style of a play written and directed by Lexi. As the events of season one unfold in the play, the characters are given a chance to reflect. Unfortunately, this is one of the weaker aspects of the season. The play, while an interesting aesthetic choice, feels a bit out of place and is largely inserted into the narrative as a means to close out the drama between Maddy, Nate, and Cassie, while seemingly squandering other plotlines that get left unfinished, such as Rue’s sobriety and Laurie’s revenge. The lack of a tangible tie-up at the end of the season was unsatisfying, a huge departure from season one and the biggest complaint I have to make.

However, “Euphoria” season two still has plenty of eye candy and compelling plot that is in no way spoiled by this setback. Given its huge popularity, social impact and newfound title of second-largest show on HBO behind only “Game of Thrones,” viewers have much to look forward to in coming seasons.