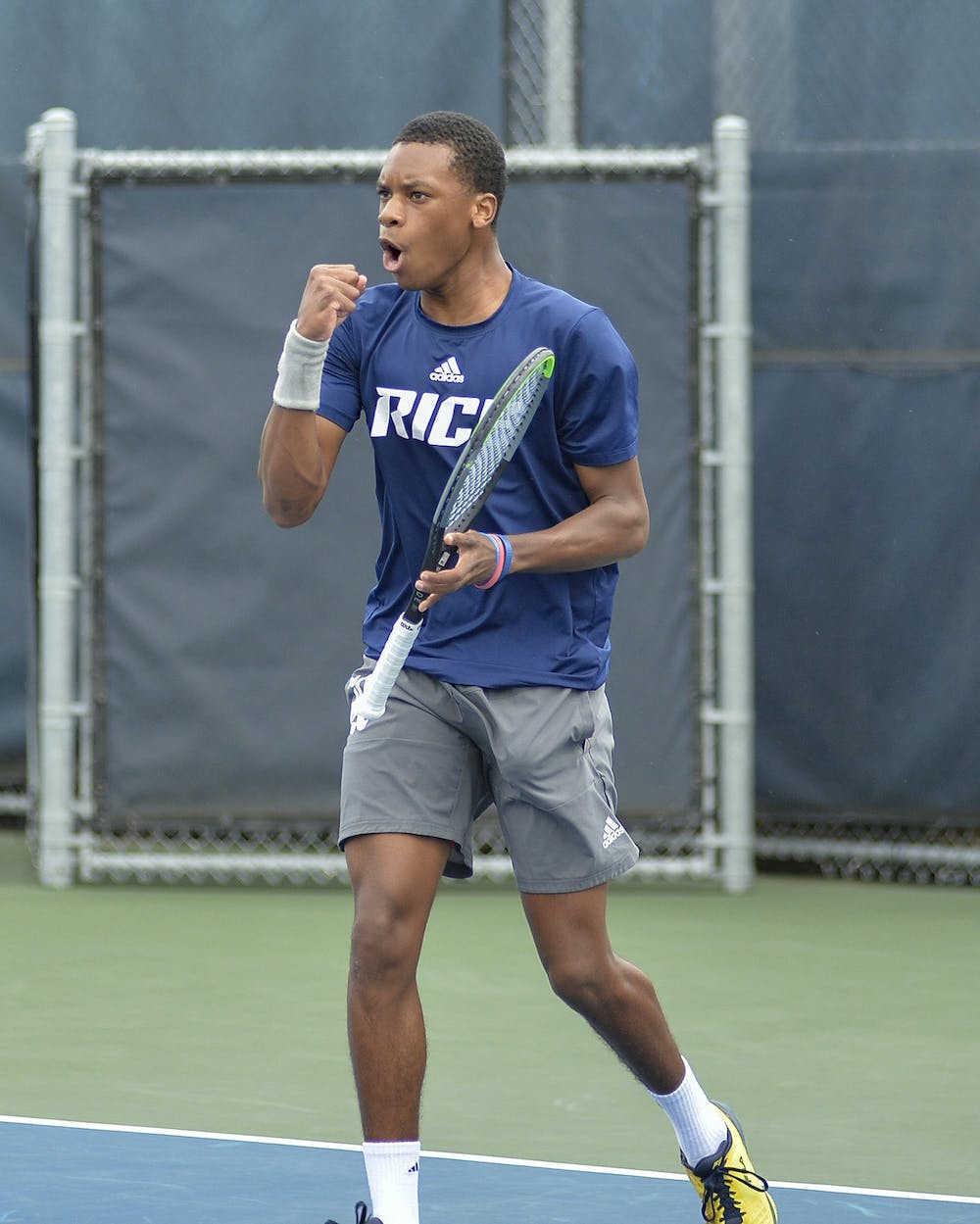 The Rice men’s tennis team went out west over the weekend to take part in Arizona State University’s 8-Team Tournament, where the Owls took one out of their three matches. According to head coach Efe Ustundag, the matches provided a learning opportunity that his team can take with it following the tournament.

"It was disappointing to have two tough losses, but I think we learned a lot and we definitely grew as a unit," Ustundag said. "We showed the fight to get matches to third sets and gave ourselves some chances. Now we need to work on our physicality in order to be able to take those third sets."

Going into the tournament, the men’s tennis team was ranked number 65 nationally according to ITA. In their first match, the Owls took on the hosts of the tournament, ASU.

The Owls got off to a fast start as junior Wes Barnett and sophomore Trinity Grear were able to open the tournament with a doubles win. Senior AJ Valenty and junior Dylan Heap closed the third and final doubles match 6-4, giving the Owls a one point advantage heading into singles play.

However, the Owls were unable to capitalize on their early lead as they dropped four straight singles matches to the Sun Devils, giving ASU a 4-1 match victory. According to Ustundag, ASU’s 1-6 record heading into the match was a bit deceiving.

"Arizona State might have been unranked, but their early schedule was very tough," Ustundag said. "There [were] a lot of close losses to ranked teams."

Following their opening round loss, the Owls then squared off against the Aggies of Utah State University. The opening doubles matches saw Heap and Valenty win convincingly 6-1, and Grear and Barnett close their match out 6-4 to give another early 1-0 lead to the Owls.

The singles matches between the Owls and Aggies were a back and forth contest leading to the two teams being deadlocked at an overall score of 3-3 heading into the final singles match. In the sixth and final singles match, freshman Haoyuan Huang’s nail-biting 2-1 victory saw the Owls top the Aggies 4-3.

The Owls faced the Bulls of the University of South Florida for their third and final match of the tournament. Unlike their first two matches, the Owls were unable to come out on top in the opening doubles matches, giving the early point to the Bulls. According to Ustundag, the previous day’s emotional victory over the Aggies may have drained the Owls heading into day three.

"We came out a little flat in doubles," Ustundag said. "Maybe some of the emotion we expended yesterday left us a little flat."

In the singles matches, Huang gave a point to the Owls with his 2-0 victory, earning him an undefeated singles meet in the process. However, while the Owls won four out of their six first sets, they couldn’t take advantage and would fall in their three other singles matches, giving USF a 4-1 victory to close out the tournament. According to Ustundag, he was proud of the way his team fought back in the singles matches against their future conference opponent under unique circumstances.

"I was proud of the way we came back in singles, taking four of six first sets—two with tiebreakers," Ustundag said. "But USF is a very good team, a future conference opponent, and an NCAA qualifier last year. This was a quality set of opponents and it gave us our first chance to handle playing back to back to back."

Next up on the Owls’ schedule is playing host to Texas A&M University, Corpus Christi on Sunday afternoon.