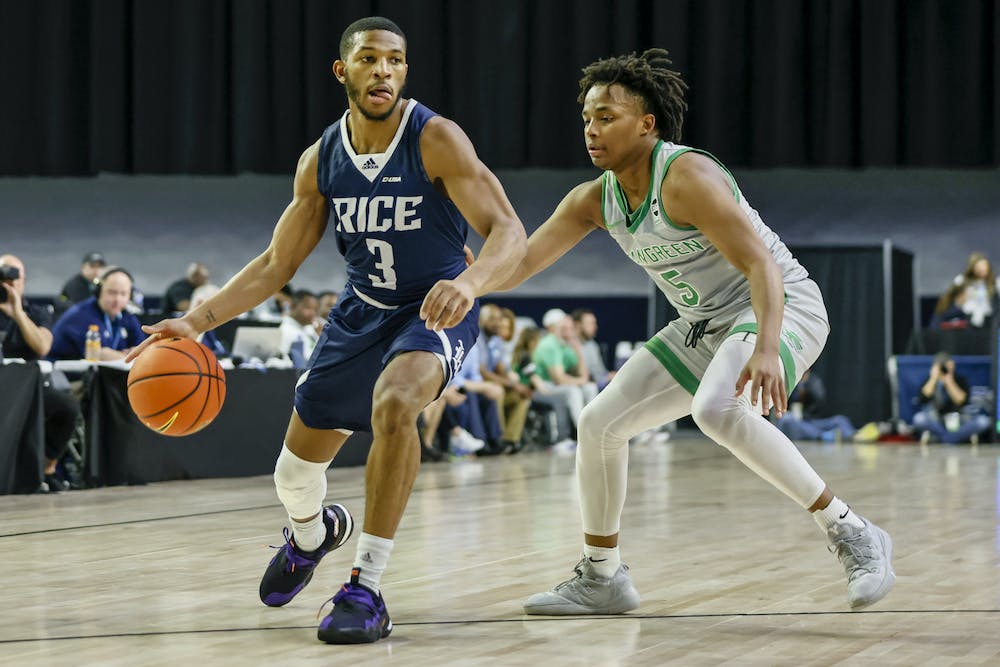 Ending the season with a 16-16 record, the season was just the fourth time in the past fifteen years that the Owls finished the season with at least a .500 record. According to head coach Scott Pera, the Owls did not play with that high energy required to beat the Mean Green.

“We just did not have a ton of juice and we were just sluggish,” Pera said. “You have to play really well to beat them and we played really poorly and a lot of it is their doing. They are really good defensively. Credit to them, we didn’t bring our A-game and they did.”

The Mean Green, who entered the tournament as the first seed in the West division, made quick work of the Owls. The game was close for the first ten minutes of the first half, but the Mean Green were able to capitalize on numerous Owls’ turnovers and missed shots, resulting in a 16-0 run. This run gave UNT a 35-17 lead at halftime and the Owls as they failed to recover from the deficit.

According to Pera, letting the Mean Green build their large lead made it incredibly difficult for the Owls to come back due to a strong defensive game plan.

“They are one of the most elite defenses in the country and have a style of play where, when they get a 5 or 6 point lead, it seems like it's 20 because they grind you into the ground,” Pera said.

The Owls had trouble shooting the ball on Thursday night, only making 38.3 percent of their shots and shooting just 16.7 percent from the three-point line. The Owls’ offense was led by freshman forward Mylyjael Poteat and graduate student guard Terrance McBride who co-led scoring with 10 points each. In addition, the Mean Green kept control of the board as they grabbed 15 more rebounds than the Owls, who were only able to grab 22 missed shots.

When looking back at the season, Pera described his squad as a very talented one that could have reached high heights. However, the loss of sophomore guard Quincy Olivari midway through the season affected the Owls’ chance of reaching their high goals.

“We were a cheap foul against UTEP away from being a very good team, Pera said. “Quincy [Olivari] goes down and the whole season changed. However, our kids battled and fought and we lost some tight ones. We got another conference tournament win. It is now two years in a row that we have had a conference tournament win and that is the first time in 17 years that Rice has done that.

Pera, though, is not calling quits on the season as he is keeping out hope for the Owls’ potential entry into a late March invitational tournament, a prospect that he describes as exciting.

“We are also having some conversations with some postseason tournaments so we may still be playing and keep an eye out for that,” Pera said.  “Anytime that we can play in late March in this program, that is the goal, and would be excited to get that opportunity.