Men's basketball cruises past Charlotte to advance to C-USA quarterfinal 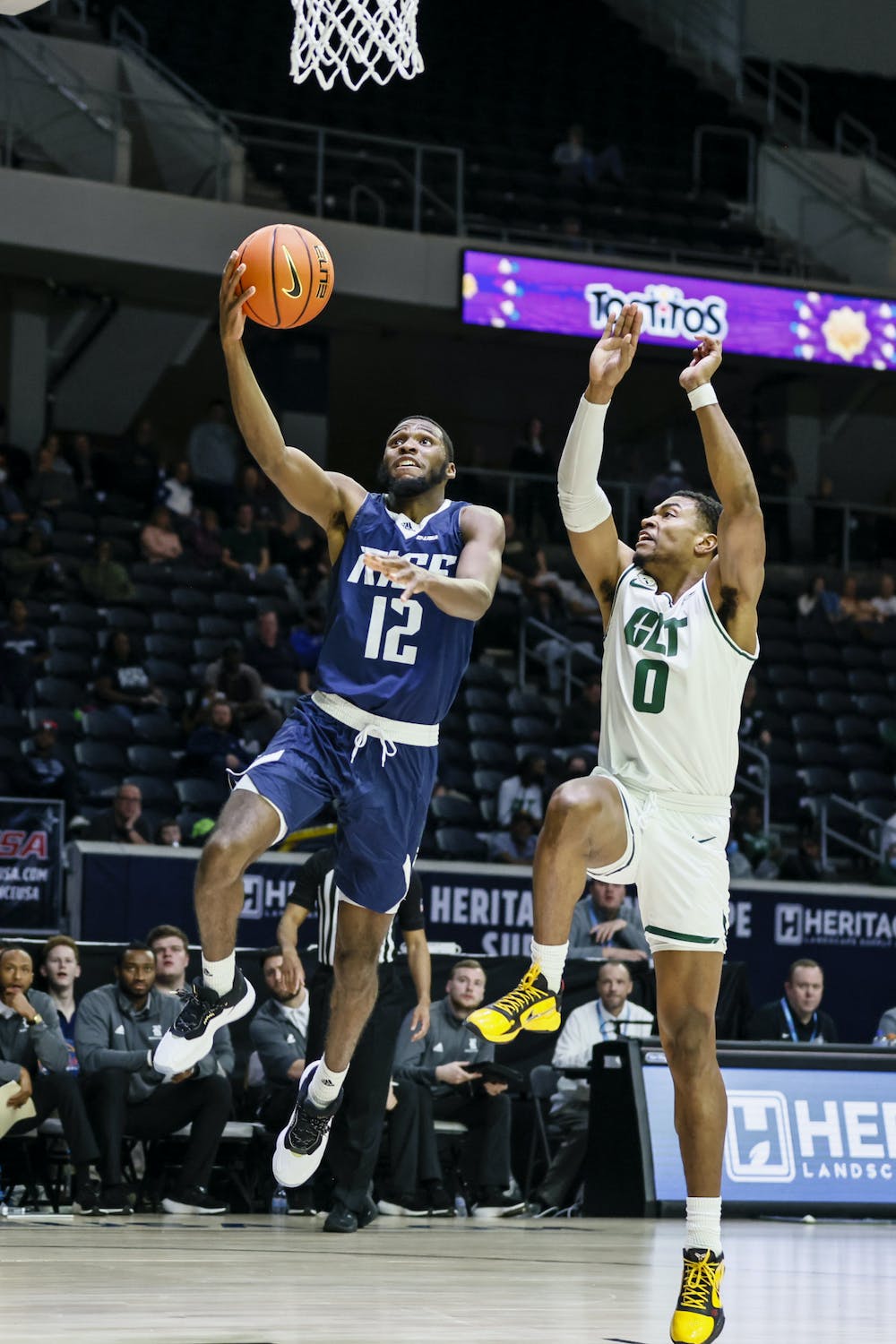 Head coach Scott Pera said he was very proud of how the team has overcome injuries to get this far in the tournament.

“I am very proud of them and happy that we got a win,” Pera said. “We have gone through a really tough stretch there due to a lot of circumstances that were out of our control. I am just really pleased with what we did tonight.”

The 49ers controlled the initial minutes after tipoff as they went on a 7-0 run to start the game. However, the Owls were able to take advantage of missed shots to get back into the game by the midpoint of the first half. From there, the Owls capitalized on a string of 49ers turnovers to build a seven-point lead at the end of the first half.

According to Pera, the defensive effort and offensive play helped build the comfortable lead over the 49ers into the break, despite a bad night for their normally reliable three-point shooting.

“It was our defense and our execution offensively to keep increasing the lead,” Pera said. “We know that there are other ways to win, especially in March. However, we hope that there are no more [games where we shoot 2-12 from three] in the future, and I doubt that there will be.”

The Owls let their positive momentum guide them into the start of the second half as the team continued to stabilize and grow their lead. The team fought off surges from the 49ers  to build a comfortable 18 point lead with 2 minutes left in the game. From there, the 49ers, in desperation for the survival of their season, tried hard to close the margin but could only close the gap to nine points. Rice converted a series of free throws in the final minute to bring their lead back up to 12 at the final buzzer.

Sophomore forward Max Fiedler contributed on both sides of the ball and found his way onto the stat sheet in numerous facets of the game. Pera said that Fiedler’s fingerprints could be found all over the win.

“Max [Fiedler] had 12 points, 8 rebounds, and 6 assists,” Pera said. “This is when he is at his best when he makes those great passes from the top of the key, finishing around the basket, and I thought his defense was excellent as well.”

Graduate guard Carl Pierre led the Owls in scoring with 16 points. After the game, Pierre said he was very pleased with the effort that his team left on the court.

“I am super proud of the team,” Pierre said. “We have been locked in and I think these players have really come together to emphasize the opportunity that we have here. I can’t say enough how proud I am of our execution and how we played hard and got the dub.”

“It is always exciting to play another game to win the conference tournament,” Pera said. “It doesn’t matter who it is against. Obviously, UNT is a tremendous team that has done tremendous things. But our kids will be locked in, prepared, and ready to go.”

The game tips off at 5:30 pm and will be broadcast on Stadium.