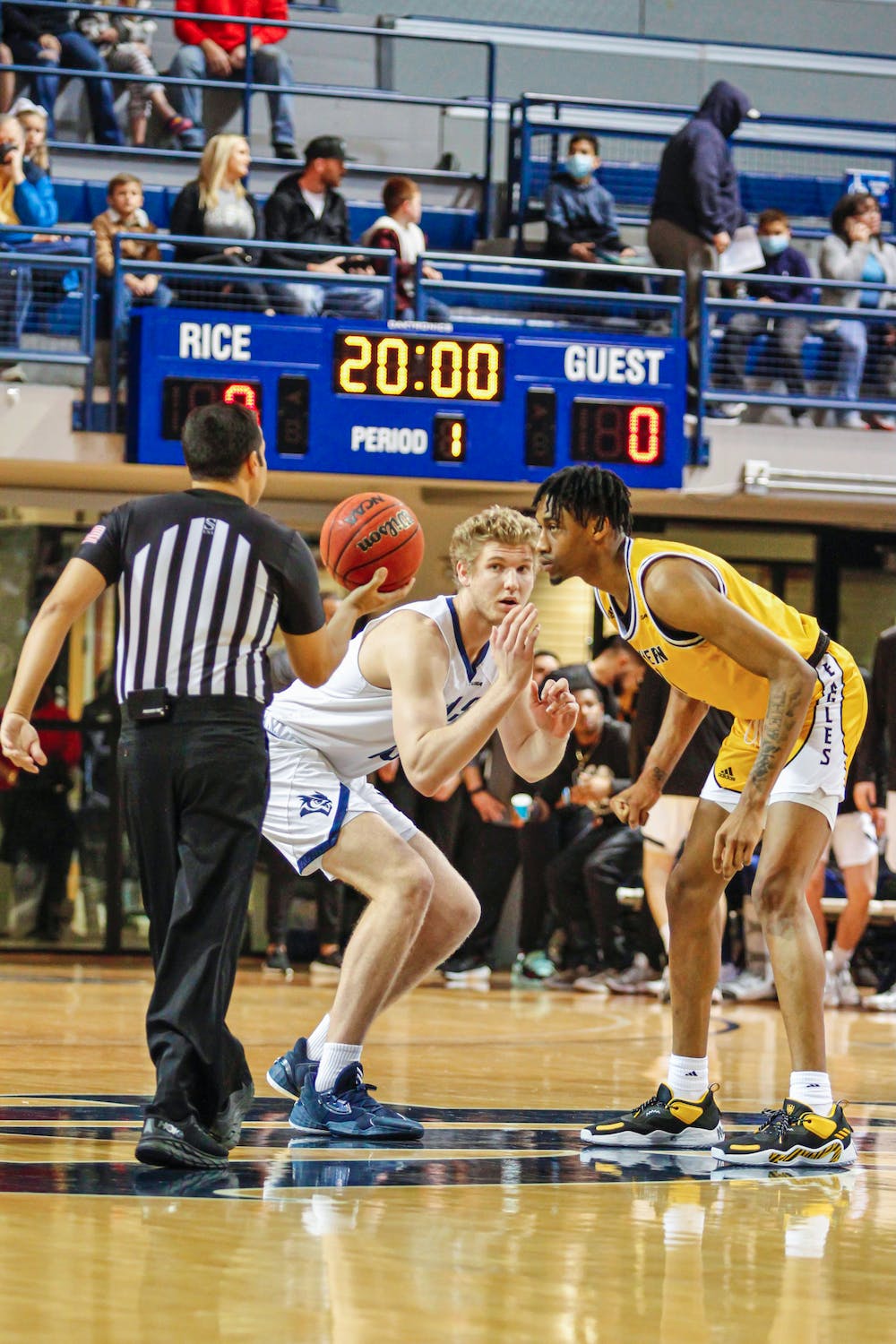 With an overall record of 15-15 on the season, the Owls are 7-11 against C-USA opponents. In their lone match against their first-round opponent, the Owls were defeated by the 49ers  67-64 at home. In a close game, the matchup featured 10 lead changes and wasn’t decided until free throws in the last minute of the game. Head coach Scott Pera said that the team is excited for the chance to avenge their earlier loss to the 49ers.

“The goal is to play as well as we can play,” Pera said. “That is our focus every night and every game. It is a very exciting time of the year and we are very anxious to get on the court at 5:30 on Wednesday. We hopefully redeem ourselves after taking a loss to Charlotte the first time.”

Graduate guard Carl Pierre has set his goals high for the tournament as he hopes to end the week clutching the tournament trophy with the rest of his teammates.

“The goal is to win,” Pierre said. “I think that it is every college basketball player’s goal going into a conference tournament.”

Going into the tournament, the Owls’ will lean on an offense that scored 75.3 points per game this season, good for No. 69 out of the 350 Division I teams. In addition, the Owls rank No. 18 in three-pointers made per game and No. 15 in assists.

Pierre leads the team in scoring with 15.4 points per game while sophomore forward Max Fiedler leads the team in both rebounds and assists with 5.5 and 3.6 respectively. According to Pierre, the key for the team to make a deep run in the tournament is to leave all of their energy on the court.

“I think we need to bring a level of intensity and a high level of play day in and day out,” Pierre said. “It is not easy to do and everybody is banged up, but the teams that are mentally tough and are able to play with a lot of energy are the teams that give themselves the best chance to win.”

According to Pera, the side of the ball that the Owls will need to work on the most is the defense: they are the second worst team in college basketball this season in 2-point field goals allowed and the sixth worst in field goals allowed per game. Pera believes that improving the defense will help the offense get into a rhythm, and be critical for a victory.

“I think we need to defend,” Pera said. “I think we did a good job of causing some turnovers the first time against Charlotte. However, I think the shooting percentages were too high. If we can defend a little bit better, I think the offense can get into a really good flow, and then we’ll play a really good game for a chance to win.”

Fiedler believes that if the team sticks to the script and stays focused, the Owls will be able to play their best stretch of games all season in the tournament.

“The biggest key for our success is for all the guys to step in and compete as hard as they can,” Fiedler said. “Everyone is just on top of it. We know what it takes and we just need to go out there and compete. Our goal is to play the best slate of games we’ve played all year and make a deep run.”

Traveling to Frisco, TX for the tournament, the Owls will face off against the 49ers on Wednesday at 5:30 p.m. If the Owls defeat the 49ers, the Owls will face off against the University of North Texas Mean Green in the quarter-finals on Thursday at 5:30 p.m. in the quarterfinals of the tournament. The semi-finals will take place on Friday and the final will be held on Saturday.