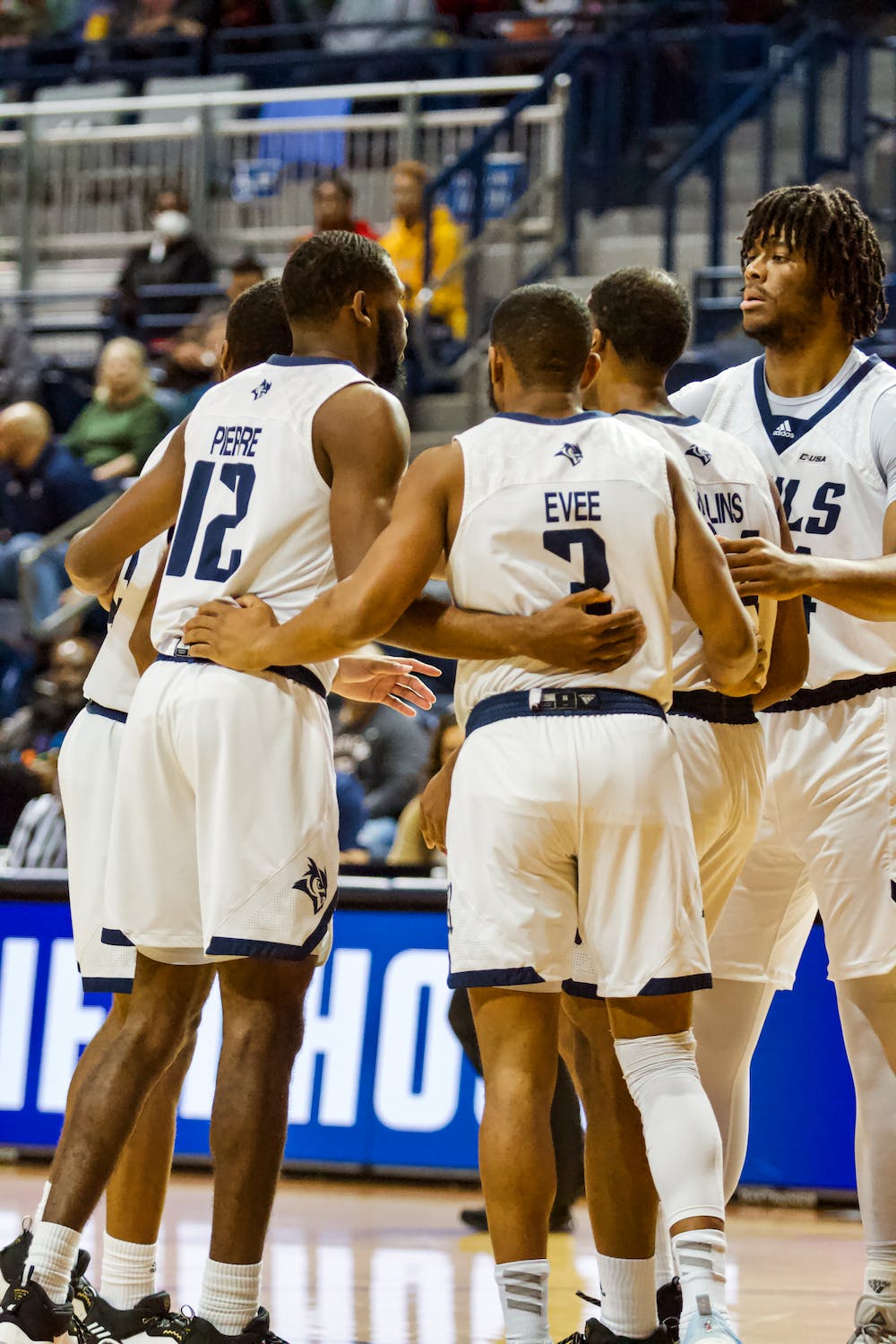 For once, the Rice men’s basketball team can count themselves lucky to not be ranked among the top teams in the country. On Saturday, when each of the top-six ranked teams lost on the same day for the first time ever, the Owls pulled ahead of the University of Southern Mississippi in overtime for a 77-72 Senior Day win. After the game, head coach Scott Pera said that he was happy with how the team fought to get the win for the seniors.

The win snapped a four game losing streak for the Owls, as well as a five game losing streak against conference opponents. The losing skid coincided with the loss of sophomore guard Quincy Olivari to injury. After the game, Pera said that while it’s taken time, the team has finally figured out how to without their third leading scorer.

“We desperately needed this, because they’ve been battling so hard,” Pera said. “We [lost] by two to [Florida International University], we [lost] by four to [Louisiana Tech University]. Our kids had just been battling, they hadn’t seen that success since we lost Quincy. And tonight they did, so now they know what that looks like.”

Rice saw their early lead vanish behind a 10-0 Southern Miss run just over nine minutes into the game. The Owls fought back to even the game, but an 11-0 run in the final minutes of the half helped the Golden Eagles go into the locker room with a four point lead.

The Owls struggled to close the gap as the second half got under way. But down eight with 12 minutes remaining, Rice scored 11 in the span of two minutes, behind three three pointers from sophomore guard Travis Evee, to take a 51-49 lead. After being held scoreless in the first half, Evee, who was left out of the starting lineup for the first time all year, woke up and scored 14 points in the second period.

Four more lead changes ensued, and neither team built a lead of more than four points for the rest of the half. Another Evee three with two minutes remaining gave the Owls their biggest lead of the half, but USM guard Wayln Napper made a layup while being fouled, and hit the ensuing free throw to close the gap to one. The teams traded misses, and down by one with 21 seconds left, USM was forced to foul. Junior guard Chris Mullins hit one of his two free throws, but Napper found forward Isaih Moore running the baseline for an alley-oop to tie the game with ten seconds left. Evee missed a three at the buzzer, and the game went to overtime.

Rice took an early lead in overtime when Evee hit a three on the Owls’ first possession. After a USM layup and Rice free throw brought the lead to two, neither team would score again for the next two and a half minutes. With 1:30 remaining, Mullins finally broke the silence, hitting a three to give the Owls a five point lead. According to Mullins, when USM let him get open, he knew they’d be in trouble.

“I was like, ‘don’t let me hit this,’” Mullins said. “It just felt good that [in] a close game, the fact that I hit the shot to break it open. It was just an amazing feeling.”

The game wasn’t quite over, and USM narrowed the lead to three, but Rice hit six consecutive free throws to put the game away.

The game let Rice’s crop of seniors leave Tudor Fieldhouse with one final win. According to Mullins, who while technically a junior, spent four years with the Owls, it brought back memories of his first ever game at Tudor.

“It just comes full circle,” Mullins said. “I started off with a win and ended with a win here. I’m just going to have so many memories here, it’s just a great feeling [that] my first and last I came out with a win.”

Pera had been reinforcing the importance of Senior Day to his team all week. At practice and at team meetings, Mullins said that his coach had one simple message for the team.

As for this week, Pera said that he’ll have a very different message for the team.

“Rest,” Pera said. “Everybody take tomorrow [to] rest, and enjoy this win. Monday, we’ll get back together and … try to find a way to win a road game Thursday night.”