Baseball drops 2 of 3 to UAB to open conference season 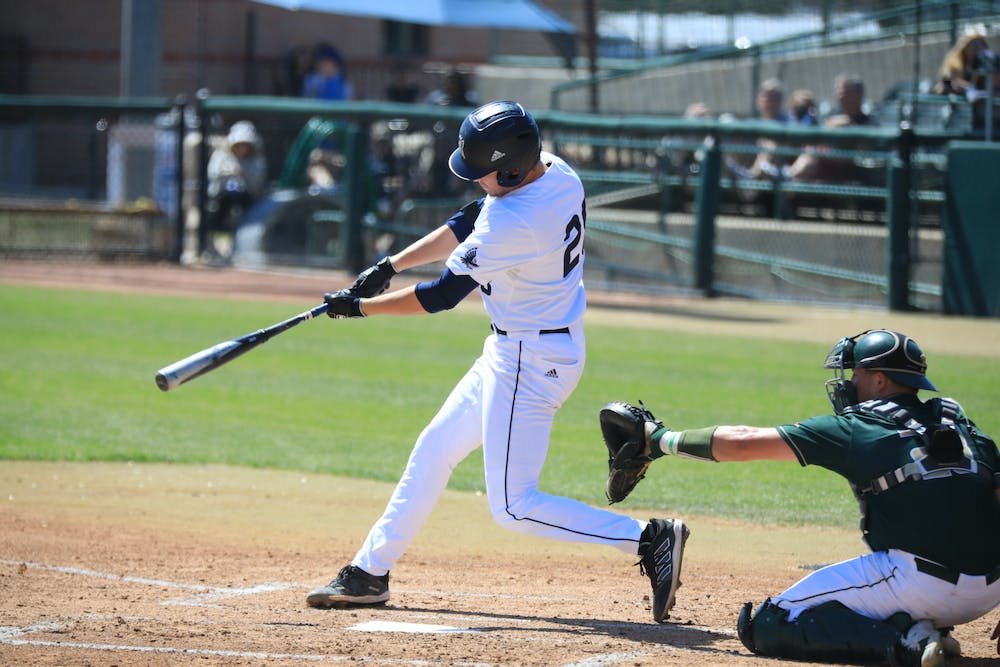 The Rice baseball team lost two out of their three games against the University of Alabama, Birmingham this past weekend to open their conference season. After defeating the Blazers 8-7 on Friday night, the Owls dropped their next two games in a 10-6 loss Saturday afternoon and a 9-8 loss on Sunday. The Owls are now 6-15 on the season and 1-2 in conference play.

Despite the series loss, first-year head coach Jose Cruz Jr. believes that the team is beginning to get comfortable with each other with all of the pieces slowly coming together.

“I think our team is finding their groove when it comes to the lineup and the rhythm,” Cruz said. “We end up having four or five guys that have been swinging the bat pretty well all at the same time. People are beginning to understand how to do their craft better. The starters are starting to come alive with giving us better outings. All in all, it has been good.”

In addition, Cruz said that the team’s determination and continued effort despite the early season struggles is a good sign going forward.

“We keep fighting and haven’t given up and [we’re] grinding to give us a chance to win games,” Cruz said. “Unfortunately, we didn’t win, but there [were] a lot of positives.”

The Owls’ lone win came in the first game of the series. In a close game which saw several lead changes, the Owls’ pitching prevented a late comeback by the Blazers. Successfully preserving the Owls’ lead Friday evening, sophomore pitcher Matthew Linskey earned his third save after striking out four batters in 1.2 hitless innings.

According to Cruz, Linskey is a unique talent that can continue to grow while continuing to serve a vital role in the team going forward.

“Matthew Linskey is special,” Cruz said. “I think that one of the things right away was his potential to be really good. He has really gravitated to his role and really understands his body. There have been few adjustments made in mechanics, and he has really become a force for us which is great to have. We are happy to have him and hope to continue building on his success.”

In their last game of the series, the Owls lost to the Blazers in dramatic fashion. After falling behind by a score of  7-1, Rice stormed back to get within a run of the Blazers, but were unable to complete the comeback in the bottom of the ninth. Trailing by one run with  runners at first and third base and down to their final two outs, junior utility man Johnny Hoyle fouled out and sophomore outfielder Connor Walsh struck out to end the game.

Despite their failure to win many games during their home series, the Owls averaged 7.3 runs per game over the weekend. According to Cruz, he is still working to find the offense’s optimal setup, but is encouraged by what he’s seen from a number of the team’s top hitters  during their most recent stretch of games.

“[Sophomore infielder Drew] Woodcox, [sophomore outfielder Guy] Garibay, [freshman infielder Aaron] Smigelski, and [senior infielder Austin] Bulman have all been swinging the bat pretty well,” Cruz said. “However, there is something here that we are working [on] and we are trying to see where everyone is going to fall into place. We keep giving guys opportunities and seeing who will take it.”

However, the pitching struggled to limit the Blazers offense, with UAB scoring seven or more runs in each game. Through 21 games this season, the Owls’ team ERA sits at 5.87.

The Owls’ conference schedule continues when they  travel to Huntington, West Virginia later this week for their three-game series against Conference USA rivals Marshall University, which starts on Friday, March 25 at 2 p.m.