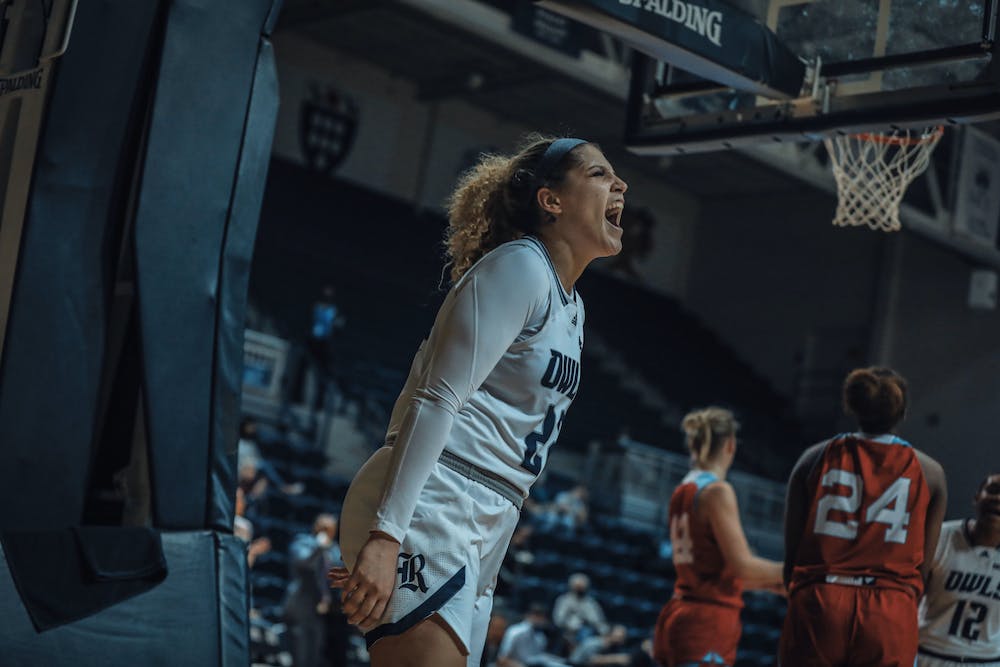 It took six games, but the Rice women’s basketball team was able to get into the win column in Conference USA standings on Thursday when they took down Louisiana Tech University by a score of 72-64. The game was the first conference win in the tenure of first-year head coach Lindsay Edmonds, who guided the Owls to a 5-3 record in non-conference play before the team hit a five-game skid. According to Edmonds, the win meant even more given all that it took for the team to get there.

“I’m just so happy for this team,” Edmonds said. “We went through a lot. We’ve had adversity with injuries, with COVID, with low numbers, and with the four-overtime game this past weekend. We could have easily come in here feeling like ‘woe is me, we’re 0-5’  and just not performed the way that we did. I’m so proud of their effort, I’m so proud of them coming in tonight and competing the way that they did, and being rewarded for their efforts.”

After a back and forth first quarter left the game tied, Rice rode a 16-4 run in the second quarter to take a 12-point lead into halftime. After an even third quarter, the Lady Techsters went on a 10-2 run to bring the game within four with 5:10 remaining. According to Edmonds, the team knew they had to focus and tighten up their defense to close out the game.

“Basketball is a game of runs,” Edmonds said. “There’s always going to be runs, you’re hoping that you’re the team that makes more runs. I think LA Tech made a little bit of a run there, and we needed to get stops.”

After a Rice timeout, they were able to hold off the late push and seal a 72-64 win. Sophomore forward Ashlee Austin led the Owls with a game-high 27 points. Austin, who added four blocks on the defensive end as well, was joined in double figures by three teammates. While both teams shot around 40 percent from the floor, Rice held a 24-9 advantage in points scored from three-point range and outshot LA Tech from the free throw line 22-11.

The win came just five days after the Owls took the University of North Carolina at Charlotte to four overtimes, only to lose by a score of 88-83. According to Austin, the Owls spent all week recovering from the longest game in program history in order to be ready for Thursday.

“We were all in the training room getting treatment, just trying to get back [and] get ready,” Austin said. “I know I was getting a lot of sleep this week, eating really good, just trying to get ready to get us rolling. It was tough, but we bounced back taking care of ourselves.”

While they had yet to win a conference game prior to Thursday, the Owls had managed to decrease the margin of their loss in every game leading up to the LA Tech game. According to Edmonds, after they’d had chances to win in recent weeks, it was gratifying to finally close out the game.

“I know we [were] 0-5, but with the exception of [a 24-point loss to Middle Tennessee State University in the C-USA opener], I feel like we’ve been in every game,” Edmonds said. “For them to be able to learn from those mistakes we’ve made in other games and finish the game out with a win, I’m so excited for the players and so proud of how tough they are.”

The Owls were unable to repeat the trick on Saturday, when they took on the University of Southern Mississippi. After a close first quarter, USM pulled away for a 78-55 win, dropping the Owls record to 1-6 in conference play. Rice will look to bounce back when they hit the road to face the University of Texas, San Antonio on Thursday at 7:00 p.m.