Transpeople’s humanity is not up to ‘respectful discussion’ 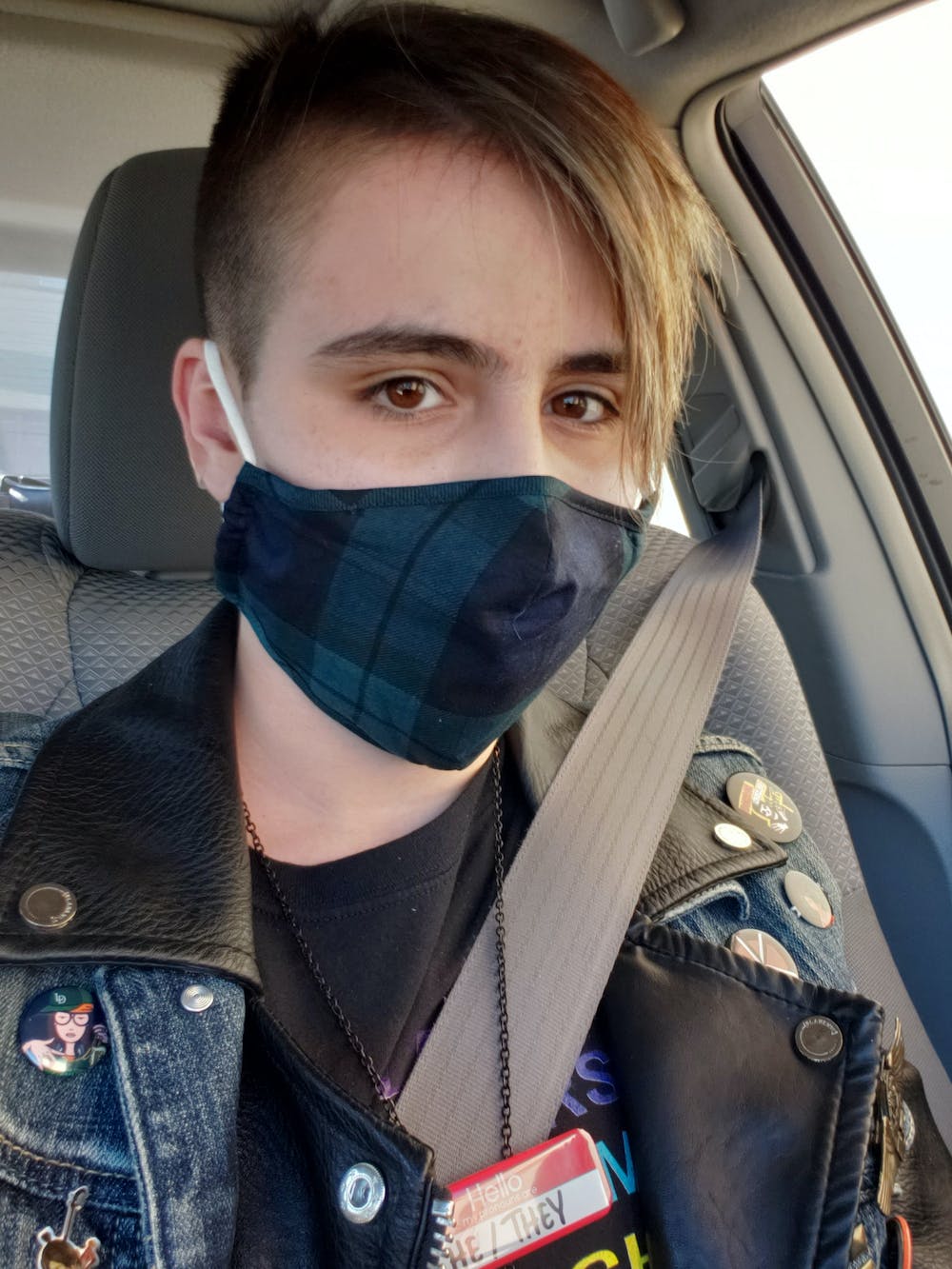 While I wasn’t able to attend the Senate meeting on Feb. 7, I read the minutes of the meeting and am severely disappointed in the Student Association’s response to the comments of Rice Swim coach Seth Huston on the “controversy” surrounding transgender athletes. I’m attempting to share my perspective on the situation as a trans student and former athlete/coach. The University must actively denounce transphobia and other forms of bigotry in the future if it wishes to uphold a value of equity on its campus.

I read the entire article the day it was released, and it was based in transphobia. This isn’t hindsight bias; you can check my Twitter. It was not “out of context,” as the swim team’s statement says. Transphobic arguments are not negated by an obligatory “well I’m fine with her.’’ This is not a statement of acceptance: to do so would be truly taking it out of context. It is a way to avoid pushback and seem socially acceptable.

This is what people do to cover racism and homophobia (i.e, “I’m ok with them being married, but they shouldn’t be allowed to adopt kids’’ or “I’m ok with diversity, but it’s not fair they got into college instead of me”). It’s putting lipstick on a pig. If Huston is truly ok with transwomen like Lia Thomas competing in women’s divisions, there would be no need for unprompted commentary.

The NCAA is his supposedly main concern. Yet since at least 2011 the NCAA guidelines for transwomen followed international rules for guidelines set in 2003, requiring proof of social transition and a reduction in testosterone levels, something pretty achievable if given the resources. In other words, it’s been figured out for over a decade.

The NCAA only started to vary from international guidelines in the past year after the “controversy” surrounding Lia Thomas. These changes show that while the NCAA allowed Thomas to compete, they didn’t actually want her to do well. It shows that to them, us winning must be because of biology, not because we actually have skill.

Michael Phelps famously has a "biological advantage" that helps him be an extremely proficient swimmer, but this is praised as genetic superiority, not unfairness. Numerous other cisgender athletes have well-known biological advantages that are cultivated and encouraged instead of affecting the “integrity” of the sport. Phelps’ advantage combined with his hard work is what got him where he was, not the advantage itself.

Non-binary students are still forced to pick a gendered team in most cases. In my previous sport, karate, divisions weren’t gendered until adult levels. In Brazilian Jiu-Jitsu, where youth divisions are gendered, I competed on boys’ teams after being the only “girl,” no complaints. I wasn’t “dominated,” either. My experience has always been that any biological advantage can only get you so far without hard work, regardless of gender.

Additionally, the comments of cis students should not have equal footing with the comments of trans students, who can’t participate in sports in many states, including ours, anymore. There was minimal evidence of moderation in the minutes, and attendees I spoke with called it “chaos.” The lack of immediate moderation is complacent and makes these discussions dangerous to the people they are supposedly trying to protect.

The common refrain of “protecting the integrity of women’s sports” is textbook transphobia. The fact that this comment went unchecked by the SA is unacceptable. I know multiple trans students at Rice who wanted to join sports teams but don’t feel safe, quit, or with sports like gymnastics or swimming, the uniform is a source of dysphoria. We worry about the very reactions people have towards Thomas, and these “discussions” show that we have every right to be. Somehow men and women are equal until trans people exist.

Testosterone is a hormone that does correlate with traits associated with people who have male puberty, but everyone has it. Look at a modern bell curve of hormones and gender: there is a significant overlap between assigned male at birth and assigned female at birth levels of estrogen and testosterone. Many people also have conditions that give them extra or less of these hormones than the usual pool. These people, when “cis,” are not forced to switch teams. Many people don’t even know their own hormone levels, and these policies also hurt cisgender women.

While the conversation regarding how to de-gender our current system is complex and important, it should not be led by transphobia. Further, trans people’s humanity and right to participate is not part of the discussion. Coaches need to focus on supporting their athletes, not obsessing over the competition.

However, many in the sports world share Coach Huston’s perspective, and some will fully admit they don’t understand the issues yet make bold statements as if they do. These conversations often lack the inclusion of transgender and intersex individuals and are not respectful. Not everyone needs to speak on every subject: stick to what you know, and listen when you don’t. If you beg for respectful discussion, then be respectful.

After reading this, I hope some of you learned something, even if you don’t agree with me. I’d like to add that I don’t mean to promote any negative action towards or speak in bad faith of the SA or Rice Swimming. I have chosen a direct tone because addressing this as if it’s a new phenomenon would be allowing for future incidents to occur. The University needs to actively denounce transphobia, staff should be given resources to be educated, and conversations need to be moderated if they are to be respectful.