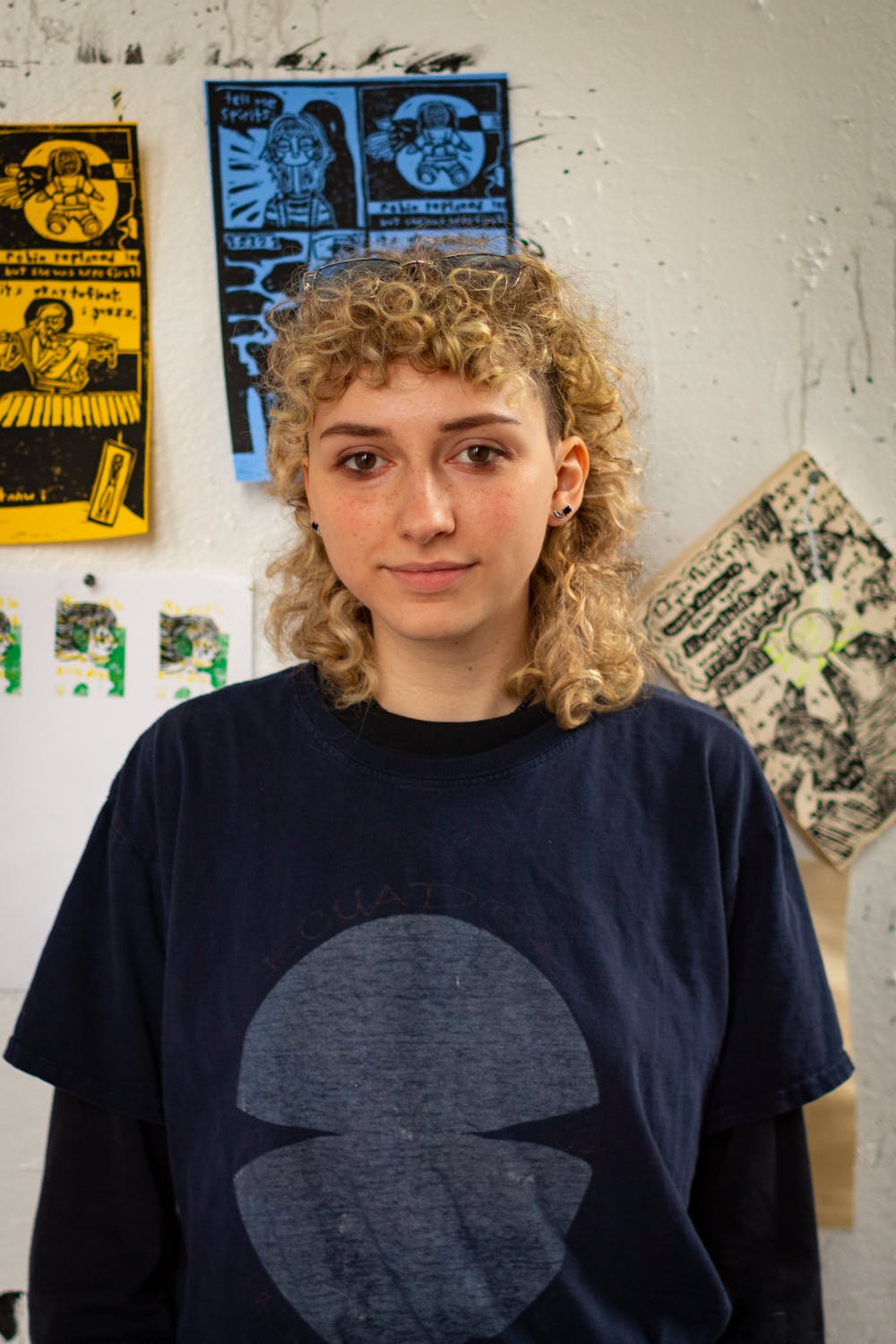 ​​From illustrating Bible stories in the first grade through competitive on-site drawing as a teenager to transferring to Rice as an art history and visual and dramatic arts double major, art has always been a part of life for Laura Semro, Sid Richardson College senior.

“I’m one of those artists that’s like: ‘Oh yeah, I’ve been drawing as far back as I can remember,’” Semro said.

Despite having been heavily involved in the visual arts scene in high school, Semro said she had not originally planned to continue doing art.

“Once I started college, I [thought] that [art] was not really a sustainable thing, so I was planning to be an English major. The first couple of years I went to community college, got my associate’s degree and then transferred here,” Semro said. “But I had a whole panic right before transferring where I thought ‘I don’t want to be an English major.’”

Semro said that she ended up applying to Rice as an art history major.

“I took a drawing class for fun, and [I] ended up being convinced by the professor to pursue it a little more deliberately,” Semro said. “Since then it [has become] the focus. I would say I’m more of an artist than an art historian at this point.”

While her current focus is mostly on printmaking, Semro uses a wide range of media to create art, ranging from ink to poetry to a sculptural performance piece.

“For my final project for senior studio last semester, [I made] a couple of humanoid sculptures made of really, really weak armatures that aren’t meant to last, so it would not create a sculpture that would last very long,” Semro said. “[I] covered that in like wet plaster, and then I put it on the ground, wrote some stuff around it, and asked a group of my peers from the class to tear it apart.”

Semro said this ties into the themes that carry across most of her work.

“A lot of the themes behind my work revolve around mental health and mental illness and an exploration of myself,” Semro said. “I have ADHD, [and] there are a lot of elements to it that end up being spoken about there from like object impermanence to rejection sensitivity. It always feels like a very heavy thing to explain, and I don’t feel like I am a very heavy person.”

“In the case of this, it was almost accidentally symbolic,” Semro said. “I didn’t fully realize the meaning of it until afterwards, [when I thought], ‘It is so much easier when you ask for support and have other people help you break down the things inside your head that are breaking you down.’”

The impermanence of this sculpture is also characteristic of the art Semro has been making over the last few years.

“I sometimes will write one word over and over and over again until you can’t see what it says, and then I forget what it says,” Semro said. “I really like illegibility leading to even [myself] forgetting what was so intense in the moment. It’s this idea of transience and bad feelings not being made to last. There’s a comfort in that, and there’s also a comfort in just completely giving in to the bad feelings and expressing them in this frenzied way.”

This is also why Semro said that she has recently preferred to work in ink and print making.

“I always liked the permanence of it. There’s always a tension between permanence and impermanence and the cyclical nature of feelings,” Semro said. “So ink was a really great way to have a very quick and fluid expression of things, but it’s also very permanent. Once it’s there, you’re not taking it away. It’s not like a pencil drawing to obsess over. It’s just there.”

Semro also considers this aspect of permanence versus impermanence in her printmaking.

”Printmaking is just obsessive cycles where you draw one thing, transfer it to something else, carve it out, and then you’re printing it over and over,” Semro said. “Right now I’m printing on construction paper, because it’s a little mundane and not made to last forever. I really like that element. I have a bad habit of using non-lasting materials in what I make, and I think it [speaks] to a lot of my motivations behind [my art].”

As for what comes after graduation, Semro says she doesn’t know, but she is looking forward to being able to see new places.

“I’ve lived in Houston since I was seven, so I would really like to go somewhere else,” Semro said. “But, like everything else in my life, [my plans] are very transient and unclear, and that’s okay because something will happen, and I can’t stop what will happen from happening.”

The one thing that is clear though, Semro said, is that her path will definitely involve art.

“I can’t really escape it,” said Semro. “I tried for a couple of years, and I don’t think it’s going to work.”