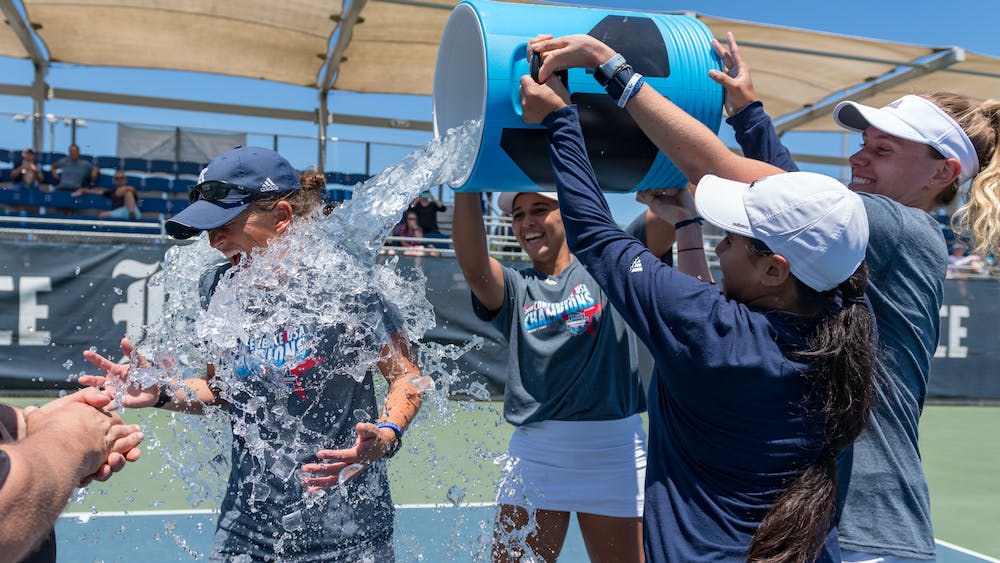 As of last week, Rice women’s tennis head coach Elizabeth Schmidt now has 200 career wins to go along with her six conference championships and nine NCAA tournament appearances. But according to Schmidt, it’s the people with whom she’s shared these accomplishments that have made them special.

“[I’ve] been fortunate to have been a part of really great matches and achieve a lot of some really cool milestones,” Schmidt said. “But those milestones don’t happen without the student-athletes, the assistant coaches, the support staff that come to work every day and work really hard and really love representing Rice.”

A five-time conference coach of the year, Schmidt started her coaching career as an assistant at Rice in 2004, after which she left to coach for two years at the University of Notre Dame. She returned to Rice in 2008 for her first head coaching position, a move that she said was fueled by her time already spent here as an assistant coach.

An Austin native, Schmidt said the proximity to home was also an advantage for her in coming to coach at Rice.

“When you’re looking at jobs, obviously you’re trying to find the job that’s going to be a good fit for everybody,” Schmidt said. “But it was a bonus that I could be that close to home and my parents are only a couple hours away and they can come watch a lot of matches and help out with the family.”

It was her own experience as a player at University of California, Los Angeles, that made Schmidt pursue coaching as a profession. Additionally, Schmidt said she has been inspired by two strong women in her life — her Westlake High School coach Elsa Hinojosa and head coach at UCLA, Stella Sampras Webster.

“Those two women I feel really helped pave the way for me to be where I am today, for sure. I will have so much gratitude for them, always,” Schmidt said.

After college, Schmidt played professional tennis for three years, making it to doubles qualifying at Wimbledon in 2003. As a kid, she said she first picked up the sport by following the lead of her two older brothers once they started playing tennis.

The relationships built on and off the court are most important to Schmidt, who says she still keeps in touch with not only her own coaches but also many former players from Rice.

“It’s really fun to just really build those relationships and obviously work hard together and continue the friendships past college,” Schmidt said. “The student-athletes are what make this job so special.”