Review: Toni Morrison’s re-released ‘Recitatif’ is as relevant now as ever 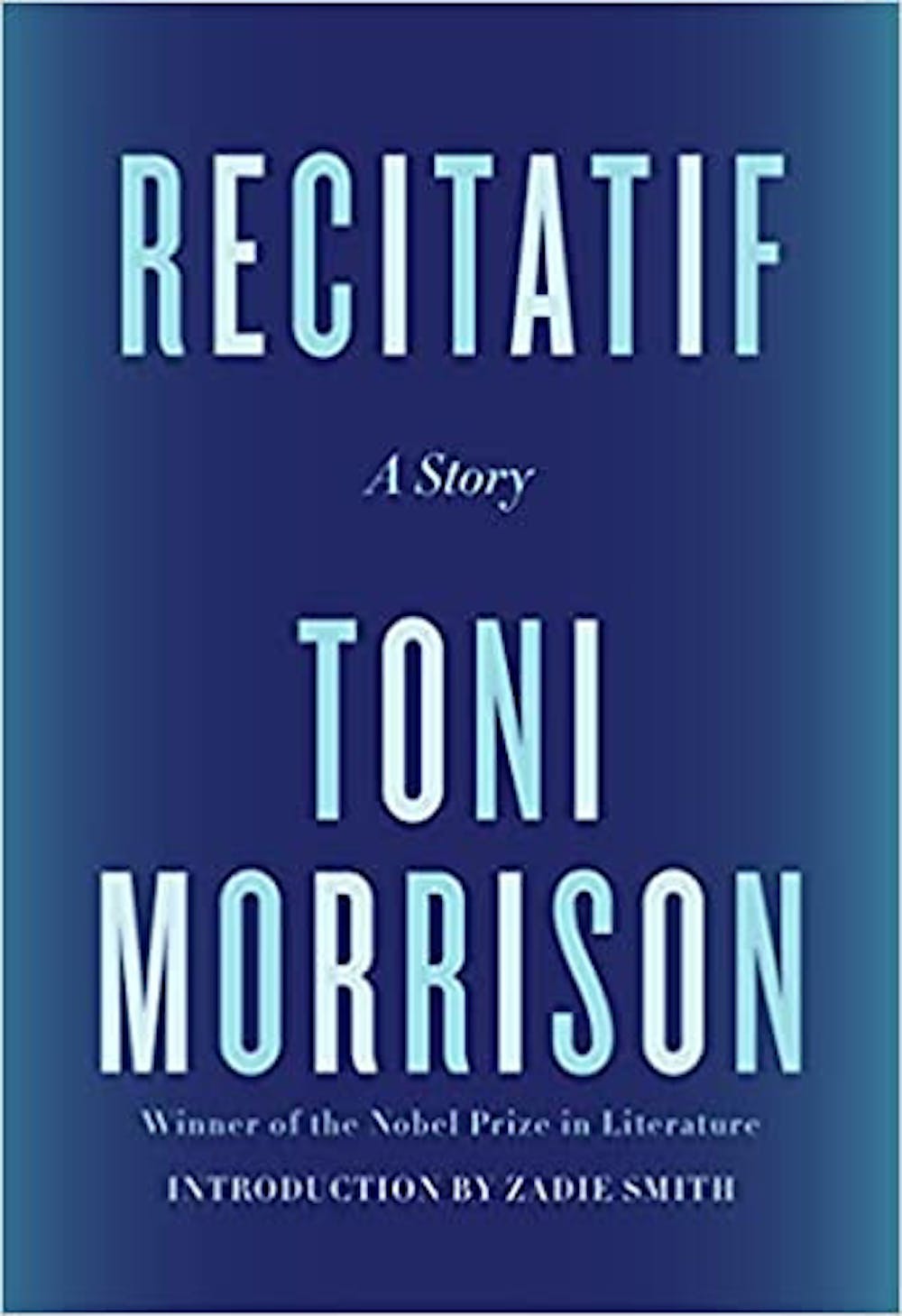 Late last year, the metastasizing effort by school boards across the country to ban certain books from school curricula, many of which were written by queer and/or BIPOC authors, rose to the forefront of American politics. Glenn Youngkin, Virginia’s then-conservative gubernatorial candidate and now governor as well as Rice alumnus, supported the effort to excise Toni Morrison’s Pulitzer-Prize winning masterpiece, “Beloved,” from students’ required reading. In response, Democratic incumbent Terry McAullife’s campaign began handing out free copies of the novel at his rallies. It didn’t win him the election, but it did bolster a burgeoning countermovement to ensure that Morrison’s work retained its legacy as being among the most essential literature ever crafted. And so now we have “Recitatif,” again.

Originally published in 1983, “Recitatif” is Morrison’s only short story, but as British author Zadie Smith dictates in her incredible introduction to the republished version, it is “a perfect — and perfectly American — tale, one every child should read.”

“Recitatif” is a story about race told through two characters, one white, one Black. It’s a story about two young girls, Twyla and Roberta, who are connected through trauma yet separated by skin color. They meet after being placed in St. Bonny’s orphanage, as both of their mothers are unable to care for them due to mental illness, and their fathers are seemingly absent. As roommates, they are inseparable, spending their brief time together at the orphanage learning how they are “more alike than unalike,” as Morrison puts it. Against the backdrop of 1950s America, their friendship is inspiring — two girls finding themselves in one another as the world tries to tear them apart.

Except, “Recitatif” is not so much a story about racial difference as it is the reader’s perception of racial difference, due to Morrison’s strategy of not revealing which girl is white and which is Black. Throughout the story, she thrusts both white and Black stereotypes onto each character and their mothers. As Zadie Smith so aptly articulates, Morrison’s ambiguous application of stereotypes coupled with her choice to never explicitly reveal their races has a very telling effect on readers: their entire focus becomes identifying the race of each girl, assigning either Black or white to the body of stereotypes Morrison has characterized them with.

In doing so, they lose the importance of the event central to the story: Maggie, a mute, bow-legged girl, falling to the ground in front of Twyla and Roberta. As the two are randomly reunited by fate over the years, their differences are evident. First, Twyla is a waitress at a diner that a seemingly rebellious Roberta patronizes en route to a Jimi Hendrix concert. Then, a squarely middle class Twyla runs into a diamond-studded Roberta at the grocery store, both now having established families and homes. Though these differences point readers yet again to perceived racial differences, Morrison redirects their attention to a question that’s a lot easier to ignore: “What the hell happened to Maggie?”

In their second run-in, Twyla and Roberta recount different stories on that subject. Maggie was Black, Roberta asserts, yet Twyla firmly denies this. Their argument grows heated, and, later, they both realize they’re unsure of Maggie’s race, what really happened to her or whether they had anything to do with it.

This, as Zadie Smith describes it, represents the “nobodying” of Maggie or the effective debasement of her life as both the two girls and the reader devalue her story in favor of a growing conflict between Twyla and Roberta.

“Far beneath the ‘black-white’ racial strife of America, there persists a global underclass of Maggies, unseen and unconsidered within the parochial American conversation,” Smith wrote. “Whatever was done to Maggie was done by people. People like Twyla and Roberta. People like you and me.”

Toni Morrison so clearly wrote a story that stretches beyond the contemporary “‘black-white’ racial strife,” in America, yet certain politicians are joining the movement to disavow her work as worsening it — or, as they may allege, for promoting “Critical Race Theory”. “Recitatif,” then, holds up nearly 40 years after its initial publication as a direct confrontation of their inaccurate evaluation of her work: they, too, are “nobodying” Maggie. They, too, are ignoring history.

“Recitatif” was released Feb. 1, 2022 and is available wherever you get your books or audiobooks.