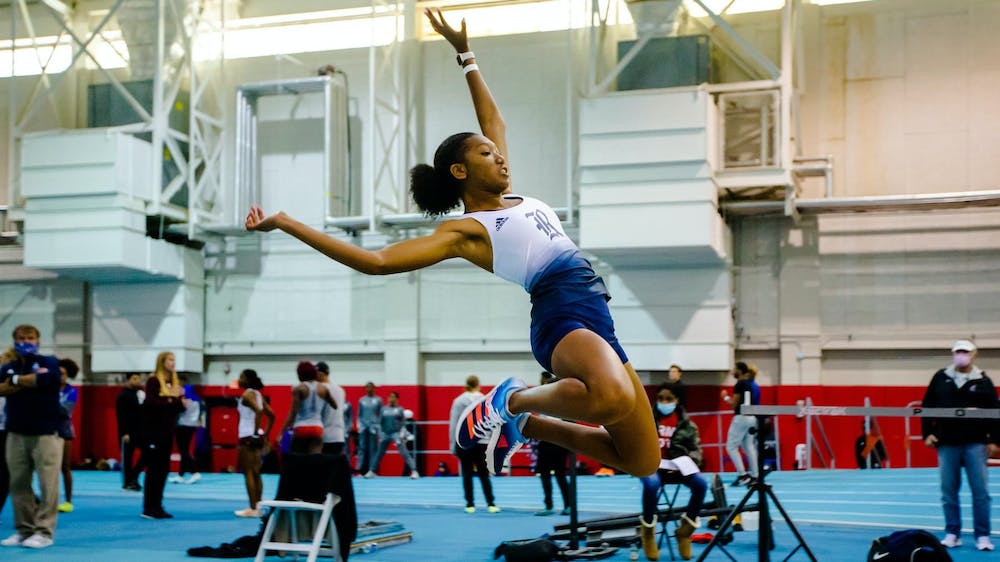 Both teams had some of their strongest performances in the throwing events. For the men, junior Nick Hicks and sophomore Elian Ahmar got first in the weight throw and shot put respectively, while freshmen Cal Abdulky and Jorge Hinojosa got fourth and six respectively in their throwing events as well.

On the women’s side, sophomore thrower Tara Simpson-Sullivan got first place in weight throw, while junior thrower Julie Perez finished five spots behind Simpson-Sullivan and sophomore thrower Morgan Fey placed fourth in the shot put, setting a personal best. Women’s head coach Jim Bevan said that he was especially proud of how his athletes on the field side competed.

Though this was not the first meet of the season for either team, many athletes made their debuts at the UH meet. According to men’s head coach Jon Warren, some of his athletes hadn’t competed in several months and even years. One of those was Metcalf, who ran the best 3000 meter time by an Owl since 2002. Warren said that he was particularly impressed with Metcalf’s performance.

“Worth noting is Elliot Metcalf’s meet,” Warren said. “He has not raced on the track for almost two years and he finished third in a courageous mile leading up to the very end and second in the 3000 posting the fourth best mark in Rice history.”

Bevan also remarked that it was the first meet of the season for some of his athletes. Among them were sophomore distance runner Alyssa Balandran and sophomore distance runner Taigan Hunter-Galvan, as they finished third and fourth respectively in the 800 meter run after not competing in last week’s meet. Bevan said that he was happy for them to get their season started on a good note.

“Alyssa and Taigen did not compete last week, so [I’m] glad they were able to get started in the 800 meter,” Bevan said.

Going forward, the teams will be competing at Texas A&M next weekend and are looking to have the same success they did this past weekend at the University of Houston. According to Warren, the meet will be an important one as their season starts to pick up.

“Next week we will be at a big meet at Texas A&M,” Warren said. “That should be a great test for the team.”