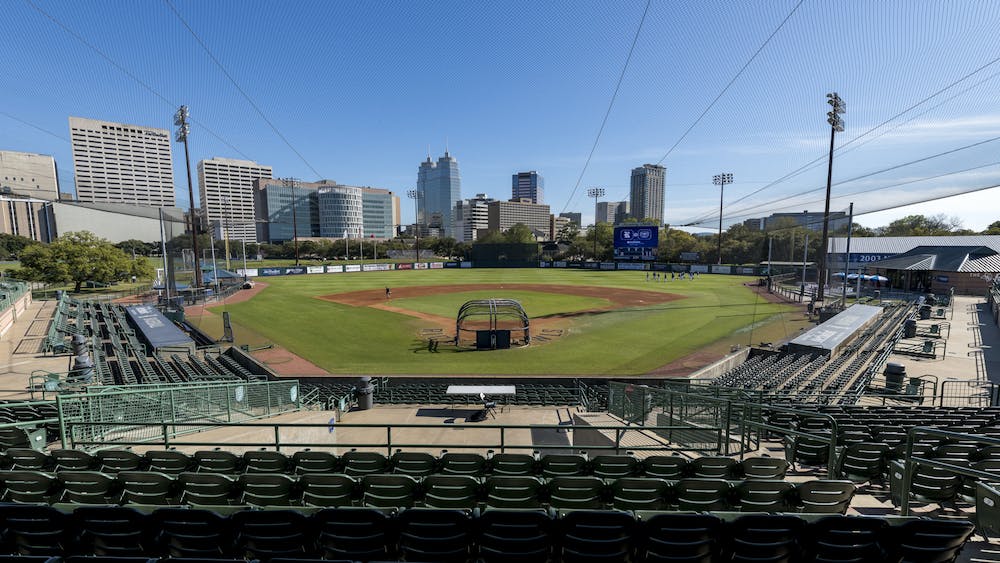 Following the 2021 season, which saw the Rice baseball team go 23-29-1 and miss out on the conference tournament for the first time since 1993, Athletic Director Joe Karlgaard decided that the program was in need of a change. He relieved then-head coach Matt Bragga of his duties after three seasons, and brought in Jose Cruz Jr. in his place.

Cruz played collegiately for the Owls from 1992 to 1995 and helped them earn the first NCAA tournament bid in the history of the program. He hopes to lead this team back to the national stage, now from the dugout as opposed to the field.

“[We want] to be an elite program,” Cruz said. “We want to be considered among the best landing spots for baseball … The big picture is to be the destination for success.”

In order to turn the program around, Cruz said the changes started immediately for him and his coaching staff. The Owls have many new faces on the roster, thanks to Cruz’s recruiting efforts in the offseason.

“We started … recruiting [right away],” Cruz said. “We were able to get [sophomore infielders] Jack Riedel [and]Drew Woodcox and [graduate transfer pitcher] Cooper Chandler pretty fast which is humungous for us. At the same time, we wanted to develop [the players]. A lot of guys want to be better. They’re beyond picking a big school for the name, they’d rather go somewhere and be better. And at the same time, we have the best academic component [in the state].”

During the offseason, the Owls got their first experience playing under Cruz. According to senior infielder Austin Bulman, the new staff has already made quite the impression on the team.

“Coach Cruz is one of the greatest coaches a player could play for,” Bulman said. “He has a knowledge of the game backed with experience in the MLB that not a lot of head coaches can provide. Along with [associate head coach Paul] Janish and [pitching coach Colter] Bostick, I would argue we have the best coaching staff in the country.”

In addition to buying into the coach, the team has bought into each other, according to Roel Garcia, a graduate student pitcher. In his six years at Rice, he said this is the closest one of his teams has been off the field.

Likewise, Bulman thinks that the team’s chemistry in the locker room will correlate to success on the field.

“This team is unique and one of my favorites I have been a part of,” Bulman said. “The guys are hungry for success and the team together has created a good chemistry because of that. My expectations for the season is that we are gonna shock a lot of people. This team wants to win and the work everyone does at practice and extra work on their own will show this year.”

One of the core changes that went on in the program over the offseason was the emphasis placed on pitching. Last year, the Owls posted a 6.30 team ERA that ranked No. 10 out of the 12 teams in Conference USA. However, the Owls will have a much more experienced group of pitchers this year, as they return nearly their entire staff from a year ago, led by junior Brandon Deskins who posted the team’s lowest ERA. Additionally, Cruz hired Bostik to coach his pitching staff in order to bolster what he believes is one of the most crucial aspects of the game.

“The quickest way to be good is to be good at pitching,” Cruz said. “That’s when we started talking about the creation of the ‘Pitching Lab.’”

The biggest change came with the installment of a new pitching facility dubbed the “Pigpen.” The new facility is equipped to compile individual biomechanical data for each pitcher, data which the team plans to use to enhance performance and reduce injury. Garcia said that he has already seen the improvements in the pitching staff compared to last season.

“I’ve seen improvement in our pitching staff,” Garcia said.  “We have a lot more talent and the talent is younger. I think our pitching staff has the potential to carry us with the depth we have and talent with the new freshman. We have the seniors who are going to do our job and pull our own weight but I really think it’s the … younger guys who are going to pitch a lot.”

The Owls fared better at the plate last season, ranking seventh in the conference in batting average, slugging percentage and home runs. But the team will have to replace its top four leading hitter from last season, including infielder Braden Comeaux who led the team with a .346 average. In their place, sophomore outfielder Guy Garibay Jr. and sophomore infielder/outfielder Connor Walsh will look to build off of promising freshman seasons, while Bullman and junior infielder/outfielder Justin Dunlap will bring a veteran presence to the batting order.

After a solid offseason, the team has high expectations for the upcoming season, according to Garcia.

“We have a different mentality toward playing ball than we have had in previous years,” Garcia said.  “I think we are going to have a winning record this year. It’s not going to be like it has been for the last couple of years.  We’re going to make the conference tournament. I believe that if we have the chemistry that I can see right now ... then we’re going to do pretty good.”

With the excitement surrounding the new staff, and the improved culture in the locker room, Garcia hopes the team can make a return to the dominance they had in the past, when Cruz led the team from the field.

The Owls will open their 2022 season on the road on Feb. 18 against the No. 1 University of Texas, Austin.