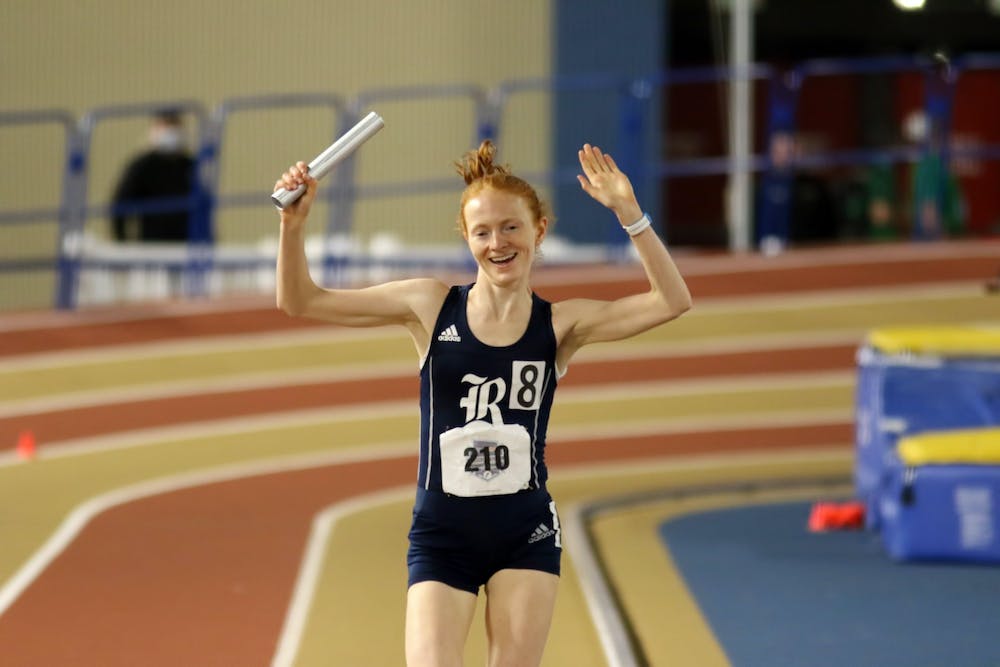 “The meet is just a starter for us, a ‘rust buster’ if you will,'' Bevan said.

The team is coming off of a 2021 season which saw them place fourth out of 12 at the Conference USA Indoor Championships. They managed to achieve this despite  having to deal with last year’s winter storm in the days immediately prior to the meet, as well as the fact that it was their first meet of the season due to COVID-19 cancellations.In fact, it was the Owls’ first tournament since the start of the COVID-19 pandemic, meaning they had not competed in nearly a year when the tournament rolled around.

This year, the team will have a more normal schedule, with the Owls set to compete at four meets before the C-USA Championships.

In addition to the team placing fourth at conference, junior shot putter Erna Gunnarsdóttir and sophomore distance  runner Grace Forbes both had standout performances, earning individual gold medals and qualifying for the NCAA Championships. Gunnarsdóttir’s winning throw was over two meters greater than the second place effort, and Forbes won both the mile and the 3,000-meter races in dominant fashion, setting a new meet and school record time of 4:37:53 for the mile and beating second place in the 3,000-meter by over 20 seconds.

This year, the team will look to improve off of those results. Forbes and Gunnarsdóttir both return and will look to get back to the NCAAs, where they finished sixth and eleventh in their respective events. Simpson-Sullivan, Coutee-McCullum, Hunter-Galvan and Okafor all return as well. According to Bevan, he is optimistic that the team can continue to grow and improve off of last year’s showing

“We have an energized group that has a lot of potential,” Bevan said. “We have a very well rounded team and I am looking forward to watching their growth as we start competing.”

As the season gets underway, Bevan said he is optimistic about what the team can accomplish. According to Bevan, the team has a shot to win conference and make their mark on nationals.

“We have athletes in all events that all have a chance to score at conference,” Bevan said. “We will be highly competitive in our conference and we will have a presence at the national meet.”

After this weekend’s meet, the Owls have meets scheduled for three weekends in a row, with two taking place at UH, and one at Texas A&M University, before they head to Birmingham, Alabama for the C-USA meet from Feb. 19-20. After that, whoever qualifies will head to the NCAAs, which are also taking place in Birmingham this year, from March 11-12.