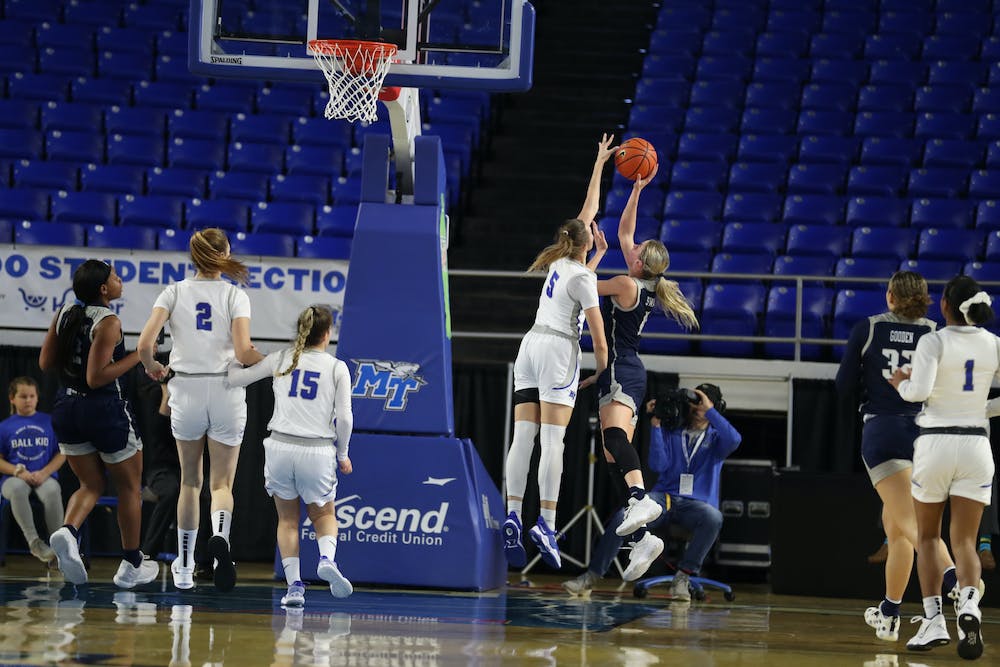 Rice’s originally scheduled conference opener against the University of North Texas was postponed due to COVID-19 protocols, meaning that the Owls would open their conference season on the road against MTSU.

Though Rice got out to a 25-17 lead by the end of the first quarter, the Blue Raiders would make their own run, outscoring the Owls by 19 points in the second quarter to take a 46-35 lead into halftime.

Once the Blue Raiders took the lead, they didn’t look back as they continued to add to their lead in the second half. The final buzzer sounded with the scoreboard reading 87-63 in favor of MTSU. According to head coach Lindsay Edmonds, the circumstances that her team faced were extremely difficult leading up to their game.

“Trying to get back into game shape after 10 days of quarantine has been extremely challenging, but I’m not into making excuses,” Edmonds said. “That was the hand we were dealt and we needed to respond better.”

The Blue Raiders’ defense frustrated Rice, as the Owls committed 20 turnovers while shooting only 36.5 percent from the floor. The Blue Raiders turned the ball over seven times while making 50.8 percent of their shots. The Owls were led by redshirt freshman guard Maya Bokunewicz, who registered a career-high 20 points off the bench. According to Edmonds, while the game did not go Rice’s way, she believes her team will learn from the situation moving forward.

“Middle Tennessee was the much better team today and we didn’t step up to the opportunity,” Edmonds said. “I’m disappointed in our showing today but do believe there are plenty of things we need to and will learn from these challenges.”

Prior to Friday, the last time the Owls took the court was on December 16, 2021, when they went on the road to take on Sam Houston State University. After a closely fought first half, the Owls erupted for 32 points in the third quarter to take a commanding nine point lead over the Bearkats. The Owls remained firmly in the driver’s seat the rest of the way, beating Sam Houston State 74-64.

Following their game against Sam Houston State University, the Owls were then set to take on No. 23 Texas A&M University in College Station on Dec. 19. The Owls would then follow that game up by hosting Texas College on Dec. 29, before opening their conference season at home on New Year’s Day against the University of North Texas.

However, the Owls’ games against Texas A&M and Texas College ended up being cancelled, bringing an end to their non-conference season. At the end of non-conference play, the Owls record stood at 5-3, highlighted by double-digit wins against St. Edward’s University, Texas Southern University and Sam Houston State. Their lone game against a power-conference opponent was a 68-48 loss to Oklahoma State University.

The Owls were supposed to take on the University of Alabama at Birmingham the following day, but that game was postponed. The Owls will now look for their first conference win when they host the Hilltoppers of Western Kentucky University on Thursday night at 7 p.m.