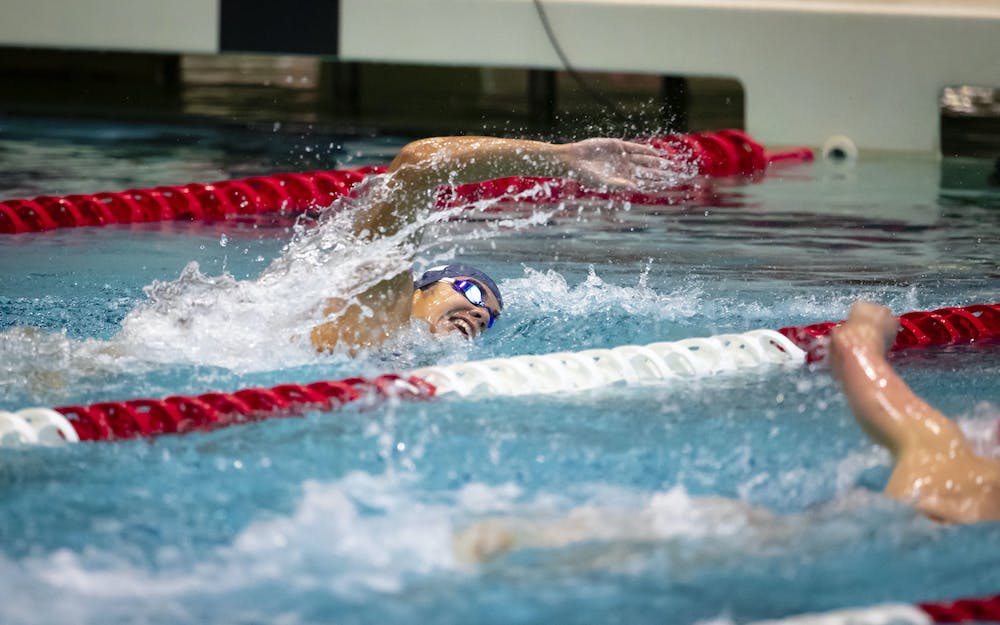 “We needed to get up and race today,” Huston said. “It’s been a month since we competed. We did it with a pretty lean, mean team, swimming 18 of our 31. I was happy with what I saw. We looked tired but we swam some strategically smart races and we had some people get up and really race.”

Senior Marta Cano-Minarro gave the Owls their only first place finish on the day in the 200-yard freestyle. Freshman Sydney Morgan added second place finishes in the 500-yard freestyle and the 200-yard butterfly, while freshman Arielle Hayon placed second in the 100-yard butterfly. Despite competing with a shorthanded team, Huston applauded his swimmers for doing their best and performing well at the meet.

“I was really happy with Marta Cano-Minarro,” Huston said. “She came from behind to win the 200 free and she had a great 100 fly for her. Arielle Hayon came up with a solid 200 fly and a really good 100 fly for where we are at in the season. I was really watching how we would compete at the end of the meet and I thought we did a pretty good job even though I think the gas tank was pretty empty for a couple of people.”

After the meet, Morgan said that her intense preparation as well as her execution helped her perform well on Friday.

“I think that I did a good job of preparing myself to race both physically and mentally,” Morgan said. “We’ve been doing some pretty intense training so everyone is tired, but I did my best to execute my race strategies and fight to get my hand on the wall.”

Morgan added that she aims to improve by working on her technique so that she can be in her best shape for the conference championship, which is at the end of February.

“We won’t compete again for two weeks and I bet we’re a whole lot better in two weeks,” Huston said. “Everyone here has been dealing with COVID but to [push] on and still be able to compete today [when a number of dual meets around the country are being postponed] and stay the course was really important. Everyone who was able to race proved that they were ready to go mentally even if they weren’t quite there physically.”

Following this tri-meet, the Owls will take a short break before returning to action as they host Conference USA rival University of North Texas on Jan. 22 at 11 a.m. in a dual meet. Following other meets to close out the regular season, the Owls are expected to compete in the Conference USA Championship from Feb. 23 -26.

According to Morgan, the team hopes to build upon their 2nd place performance at the competition last season and win the championship for the first time since 2014.