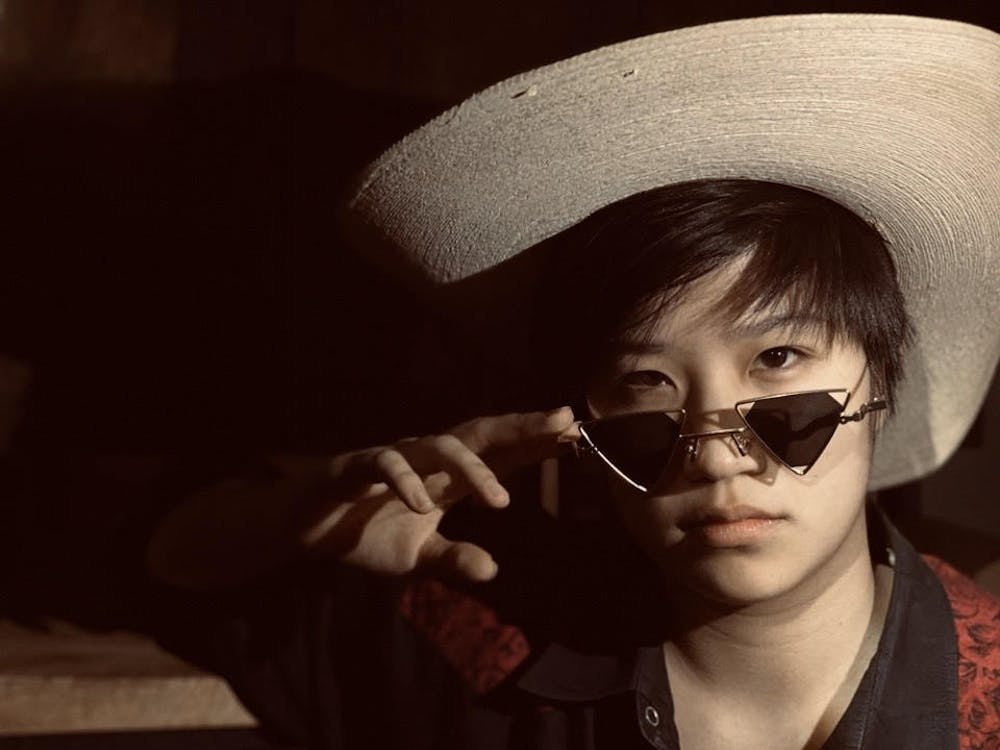 Lydia Wang’s love for acting bloomed when she was first introduced to Shakespeare in elementary school, and the Bard has inspired them ever since. She will be graduating this fall with a double major in visual and dramatic arts and mathematics and hopes to continue pursuing theatre in the future, where they can continue to bring characters to life through her own voice.

Wang, a Jones College senior, said that the magnetism of Shakespeare has drawn them into theatre from the start of their acting experience until now; in addition to performing their school productions, she also attended Shakespeare-centered summer camps for several years in high school and has always enjoyed acting in Shakespeare plays.

“The first time I ever acted was in fourth grade. I had a wonderful teacher who introduced us to Shakespeare in a very approachable way,” Wang said. “I am a real Shakespeare nerd at heart. It’s not like I only do Shakespeare, but Shakespeare really drew me in because of how timeless those stories are. Even though they were written 400 or some years ago, they still resonate with a modern audience. You’re not meant to just read it on the page. You’re meant to say it aloud, breathe the words.”

“Much Ado About Nothing” is one of Wang’s favorite Shakespearean comedies. Her high school production of the play cemented her love for acting, and, now coming full circle, she will play Beatrice in the Wiess Tabletop production of the show.

“Beatrice is one of the best characters in Shakespeare. Honestly, she’s got such zest,” Wang said. “She deeply and fiercely cares about the people that she cares about and is such an interesting character. She’s one of my dream roles.”

In high school, Wang became heavily invested in theatre and wrote her own computer program that helps actors learn their lines.

“Usually, you need to just sit down with another person who can have the script in their hands as you say aloud the lines, and they tell you if you get something wrong,” Wang said. “I was in high school, and all the other principles were cool seniors. I was like, ‘Oh God, I don’t want to ask them to run my lines with me.’ So then I did the absolute nerdiest thing possible. I’m going to run a program [which] runs my lines with me. I still use it now to memorize my lines if I can.”

Wang entered Rice as a VADA and computer science double major, although she eventually replaced computer science with math. They said that while computer science has some overlap with theatre — such as with the program she wrote in high school — math has significantly less, so they will most likely have to choose between the two after graduation.

“I really don’t want to give up theatre entirely. If I were to go into a job that uses my math degree, I still want to participate in theatre in some shape or form,” Wang said. “The more I think about it, the more I think I may end up going towards theatre for my life because I know that I love it… It’s one of the big constant loves of my life. For math, [my love] waxes and wanes, but theatre, I know I love. ”

Wang enjoys acting specifically as a form of creative expression because even for shows such as Shakespeare’s that “have been done hundreds, thousands of times,” she is able to filter the art through their own experience.

“I think it’s really interesting to find words on a page that were written by someone else and still make them your own,” Wang said. “As somebody who’s been raised as a woman, women were not allowed to be actors back then, so it obviously will be different when I am performing as Beatrice compared to some actor in Shakespeare’s time who had to shave his beard and put on women’s clothing and go and perform Beatrice.”

Wang said that the explorations of themes such as womanhood in Shakespeare’s works resonate differently for them than they do for the characters that she portrays.

“Those lines about being a woman are going to be different for me, as somebody who is somewhat unsure of her womanhood,” Wang said. “That’s why I’m going by she/they right now — I’m not so sure, whereas this character is pretty damn sure. [Acting] is filtering all these things through me.”

Wang said, in the end, she finds theatre to be a “magical” experience because it requires so many individuals working behind the scenes and in tandem to create an impermanent piece of art.

“It is something that performs for two weeks, and then it’s gone. You take down the set, you put away the costumes, and it’s not there anymore,” Wang said. “That’s sad, but it’s beautiful because you put forward this one presentation, you hope that people see it and that they’ll remember it. That’s all you can do. You just hope.”