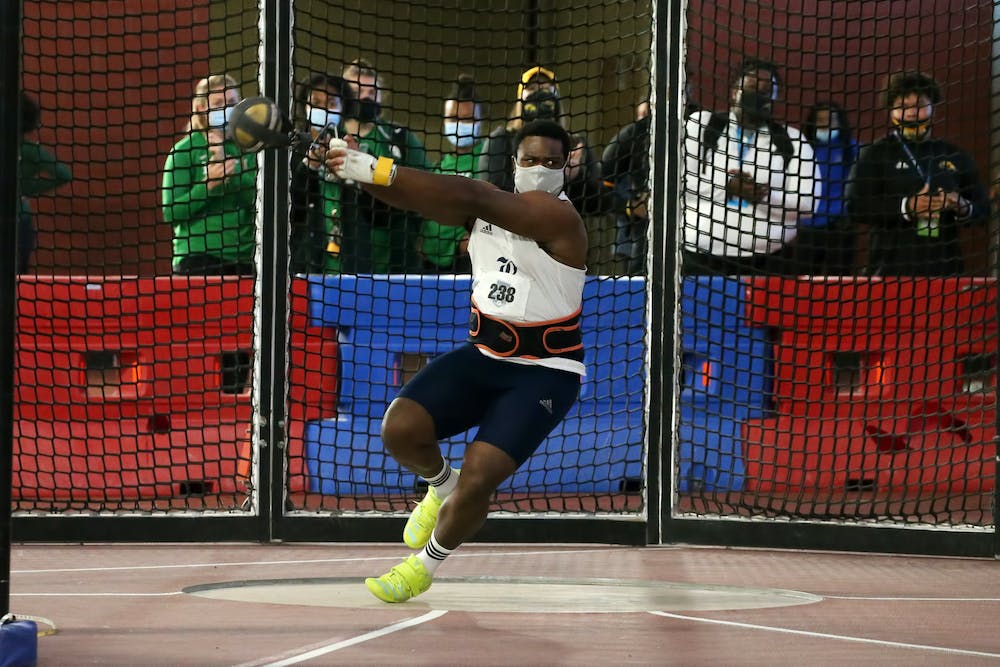 “For these athletes, this was the perfect meet,” Warren said. “They got to work on a few things in a competitive environment and get their seasons started off right.”

Junior runner Evan Marshman, who took second in the 400-meter, said that the meet was a great opportunity to receive constructive criticism from his coaches so that he can continue to improve as the season progresses.

“My teammates and I were able to communicate with our coaches leading up to our events as well as receive feedback right after,” Marshman said. “This helps us highlight what we did well and what we need to work on going forward. Overall, it was a positive experience for everyone since we view these meets as valuable opportunities that will help us improve.”

The high jump event, which only featured Rice athletes, was won by sophomore Ese Amata. Freshman Patrick Elizondo and freshman Gus Henry came in second and third, respectively. Although not every Owl placed at the meet, according to Warren, the athletes performed well in their respective events.

“Ese Amata and Patrick Elizondo kicked off their seasons in the high jump,” Warren said.  “[Freshman] Javier Alatorre set a personal best in the high jump. [Junior] Austin Conrad and Evan Marshman got off to good starts in the 60 meters and the 400 respectively.”

After the meet, Amata said he was pleased with his achievement at the meet and believes that his teammates have improved from their 5th place finish at the Conference USA championship last year.

“It was my first victory ever in the indoor season,” Amata said. “I also saw a huge improvement from my teammates compared to last season.”

After not winning in the indoor season last year, Amata said that he was able to improve during the offseason by becoming increasingly poised at meets.

“Last year being my first year I was mainly focused on getting comfortable competing at the collegiate level,” Amata said. “With one year under my belt, I am more confident and determined during competitions. This offseason I worked on critiquing my high jump approach.”

This upcoming Saturday, Jan. 22, the Owls will hope to implement the improvements they made over the offseason as they will take part in a bigger meet. A larger portion of the team will participate in the FasTrak Collegiate Challenge, which is hosted by the University of Houston. According to Warren, most of the athletes will get their first action this weekend, while others will start the season the weekend after that.

“Next week we will get two-thirds of the team going,” Warren said. “The group that competed this week will compete again and the throwers will start their campaigns. The distance group will start the following week, Jan 28-29 at UH.”

With the team entering their first taste of competition this week, Warren stated that he has high goals for his squad this season. Warren aims for his athletes to qualify for the postseason and place highly at the C-USA championship and believes that his players have the character to do so.

“We have some super athletes and people on this team,” Warren said.“Looking at both the indoor and outdoor seasons, we are confident that a good amount of athletes will qualify for the postseason. If things fall into place, I am hopeful for a very high finish at the conference meets.”

According to Amata, he intends to place highly at the conference championship to ensure a spot at the national championship.

“My goal for this season is to place top three at the conference championship and qualify for NCAA Indoor Nationals,” Amata said.

Marshman said that, in addition to his individual goals, he wants to support his teammates so that they can also reach their best as well.

“My goal is to help the team as much as I can by scoring points at the Indoor and Outdoor Conference USA Championships,” Marshman said. “While performance goals are important, I believe it is just as important to continually support and encourage teammates”

The Owls will compete in three more regular season indoor meets before they head to Birmingham, Alabama for the C-USA Championships in mid-February and will finish their season in early March with the NCAA Championships if any Owls qualify.