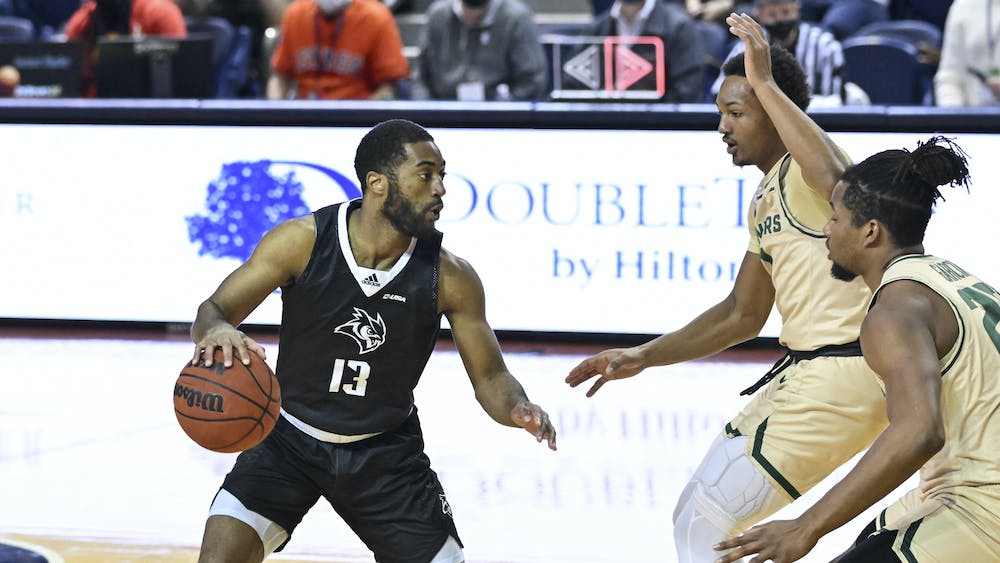 The Rice men’s basketball team will play an important conference game against Louisiana Tech University on Thursday. Having won 11 and lost 7 games so far this season, the Owls will look to improve on their 4-3 Conference USA record when they play the Bulldogs, who are tied for first place in the conference, in Ruston, Louisiana.

Head coach Scott Pera said that the Owls will have to play their best to beat the Bulldogs, who have won 10 games and only lost one when playing at home.

“It is going to take a heck of an effort to go on the road and beat a very good team who is also very good at home,” Pera said. “We have certainly shown flashes and signs that we are capable of playing for long stretches and we are going to have to do that Thursday night.”

Max Fiedler, a sophomore forward for the Owls, said that the Owls will need to execute the game plan perfectly in order to get the win against the Bulldogs.

“It is going to take a full team effort to beat LA Tech,” Fiedler said. “It is going to be a challenge, but if all the guys buy in and execute the game plan, we have a good chance of going in there and getting the win.”

The Owls will go into the game on the heels of a 64-67 loss to the University of North Carolina at Charlotte on Saturday. Prior to that game, the Owls had won four of their previous five conference games and were climbing up the C-USA standings. Thursday’s game will be a chance for the Owls to solidify their spot in the top half of the conference as they head into the season’s home stretch. With 11 more games left in the regular season, Pera said that he’s focused on continuously improving with each game.

“With 11 games left in the season, our goal is to play as well as possible against LA Tech,” Pera said. “I also concentrate on us getting better every day and each game. If we play like what we are capable of playing, all of the other stuff takes care of itself and that is what we are worried about.”

Fiedler believes that growth in the locker room will be essential if the Owls want to prove that they belong among C-USA’s best. With five new players added to the squad and with some players leaving the team, Fielder said that the Owls are getting better at understanding each other on and off the court.

“Once we get everyone to start playing well and really clicking in the locker room, we can really grow as a team,” Fiedler said.

However, Pera finds that the team is struggling to maintain consistency on the court, especially when one side of the ball fails to perform at a high level.

Following their game against the Bulldogs on Thursday, which tips off at 6:30 p.m., the Owls will face off against the University of Southern Mississippi on Saturday before returning home the following weekend.