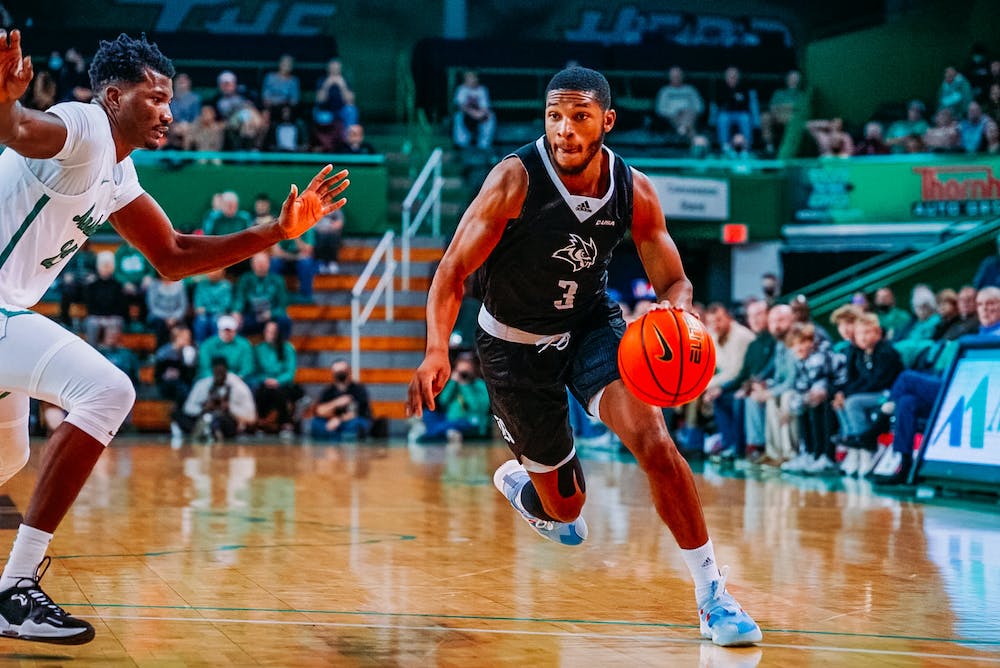 Despite playing on the road, an early 16-2 run propelled the Owls to a double digit lead in the first ten minutes of the game. After Western Kentucky switched from a 2-3 zone to a man-to-man defense, the tide began to turn and the Hilltoppers cut Rice’s lead to two going into halftime. Western Kentucky extended their scoring run after the halftime break and did not relinquish their lead. After the game, head coach Scott Pera said multiple factors led to the loss.

“I don’t know that [Western Kentucky] made tremendous adjustments, in that they started pressuring us a little more,” Pera said. “We missed some shots that we [could have made]. We missed some opportunities to cut the lead back when they got it. They’re a very talented offensive team as talented as any offensive team in the league. They’re playing at home [which] is a tough place to play.”

According to sophomore guard Travis Evee, the defensive adjustments by WKU head coach Rick  Stansbury ] shifted the momentum of the game.

“[Western Kentucky] started in 2-3,” Evee said. “We were able to hit some easy looks early, which was able to get us in a rhythm. Towards the end of the first half, they switched to man and they sat on a couple things that we were trying to do. They were able to use their length [and] physicality against us.”

“When you have a 7’5” guy in the middle that makes things pretty challenging,” Evee said. “Just to have [Sharp] in there, affecting drives [and] blocking shots made it pretty difficult.”

Despite the final score, the Owls ended the game with four players scoring in double-figures. Freshman Mylyjael Poteat shot 70 percent from the field and led all Rice scorers with 15 points in just 20 minutes. Evee credits Rice’s strong first half start to having a strong game plan and playing unselfishly.

The Owls closed out their weekend on the road against Marshall University.  The Owls got out to a big first half lead, and this time they were able to hold on, winning by a score of a 87-77 to bring their conference record back above .500. Coming up, the team has the heart of their conference schedule, before they begin to prepare for the postseason. Pera said that as the season goes on, the team will only keep improving with continued health and experience.

“One of the keys right now is being who we thought we’d be on November 14, and that is a healthy, talented, older basketball team,” Pera said. “We have gone through some injuries with Quincy and Chris. We went through the COVID issues over the holidays. We feel that we’re finally hitting our stride.”

The Owls will play Old Dominion University on Jan. 20 at 7 p.m. at Tudor Fieldhouse, as they look to get their fourth conference win.