Familiar movies for comfort during an unfamiliar semester 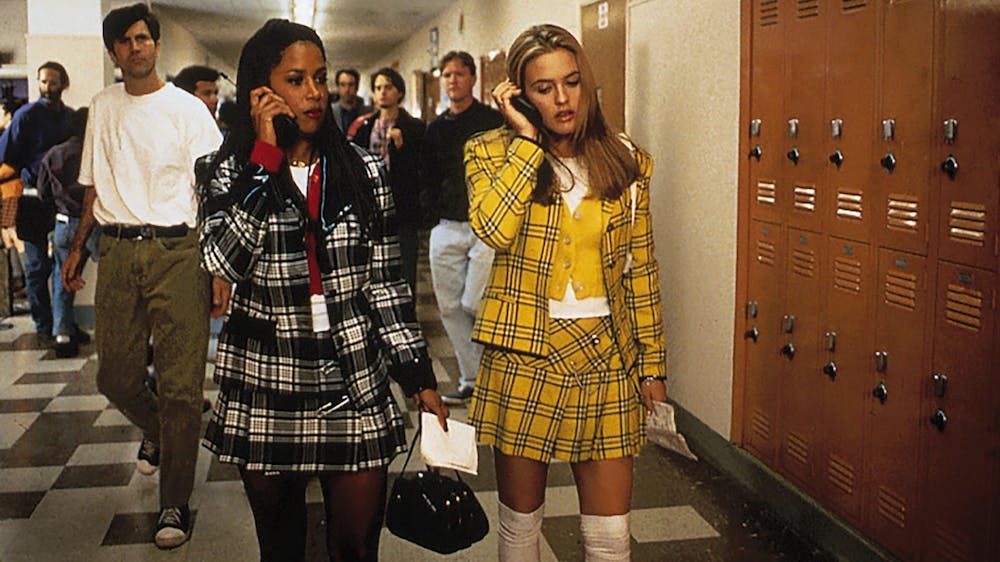 As the semester starts up again, COVID guidelines wax and wane and everything else changes in your life, it might be easy to feel overwhelmed. One way to manage this stress, though, is through activities that don’t take lots of brain power and bring you back to a familiar, calm state of mind. Watching movies is one way to do this that can be done alone, with friends, in comfort or – if you must – while doing some homework. But what to watch? There are so many streaming services through Rice alone (don’t forget your free HBO Max, Kanopy, and Philo!). Perhaps you can never see Mamma Mia too many times, but you need some variety. Here are some good PG-rated comfort movies available on multiple streaming platforms.

One of Studio Ghibli’s best known films is “Tonari no Totoro” – or “My Neighbor Totoro.” It follows the story of a family who has just moved to a new home near the woods, and the curious younger sister Mei meets Totoro and his friends. When she goes missing, the older sister must work with the forest creatures to bring Mei home. A feel-good story with amazing art and imagination fuel.

From the same director who would later make the Spy Kids movie series, this movie is a cult classic with its surprisingly catchy score, cheesy greenscreen and special effects, Taylor Lautner in his youthful XMA days and George Lopez, a well-known Mexican comedian who would appear in many more kids’ movies, especially on Nickelodeon. This story follows a boy whose imaginary friends come to life, and he joins them on a journey to save their planet from Mr. Electricity, a corrupted leader of the dream world. It has some music, but not enough to consider it a musical. It is a great choice if you don’t want to take a movie seriously or need a nostalgia trip.

Nothing screams “90s chick flick” like “Clueless.” These kinds of movies are perfect to zone out to while still keeping us interested. “Clueless” has iconic plaid fashion and memorable characters in a similar style to “Mean Girls” or “Heathers,” minus the murder. Cher becomes less superficial throughout the film, eventually realizing that there is far more to life than boys– especially high school boys. These movies may be seen as shallow by some, but they still inspire confidence and the ability to do whatever you set your mind to, no matter how people see you.

Where to watch: HBO Max

One of Robin Williams’ best-known films, it tells the story of a father, Daniel, who has lost custody of his kids, so he dresses up as an old woman and becomes their nanny after seeing their mom’s request. That description sounds creepy, but this movie does a great job of portraying Mrs. Doubtfire as a female persona even after her identity is revealed. Mrs. Doubtfire represents someone Daniel never thought he could be, and it does consume him quite a bit. Some trans or gender non-conforming students may either love or hate this film, but it is progressive for its time. There is some homophobic and transphobic language used towards Mrs. Doubtfire, so just be aware of that going in. The kids are more accepting than the adults, of course. This is a great movie that shows the struggles of this double life with gender non-conformity with plenty of laughs throughout.

We’ve all seen a Mike Wazowski meme at least once in our lives by now, and this is his debut feature film. Mike and his best friend Sully are coworkers at a scream factory, equivalent to an electrical company of sorts. Their city is powered by the screams of children, so employees work long and hard scaring various kids through various doors. At the height of their jobs, though, Sully finds Boo, a 2-year-old girl who accidentally ended up in the monster world. In their hasty attempt to get her back to the human world before anybody notices, Mike and Sully uncover some dark secrets about Monsters, Inc. It’s animated, so it’s less scary than it sounds.

Where to watch: Disney+, Spectrum on Demand, Apple TV

“Night at the Museum: Battle of the Smithsonian”

This is perhaps another Ben Stiller movie series that’s been forgotten about. It follows a museum security guard and his adventures with the exhibits, which come alive at night. This second installment of the film is perhaps the most memorable. Before the dab, kids re-enacted the Thinker saying, “boom, boom, firepower!” This is an excellent pick if you want something funny with lots of action and a side of modernized historical parody.

In this comedy, a woman named Deloris (played by the iconic Whoopie Goldberg) is an aspiring singer, but she is forced to live in a convent of nuns after being placed in the witness protection program. In the convent, she is Sister Mary Clarence, and she is assigned to work with the church choir while at constant odds with Mother Superior in a classic tradition versus modern view of the church and world. Much to people’s surprise, Sister Mary Clarence turns the choir into a whole motown-style group that gains some fame, jeopardizing her identity to her murderous lover. A funny, feel-good comedy with an iconic star and a sequel, “Sister Act” delights audiences years after its release.

One of China’s most famous figures– if not the most famous– is Monkey King, also often referred to as Sun Wukong. Based on an internationally popular book, “Journey to the West” by Wu Ch'eng En, these movies reimagine the story of a mischievous monkey making his way to India for self-enlightenment. There are many movies and TV shows about this character to watch, including some coming out in 2022! Each movie has its own mix of action and mischief—live-action or animated—to choose from.

Two words: David. Bowie. Anyone who’s seen this movie already knows how captivating Bowie was playing Jareth, the Goblin King, in this film about a girl named Sarah who has to navigate an ever-changing labyrinth to get her brother Toby, whom she had been babysitting, back to the real world.