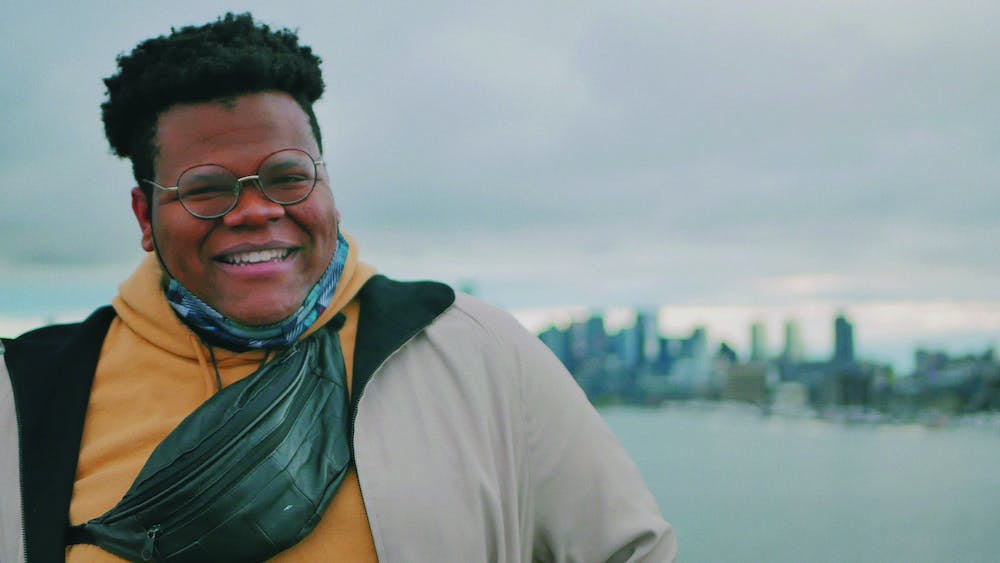 David Ikejiani, a Duncan College senior, is a one-man band — he sings, plays instruments from the saxophone to the ukulele, and writes his own music. On top of all this, he has also forged his own community of fellow musicians and artists in the Rice Music Collective and works tirelessly to ensure that students can come together in a shared creative space. He reflects upon his own musical journey, the challenges he has faced in balancing rigorous academics with music and his advice for other Black students to find support and community. Ikejani is currently working on releasing an EP.

Rice Thresher: How did you first get into music and singing?

David Ikejiani: My family has always been relatively musical. I always joke about it, but my mom was in a choir when she was pregnant with me, and that’s why I’m musical, too. I started learning how to play saxophone when I was in fifth grade, and I always sang in my family. That’s something we did growing up. But that was my first official instrument [and] education in a type of music. I also play guitar, ukulele, drums and piano — I’m learning a lot of instruments. I just wanted to be able to play as many things as I needed for making music.

RT: What are you currently working on, and what do you have planned for the future?

DI: I’m the president of an organization called the Rice Music Collective. It’s a community of musicians and creatives that are interested in the music industry, and we’re really providing a setting for them to excel in whatever path they’re choosing. At the end of last year, we did something called the Tiny Nest Music Concert — it’s a play off of Tiny Desk from NPR, and that’s a way for people to get experience performing as well as releasing music video content. This year, we’re aiming for our big thing to be a music festival towards the end of the spring, COVID willing. In addition to that, we’re playing with the idea of making Tiny Nest an annual thing. And lastly, a big thing for us is collaboration, both on the individual [level and] across organizations. Right now, we’re in collaboration with Nocturnal in recording their first studio album.

Looking towards individual stuff, I’m working on releasing an EP soon. So I’ve been producing stuff over the break and towards the end of last year. I’m working on finishing up some tracks now, and am planning a release schedule for that soon. I’m also doing pop up performances as part of the club, performing at Africayé and soul nights, and I’m a part of a couple bands here on campus as well.

RT: What are your favorite genres of music, and, within those fields, do you have a favorite musician?

DI:  I would say that I was raised on soul and jazz. I like a lot of genres, but that’s the center of them, and it branches out from there. I definitely have a lot of jazz, soul, and neo soul influence in the music I make and write for, and just how I think of ideas. That’s the basis, but I really love listening and writing for hip hop and rap, and some more indie alternative stuff as well. I definitely think Bruno Mars is a huge [inspiration] for vocals in general. In terms of production, variability, and ability, I think people like Jacob Collier and FINNEAS are really good new [artists] right now. In terms of more independent producers that focus on drums, The Kount is really good at that aspect of music production.

RT: What has been your favorite musical experience?

DI: That’s hard to choose. I think my favorite [performance] is when I played at my second Africayé. I played an original song of mine, and I had a really positive crowd response. People were really enjoying the show and came up to me after it and were asking, “Oh, what’s the song?” or “Who made it?” And that’s me. So that was a really validating experience for me on my path as a musician — that if I pursue it, it’s hopefully something people would be interested in. In that same vein, a big musical experience for me [was] also related to that same song. It’s called “What About Love,” but at the time, I only made it for guitar. A couple months later, I finished producing a more fleshed out track, and I showed a couple of people that are actually in the music industry, and they were like, “Oh, this is like a professional level song!” That was a really mind-boggling experience for me, the first time where I felt like my production or my skill was at the point where I’m proud to show stuff I make.

RT: On the flip side, what are some challenges that you have faced on your journey as a relatively young musician who is already releasing your own music?

DI: Some challenges I’ve faced come more on the logistical side of things. If I could make music 24/7 and not have to worry about anything, I would, but [I’m] thinking about school and thinking about work, and just trying to operate in ways where I can have a relatively financially secure future, while also being able to pursue music. [I’m] operating on a bioengineering schedule as well. It’s always a bit difficult to plan those late nights where I have to work on homework or work on music, because I want to pursue both. It’s difficult balancing different passions — I’m also a photographer and videographer, because I want to use those as a part of my art. But I think having those varieties of passions is also a strength on its own.

RT: What advice would you give other Black students who are passionate about music?

DI: It can be relatively isolating when you come into this type of institution that doesn’t really have as many people that look like you or have similar stories as you. So my advice is really trying your hardest not to be deterred by that. [Try] your hardest to make that community of your own. My sophomore year and my junior year, me and a couple people I knew formed the Rice Music Collective, and invigorated it to the point where I have a lot of friends there — a lot of people that I’m really close to and are also passionate [about] music. If you don’t have that community, it’s [about] making it and making the most out of the situation that you’re in. [It’s about] not being too pessimistic as well, because I think it’s also very easy to fall into [thinking] it’s not going to change. It’s a matter of finding the silver linings in situations and making as powerful changes as you can for yourself and people you care about.