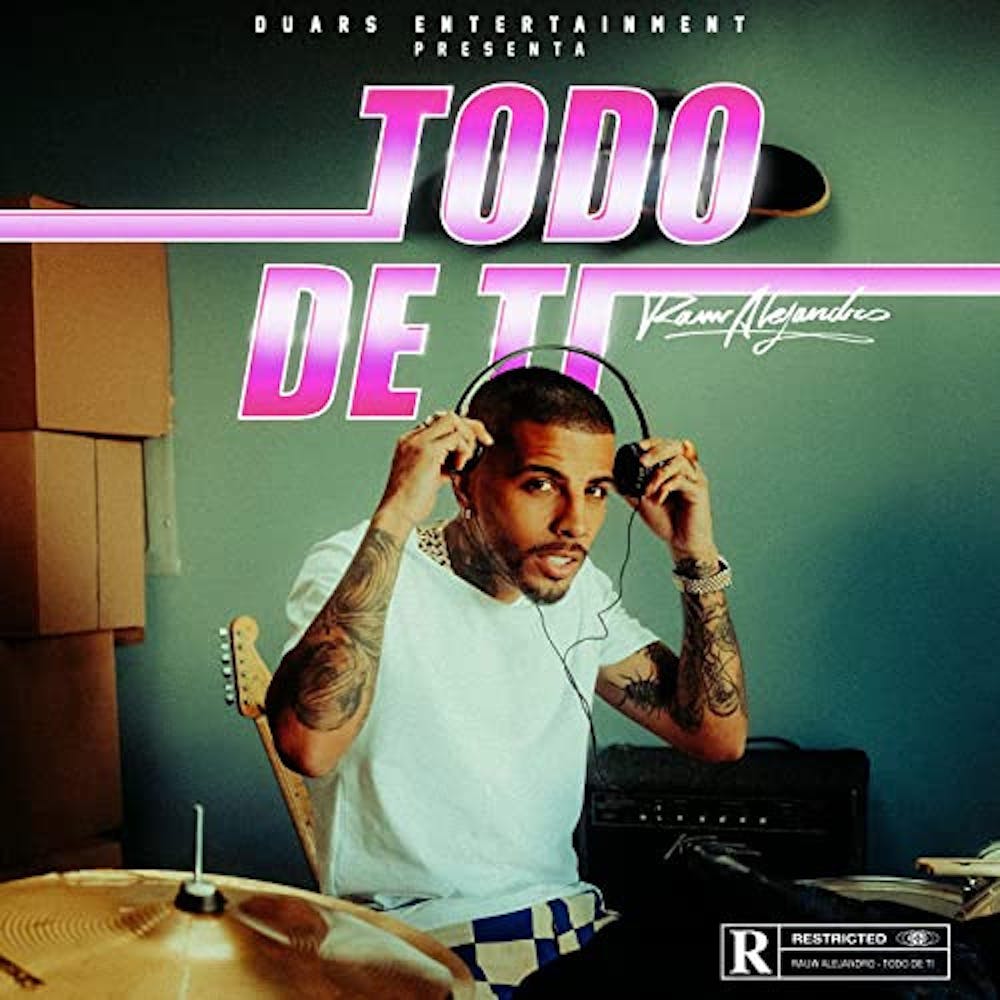 Through an undoubtedly up and down year, the only consistency has been massive smashes of songs. Pop saw a trio of Olivia Rodrigo anthems and the triumphant return of Lil Nas X bump out of radios while critical darlings made their own mark. While the pandemic loomed over last year's releases, no clear theme seemed to be present throughout  2021 song releases, allowing for a wide berth of tracks. Here’s some of my favorites:

In a world where rap violence seems to be more gimmick than reality, “Back In Blood” carries itself with genuine menace while Durk and Shiesty trade quotables.

While the first verse bounces like a solid pop jam, Phoebe Bridgers’ apt description of love in CVS paired with power chords pushes this song to new heights.

18. “Be Sweet” by Japanese Breakfast

Upon a sonic landscape of palm muted picking, jittery hi-hats and plucky 80’s synth, Michelle Zauner dances her way into a song that’s somewhere between a celebration and a prayer.

From the start of her thrilling debut “Pressure,” Big Jade brings the heat with a constant stream of bars over Beatking’s heavy drums. Just when you think the song may be losing momentum, a beat switch injects the track with a new frenetic energy.

The groovy instrumental and Tyler’s funny flirting are cool, but let’s not get it twisted as to why this song is here: Youngboy drops the best verse of the year — it’s thirty seconds of perfection.

A master of simple desires, Park Hye Jin persistently yearns over piano chords and house drums. Equally wistful and hopeful, “Let’s Sing Let’s Dance” fades in and out of the background, from the personal to the impersonal, and back around again.

After a breakout banner year in 2020, Myke Towers returned to reggaeton this summer in a huge way with “Pareja Del Año.” Every melody pulls between simple and complex, creating a memorable and painfully catchy song.

From the “yuh” into the bass drop, “Need To Know” is a blatant expression of sexual need. Doja smartly plays both the song and the listener into becoming a participant in her explicit memorable and exciting sexual fantasies.

This track is a pure shot of city pop excellence, injected by fleeting guitar riffs and a sweeping chorus. Horns pulse around the hook as the bass propels the song forward into a restrained yet soulful guitar solo that leads us back home to the perfect chorus.

In some regards, calling this a good song feels like a stretch. That’s because “La Mama De La Mama” isn’t just a song, it’s an experience: hearing it blasted out of New York City club speakers, compelling the throng of bodies to move. This song tore up every function where it was played, turning even my company party into a pure Dominican dembow bacchanalia.

As one of the new cadre of artists straddling satire and tribute, Slayyyter thrives when she falls into the latter category. “Over This!” is pure JoJo-, Avril-, Britney-era pop that takes modern supersaw sensibilities and runs with them. It’s bitterness that hits with a million synths, a knowingly trite bite, a self-righteous saltiness.

I didn’t get “drivers license” at first, but that’s because I was trying to get it. Once I let myself sink into it, scream into it and project onto it, the Olivia Rodrigo hit clicked. There’s nothing I can really say that hasn’t been said but if anyone still thinks this is an algorithmic Lorde rip-off consider: “so what?”

Hyperpop darling Rakky Ripper pulled off the best pure pop song of the year. Trading between English and Spanish, she carefully balances lovestruck desperation (“Tu me vas a hacer suspirar”) and blasé girlbossery (“1, 2, 3, 4, 5 / Whatever). The song sounds like the soundtrack to the same club Rakky Ripper asks to get out of and a blast to the past of texting on pink bedazzled flip phones.

“GREENER KNOTS” breathlessly pushes us through a collage of musically and thematically interlocking memories. A young Maxo watches WWF wrestling while gunfights happen outside while an older Maxo is “dropping off loads on the roads to the riches” and trapping out of the courtroom. Despite the grim subject matter, the non-stop dexterous flow keeps listeners engaged as does the promise of something different for Maxo’s newly born child.

“Unfold” provides an argument for making music that sounds like its subject matter. Wide synths feel like an enveloping force field, unfolding in front of listeners and beckoning them in. Coming towards the end of “Nurture,” Porter turns his back on the nostalgia of his past work to accept his current state and joy for life. It’s a celebration, certainly, but one that understands the gravity of its revelation.

4. “Beating Down Yo Block” by Monaleo

My only regret of the summer was that I missed being in town for Ms. Monaleo’s moment. For all the hits to come out of Houston in the last decade, “Beating Down Yo Block” feels like something so totally Houston’s. Monaleo’s flow swaggers like Pimp C, punches like Z-Ro and flaunts like Paul Wall, but she pushes past the references and develops a sound a little unlike anything I’ve ever heard.

Gargled voices scream from the void until the best bassline of the year juts out from under them. From this anchor, a twisted voice murmurs, “I can tell your mind goes/in and out holes.” Calling this an EDM song feels like a stretch, but by the time the heavy kicks of the chorus hit, it’s definitely the soundtrack to a hazy club night. It sounds like bodies on bodies and slowed reactions from the titular drug.

2. “Look At The Sky” by Porter Robinson

Porter Robinson’s “Look At The Sky” blasts off as a small piano riff grows into an unimaginably massive and equally ecstatic motif. Self-affirmations that could feel empty are buoyed by earnest delivery and coy instrumentals. By the time the bridge concludes into a joyous scream, the motif throws itself above a four-to-the-floor crush until it pulls itself back together for a final, perfect, blisteringly optimistic chorus. There are few songs that can change my mood instantly and even fewer that can induce a positive change in mood, but “Look at the Sky” is one of those songs.

The thing is, there’s a song from this year even better at inducing instant, unquantifiable happiness. Reggaeton superstar Rauw Alejandro counts up and, instead of leaping into the unmistakable reggaeton rhythm, the song explodes into an ’80s synth groove, anchored by churning bass and hand claps. Rauw pulls off the wondrous magic trick of this song: a catchy, non-stop pre-chorus that explodes to a drawn, airy chorus. Even this brilliant chorus leads into another breakdown. This destroyed every room I was in where it was played.