Shows to watch this winter break 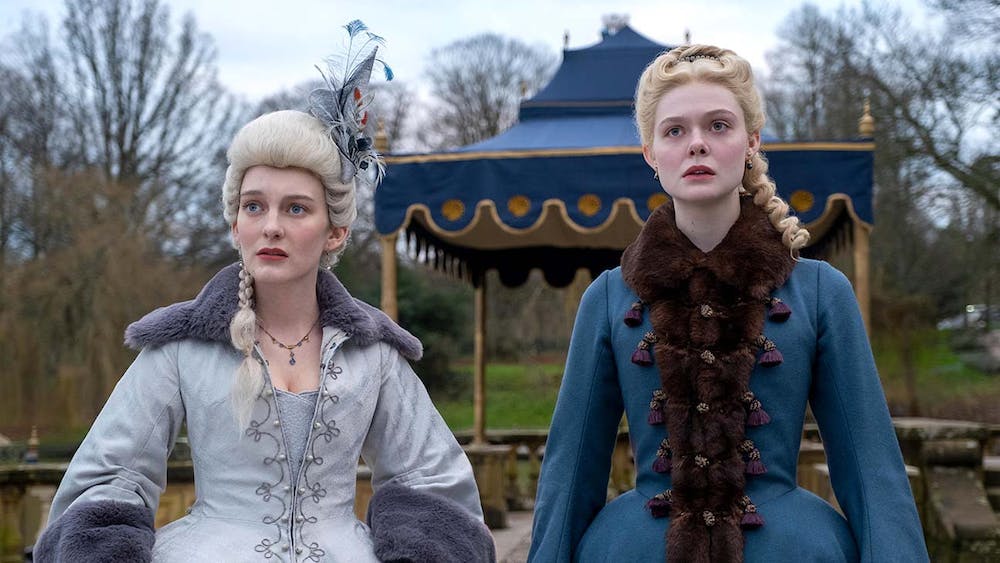 In need of a new show to watch after watching Grey's Anatomy for the fifth time in a row? Here are options for your new procrastination session, spread across various streaming services in case your sister-in-law stopped paying the Disney + subscription.

“Dopesick” is an eight part series based on a book of the same title by Beth Macy centered around the opioid crisis of the 1990’s. Each episode is the length of one chem lecture — the perfect amount of time to keep viewers engaged.   “Dopesick” is available to stream on Hulu.

“The Great” is a satirical reenactment of the reign of Catherine the Great, an empress of Russia in the late eighteenth century, recapping her hilarious rise to power. This show is full of comedy and (sometimes true) history facts perfect to flex at the next study break. “The Great” is available to stream on Hulu.

Need drama in your life without actually being involved in drama? This is the show for you. Imagine having your dirty laundry aired out to the public on an ornately written blog or post on Instagram. Glamour, designer clothing, massive parties and, of course, gossip are everyday characteristics for these New York private school high students. Both the 2007 original and 2021 reboot are available to stream — nothing but the fashion changed. “Gossip Girl” is available to stream on HBO Max.

The series’ theme song sells this show to the highest degree. The catchy tune hooks viewers in for all six seasons of this stylish Nanny in ’90s Manhattan. “The Nanny” is available to stream on HBO Max.

In the age where aggression and violence plague our screens, here is a breath of fresh air with wholesome vibes from Ted Lasso, an ex-American football coach, who goes on to coach for a football (soccer) team in the UK in this optimistic underdog story. “Ted Lasso” is available to stream on Apple TV.

Gossip Girl viewers will recognize the protagonist of this show. Joe Goldberg is a bookstore manager with a dark secret — cycling through obsessions with women he views as attractive and in need of help. In this series,  Joe takes “love” to a whole new level. This psychological thriller may leave viewers thinking more carefully about what they post on social media. “You” is available to stream on Netflix.

“The Secrets of Sulphur Springs”

Despite this show being targeted for younger audiences, the solid plot of this series attracts older viewers as well. The protagonists must solve a mystery that happened decades ago in their small country town. The show brings the fun and unknown adventure of childhood onto your screen “The Secrets of Sulphur Springs” is available to stream on Disney Plus.

Name a better combination than life long best friends, crime and fake psychic powers. I’ll wait. This show recaps the various escapades of Shawn and Gus as they help the Santa Barbara Police Department solve cases unconventionally, using odd and ironically sometimes illegal sources to find out information which is relayed in an exuberant “psychic” reenactment of the crime. The winter break is just long enough to fit all eight seasons of comedy and mystery. “Psych” is available to stream on Amazon Prime Video.

Based on the classic “Anne of Green Gables” by Lucy Maud Montgomery, this Canadian adaptation effectively captures the book as it was told, highlighting the successes and struggles that Anne Shirley-Cuthbert faces during her time in Green Gables. This show details the life of whimsical and elegant orphan Anne, whose adopted parents originally sent for a boy but received her instead, and how she navigates as a carefree spirit in a stuffy country town. “Anne with an E” is available to stream on Netflix.